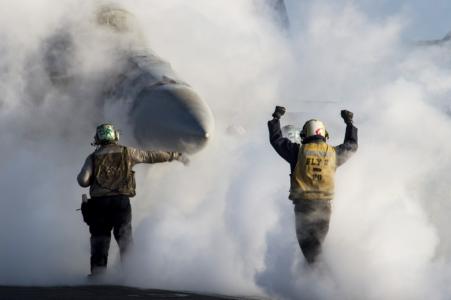 THE GOOD news for the world’s only remaining superpower is that the greatest injuries tend to be self-inflicted. That is, as they say, also the bad news. This was true well before Donald Trump won the presidential election.

The race to the White House will be remembered for its exceptional divisiveness and brutality—and for ending in a surprise plot twist. Hillary Clinton and Donald Trump were the most disliked presidential candidates in the history of polling. Before a single vote had been cast, America’s reputation had taken a massive hit in the eyes of the world. America’s overreaction to 9/11 marked the greatest damage to U.S. international standing since the Cold War. The 2016 campaign now claims that honor. And it still remains to be seen what damage a Trump presidency will do to American global leadership (if that’s even something President-elect Trump cares about). I’m hopeful that Trump will grow into the office he has just won. Hope dies last, after all.
But it doesn’t help that Trump won the Electoral College but lost the popular vote. That questionable mandate, combined with the further polarization that will inevitably follow, constitutes a serious national-security challenge because it will cast further doubt over U.S. leadership and its political legitimacy. The worst that Trump can do is pretend that divisiveness doesn’t exist and operate as if handed a blank check by the American people. And for the record, I would be saying the exact same thing had Clinton won.
Why does tarnishing U.S. credibility constitute a national-security threat? Because it means that your allies are less likely to back you, and your enemies are more likely to think they can damage you. And that means your enemies will try harder than ever to do just that. For all the noise the media has made about Donald Trump and Vladimir Putin’s budding romance, Russia has been tactically engaged in hybrid attacks against the United States for months. Putin may be an admirer of Trump’s, but he’s never been a friend of America’s. Moscow’s goal was never to steal the election, but to undermine the sense of American exceptionalism, the crown jewel of which is the peaceful transition of power from one president to the next. Had Clinton won and Trump refused to concede, there would have been jubilation in the Kremlin. Instead, Moscow now gets to play the long game—give Donald Trump enough rope, and he will hang American exceptionalism himself, while Russia portrays itself as a friend. That’s the real worry.
China is in an even better position than Russia. Beijing was already setting up alternate institutions to the U.S.-led order, like the Asian Infrastructure Investment Bank that was established to compete with the Washington-based IMF and World Bank. Suddenly, China looks like the only remaining sane and stable economic power the world has to offer, and its Asian neighbors—who had a lot riding on the United States and the ill-fated Trans-Pacific Partnership—are much more likely to play ball with Beijing. So is the rest of the world.
These are worrying developments. True, American exceptionalism has gotten the United States in trouble before; nation building in the Middle East comes immediately to mind. But on the whole, American exceptionalism has been a great U.S. national-security advantage—if it can be maintained. Otherwise it becomes a liability, and one the United States can ill afford at the moment.