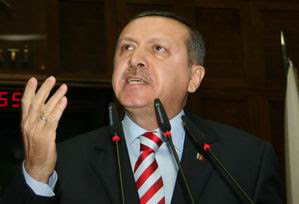 Members of the Coordinated Effort of Hellenes informed key Washington policymakers of Turkish Prime Minister Recep Tayyip Erdogan’s recent dangerous statements and their consequences. CEH leaders explained how Erdogan’s statements have injured the interests of the United States, Israel and the stability of the Eastern Mediterranean. The GCHQ listening post on Mount Troodos in Cyprus is arguably the most valued asset which the UK contributes to UK/US intelligence cooperation.

Three democracies in the Eastern Mediterranean have come under pressure from an increasingly aggressive Turkey aiming to expand and consolidate its regional influence. Distinguished by their Western affiliations in an explosive part of the Islamic world and by a geographic proximity that may constitute an eventual advantage, these three countries are Israel, Greece, and the Republic of Cyprus.