Rise of Islamic Front a disaster for Syria

On Dec. 11, The Wall Street Journal and other publications reported that Islamist rebels had seized the northern Syrian headquarters of Maj. Gen. Salim Idris, chief of staff of the Supreme Military Council of the Free Syrian Army (FSA), and warehouses containing equipment provided to the FSA by Western countries.

ALEPPO, Syria — The bombshell that Gen. Salim Idriss of the Free Syrian Army (FSA)'s Supreme Military Command dropped last week, that he would be willing to join forces with the regime against al-Qaeda-affiliated groups in Syria, came without too much scrutiny, especially when he subsequently tried to backtrack and sugarcoat his statement. Halutz, who served as IDF chief of staff during Second Lebanon War, is quoted by Maariv as saying prospect of Al-Qaida affiliated elements ruling Damascus would be more problematic from Jerusalem’s standpoint. 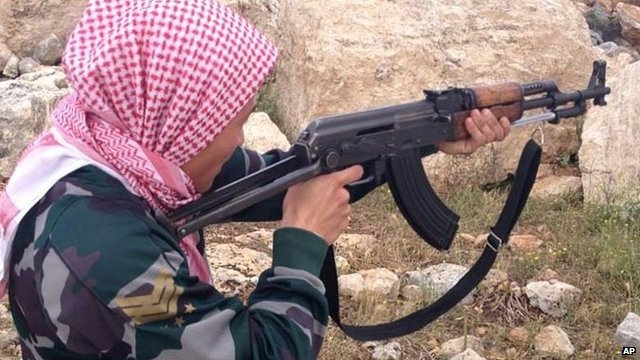 Thousands of foreign fighters have poured into Syria in the past year
Foreign jihadist fighters are using safe houses in southern Turkey to cross into Syria to fight against government forces, the BBC has learnt.
A man running one such house near the border town of Reyhanli said more than 150 people - including up to 20 Britons - had used it in the past three months.

Analysis: Coming peace talks on Syria are likely doomed before they start

Experts say deal with Iran could sink upcoming conference; US Jewish leader who met secretly with Assad says president told him he won’t step down. The ‘Geneva II’ peace conference scheduled to be held in January, which is seeking to find a political solution to the Syrian conflict, is unlikely to have any real results.

The coming three battles of the Syria war