Fighting in Nagorno-Karabakh and the ineffectiveness of the Minsk Group Column: Politics Region: Caucasus Country: Georgia
George Soros is a very successful man, at least where money and power are concerned. The reach of the hedge fund legend through his Open Society Foundations leverages governments and ideas across the breadth of 40 nations now. Here is a look at how Soros’ “New World Lebensraum Idealism” is reshaping reality in the Republic of Georgia.

Central Asia Caucasus Analyst, Armen Grigoryan
Tensions along the line of contact in Nagorno-Karabakh between April 2 and 5 resulted in the heaviest exchanges of fire since 1994. Even though the use of some types of weapons was quite unexpected, the general logic of developments in the conflict in recent years has made the recent fighting rather predictable. Concerning further hostilities, the question is not if, but when they will happen. While this danger needs to be addressed by means of international mediation, so far only Russia demonstrates substantial activity in this regard. Russia’s unilateral involvement will pursue its own particular regional interests rather than producing a lasting solution to the conflict.

The Nagorno-Karabakh conflict and geopolitical chessboard of the South Caucasus RUSSIA & CENTRAL ASIA
by Dmitriy Frolovskiy
The recent fighting outbreak in Nagorno-Karabakh, the worst in a twenty years period, reveals a sweeping complexity of the longstanding geopolitical chessboard that is the South Caucuses. Over the years, the frozen status of the ethnic Azeri-Armenian conflict has become a trump card for powers on both sides of the demarcation line. However, the augmenting rivalry between Moscow and Ankara, due to Russia’s involvement in the Syrian conflict and Erdogan-Putin rift over the downed Russian Su-2, threatens to dismantle the pragmatic state of affairs and fuel ethnic jingoism once again.

The new conflict in Caucasus, East-West relations and Syria

The most serious fighting since 1996, with dozens of victims, has erupted between Azeris and Armenians, in Nagorno-Karabakh.The Karabakh conflict was “frozen” for many years, which make many observers wonder if there is a link with East-West tensions and with events in the Middle East.

Nagorno-Karabakh: Rehearsal for an upcoming war? 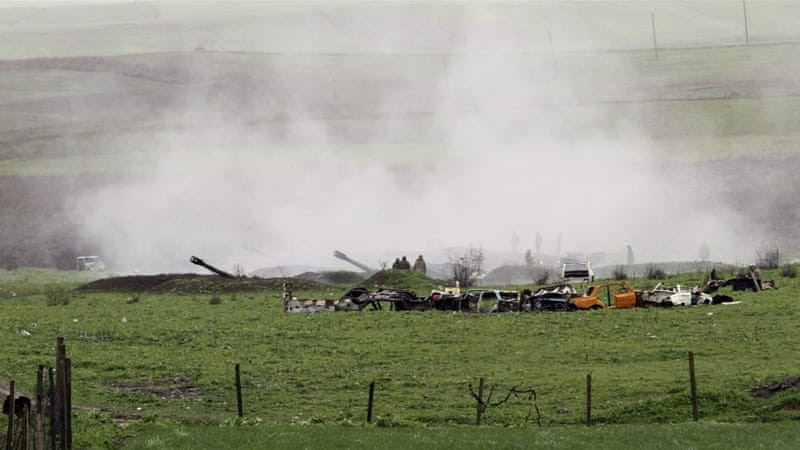 Can Kasapoglu
Recent clashes between Azerbaijan and Armenia in the Nagorno-Karabakh region - an occupied Azerbaijani territory according to four United Nations Security Council resolutions - have claimed the lives of more than 30 from both sides. At the time of writing, Azerbaijan declared a unilateral ceasefire.