THE ROVING EYE , By Pepe Escobar

In the spring of 1986, Back to the Future, the Michael J Fox blockbuster featuring a time-traveling DeLorean car, was less than a year old. The Apple Macintosh, launched via a single, iconic ad directed by Ridley Blade Runner Scott, was less than two years old. Ronald Reagan, immortalized by Gore Vidal as "the acting president", was hailing the mujahideen in Afghanistan as "freedom fighters". 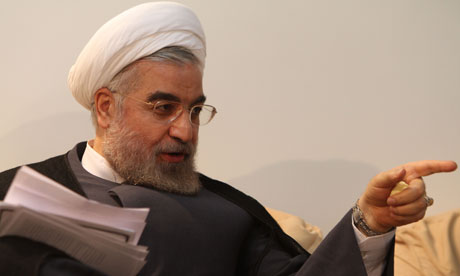 Iranian President Hassan Rouhani is at the moment the hardest-working man in (geopolitical) show business. He has just stepped into the lion's den - or goldfish bowl; the World Economic Forum at Davos. And he charmed them all just with his "prudent moderation" strategy, which broadcasts what every Master of The Universe, real or fake, really wants to hear; Iran is open for business.

Are we on the brink of war? Academic sparks debate by drawing comparisons between 1914 past and 2014 present

Source: News AU
A CENTURY ago, a simple assassination was enough to topple a tenuous balance between the old and new worlds. The resulting war killed millions and spanned the globe. Is history about to repeat itself?

The geopolitics of the Gregorian Calendar

When England adopted the Gregorian calendar in 1752, some 170 years after it was introduced by Pope Gregory XIII, Benjamin Franklin wrote, "It is pleasant for an old man to be able to go to bed on Sept. 2, and not have to get up until Sept. 14."

Precisely a hundred years ago today, the richest man in the world sent New Year’s greetings to a thousand of the most influential leaders in the U.S. and Europe announcing: mission accomplished. “International Peace,” he proclaimed, “is to prevail through the Great Powers agreeing to settle their disputes by International Law, the pen thus proving mightier than the sword.”

Washington's 'Fashoda' moment The US reversal of alliances: Comparative perspectives‏ 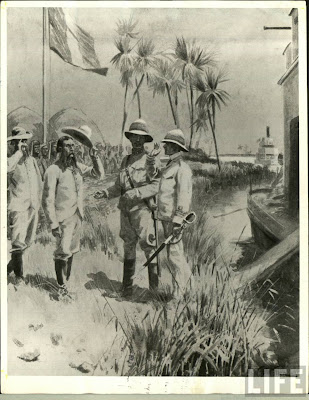 By Robert M Cutler
It is rare that a great power in world politics, after decades of hostility with another country, turns around and suddenly seeks to embrace that country as a friend, if not an ally.