The death of Yitzhak Rabin's legacy

Author Ben Caspit
Israel will mark the 20th anniversary of Prime Minister Yitzhak Rabin’s assassination at the annual commemoration rally held at Tel Aviv’s Rabin Square on Oct. 31. Former US President Bill Clinton is scheduled to speak at the event as is Israeli President Reuven Rivlin. The person who won’t be there is former Israeli President Shimon Peres.

The distance as the crow flies between Russia’s Syrian air base Al-Hmeineem near Latakia and its Iraqi host facility at Al Taqaddum Air base is 824 km (445 nautical miles). From the Latakia base to Israel, the distance is just 288 km or 155 nautical miles, a hop and a skip in aerial terms.

The Intifada Is Ideological Hatred of Israel in Word and Deed

Douglas J. Feith
In recent weeks, Arabs armed with knives and hatchets have struck at dozens of Israelis on the streets of Jerusalem, Tel Aviv, Afula, Beersheba, and elsewhere. Victims include children, women, and elderly men.
Imagine how the American public would react to a political group that incited supporters to knife people on the streets of New York, Cleveland, Denver, and Seattle. 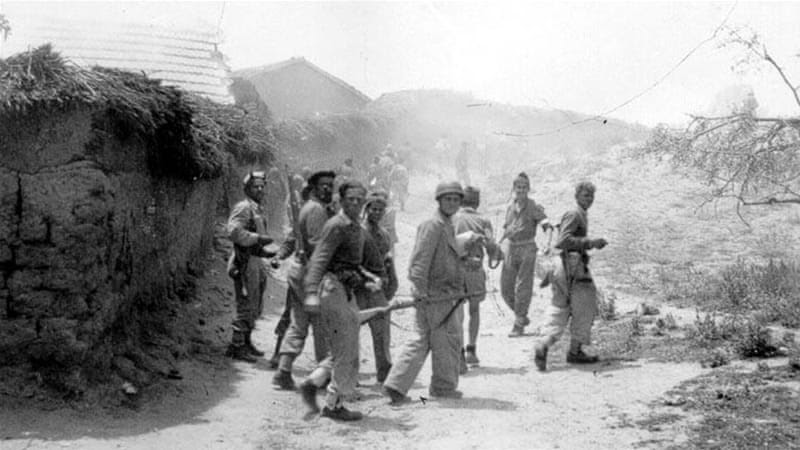 As a Palestinian uprising gathered momentum last week, I sat for hours listening to and recording the story of Ahmad al-Haaj, an 83-year-old Palestinian refugee from the village of al-Sawafir. He has been living in Gaza since 1948. Listening to Al-Haaj's memories, my thoughts swayed between the past and the bloody reality of the present.

Why does Hamas want a third intifada?

Author Hazem Balousha
GAZA CITY, Gaza Strip — A Hamas source said the group might curtail its armed actions temporarily to avoid a crackdown that could stifle a nascent intifada. Hamas is pushing for the intifada in the West Bank and Jerusalem, which it believes could help its members there in light of the Palestinian Authority's (PA) security grip on them and the freezing of security coordination with Israel.

On Sunday, Oct. 18, Russian and Israeli air force headquarters near Latakia in Syria and Tel Aviv began practicing procedures for using the hot line they established last week to coordinate their operations in Syrian skies.