Who are Israel's true friends?

Author Uri Savir
The current Israeli government is quick to brand anyone criticizing its policies as an “enemy of Israel.” “Friends of Israel” are only those who agree with the government; US President Barack Obama is not one of them.

Does Bibi limit rights to those who are 'Israeli all the way'?

Author Akiva Eldar
On Jan. 10, the Israeli Cabinet approved a 2 billion shekel ($500 million) multiyear plan “to develop and strengthen the Druze and Circassian communities.” The announcement stated, “The plan touches on many areas of life including education, construction, infrastructures, social welfare and employment.” Less than two weeks before, on Dec. 30, the government had decided to allocate 15 billion shekels ($3.75 billion) for economic development of minority communities in general from 2016 to 2020. The decision applies to “all Arab, Druze and Circassian communities.” This five-year plan, according to official statements, is also designed to “reduce gaps” in the areas of welfare, policing, infrastructure and transportation.

In a pivotal step reflecting the changeability of military and political deals in Israel’s neighborhood, Jordan has almost overnight agreed to establish a shared war room with Russia for the concerted conduct of their operations in Syria. This represents an extreme reversal of Amman’s policy. Until now, Jordan fought against Russia’s protégée Bashar Assad from a joint war room north of Amman called the US Central Command Forward-Jordan, as part of a lineup with the US, Saudi Arabia and Israel.

Have Israelis abandoned any hope for change?

Author Akiva Eldar
Another year is upon us, and there is still no light at the end of the occupation tunnel. With the departure of Interior Minister Silvan Shalom from the government in December, the meaningless portfolio of minister in charge of negotiations with the Palestinians, which he also held, has no takers. Shas leader Aryeh Deri, appointed by Prime Minister Benjamin Netanyahu to succeed Shalom at Interior, did jail time (2000-2002) for accepting a bribe during his previous stint in that office.

Egypt turns out to be key in Turkish-Israeli rapprochement

Shortly after Turkey shut down a Russian jet along the Turkish-Syrian border on Nov. 24 last year, Russia, in retaliation, deployed an S-400 anti-aircraft missile system to a military base in Syria. In fact, the downing of the jet has created a good excuse for Russia to continue to build up its military presence inside and around Syria, posing a direct threat to NATO-member Turkey in the process.

'This isn’t how you treat friends, it’s how you spy against enemies' 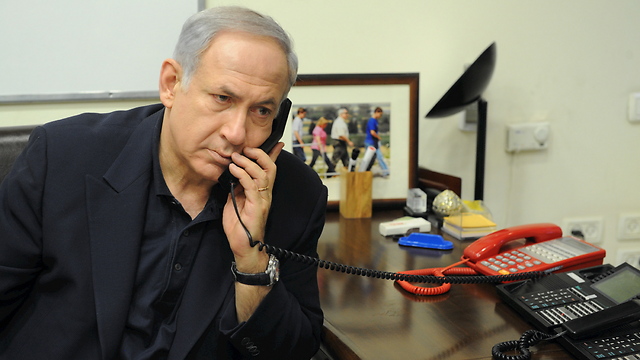 The reports about the US spying on the prime minister did not surprise Robert, a former American intelligence officer who was exposed to the most classified information on Israel; 'Obama ordered to stop spying against friendly heads of state, but to continue spying on Netanyahu. We all understood what that meant,' he says.