The U.S. and Japan May Literally Start a War over Rocks in the South China Sea A Pax Sinica in the Middle East, redux: Spengler

BY DAVID P. GOLDMAN
A “Russian-Chinese axis” will dominate the Middle East with Israel as its western anchor: That scenario was floated June 15 in Russia Insider, a louche propaganda site that often runs the work of fringe conspiracy theorists and the occasional anti-Semite. But the author in this case was the venerable Giancarlo Elia Valori, president of Huawei Technologies’ Italian division, a veteran of past intelligence wars with a resume that reads like a Robert Ludlum novel.

Uighurs "on way to jihad" returned to China in hoods

Some of the Uighurs deported to China last week from Thailand had planned to go to Syria and Iraq to carry out jihad, state television said, showing pictures of them being bundled out of an aircraft with black hoods over their heads. 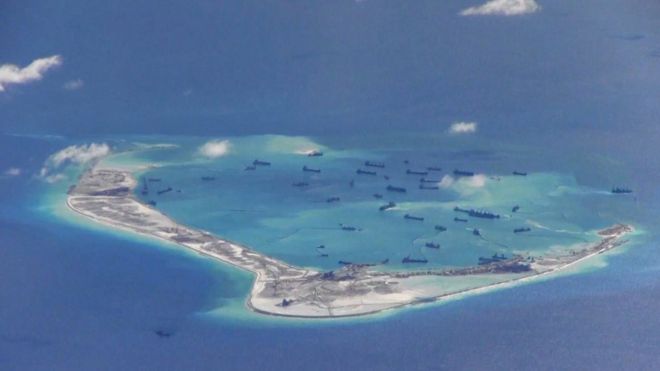 By Pepe Escobar
"Information Clearing House" - "RT" - Not a day goes by without some sort of turmoil in the South China Sea. Let’s cut to the chase: war is not about to break out. In a nutshell, the non-stop drama, as ASEAN (Association of Southeast Asian Nations) diplomats told me, is all about “escalation-management protocols.” Translation: how to prevent any unilateral outburst that could be interpreted as warlike. The eventual deployment of the North Korean nuclear-armed missiles might easily push South Korea towards acquiring its own nuclear deterrent, writes Lankov [The Associated Press]

Recently, news from the Korean Peninsula has been dominated by missiles: as satellite images confirmed, the North Koreans have been busy preparing another test launch of "BM-25 Musudan", their intermediate-range missile.

Our Prospects Against The Russians And Chinese In World War III 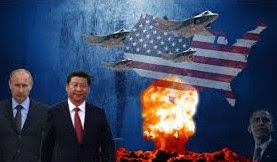 "Information Clearing House" - The Saker reports that Russia is preparing for World War III, not because Russia intends to initiate aggression but because Russia is alarmed by the hubris and arrogance of the West, by the demonization of Russia, by provocative military actions by the West, by American interference in the Russian province of Chechnya and in former Russian provinces of Ukraine and Georgia, and by the absence of any restraint from Western Europe on Washington’s ability to foment war.