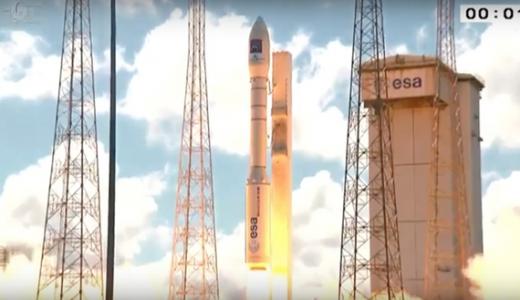 Turkey's efforts in the satellite space race have experienced turbulence over the years, but they got a boost with the recent launch of its Gokturk-1 satellite, which will meet the country’s civilian and military intelligence needs around the world.

Turkey has a $1 billion budget for ambitious in-country satellite projects. Using satellite production facilities it set up in the Kazan district of Ankara in 2015 with an investment of $112 million, its goal is to launch in 2017 Turksat 5A and Turksat 5B satellites, which will be jointly manufactured with foreign partners. Turksat 6A, which will be produced 100% locally, is expected to launch in 2019. The country is also building a satellite launching station in the Mediterranean province of Mugla.

Turkey wants to increase its number of satellites to 10 by 2023. The goal is to operate a fleet that will cover South America, eastern North America, Europe, Asia, Western Australia and all of Africa. When that project is complete, Turkey will have direct communication links with 91% of the world population through its own satellites.

During the Gokturk launching ceremony, President Recep Tayyip Erdogan bitterly criticized the United States and some other Western countries for imposing military embargoes on Turkey.

“From our many friends in NATO, we want to buy unarmed [drones] — not even armed ones. They tell us, ‘Not today; ask tomorrow.’ And their final excuse is, ‘Congress did not allow it.’ Aren’t we together in NATO? Aren’t we on the same side? What are they doing to us? But their attitude taught us lessons. We are now manufacturing ourselves what we need, much more cheaply,” he said.

Turkey began using satellites in 1968 through stations in Iran and Yugoslavia. With the Turksat National Communication Satellites Project that became operational in 1994, the country launched its first Turkish satellite, Turksat 1B, followed by Turksat 1C in 1996 and Turksat 2A in January 2001.

But Turkey has still not overcome a key institutional deficiency: It has no national space agency. Incredibly, Turkey tried and failed to form an agency four times: in 1990, 1995, 2000 and 2011. It appears the failures were caused by dismal coordination between the government, parliament and the military command, and their struggle over whether the military or civilians would run the agency.

According to new plans under a draft bill being prepared, the Space Agency of Turkey (TUA) will resemble such agencies in other countries and will be under full civilian control, apolitical, self-sufficient and empowered to coordinate with other entities at the highest levels. It will also have a unit that will plan and coordinate military and space operations related to national security. Yet the bill has been delayed, once again because of major problems in determining how the military and civilians will share authority and responsibility. Arguments on the functions, relations with universities and the defense industry, and the budget might also help explain why Turkey has not been able to set up its TUA for 26 years.

Will Turkey be able to afford the massive funding needed for sustained space activities? Russia, a leading spender in space, allots 0.25% of its gross domestic product to space operations. The United States spends 0.23%. At the other end of the list, just ahead of Indonesia, is Turkey, which allots 0.01% of its GDP to space. According to Euroconsult data, Turkey spent only $67 million for civilian space programs in 2013.

The country also lacks a space policy, which has to be a priority. The TUA will have to establish productive and robust relations in the country’s education, technology, trade, economy, security and foreign policy spheres. The agency also will have to develop and sustain relations with the defense industry and civil society organizations. The TUA will of course be expected to plan projects and secure financing for them. But given the unresolved strategic imbroglio, all this will take more time.

Another question Turkey will have to cope with is the problem of finding qualified people. Today, about 500 people work in the space field; 150 of them are engineers. There is hardly any work being done in research and development. Turkey will have to come up with a long-term personnel recruitment and training plan for space activities — especially since the Turkish air force, which is the driving engine of space activities, has suffered significant personnel losses since the July 15 coup attempt and subsequent purge. In the aftermath of the purge, some of the qualified space project personnel were dismissed, the Air Force Academy closed and the Aeronautics and Space Technologies Institute, which was the sole institution offering graduate studies in space sciences, was shut down.

The last and probably most significant structural barrier to Turkey’s space activities is actually sociological. The public is not interested in space sciences and related issues, and there is no motivation for innovating and developing technologies. Universities are largely lagging in interest in space studies and don’t offer programs to educate and attract students to these fields.

Parallel to the debate over Erdogan's goal of achieving an executive presidency and building a new country, the process of forming an official space agency will offer clues to the institutional capacity to achieve the goal of a new Turkey.