Who’s been ruling Turkey for 14 years? 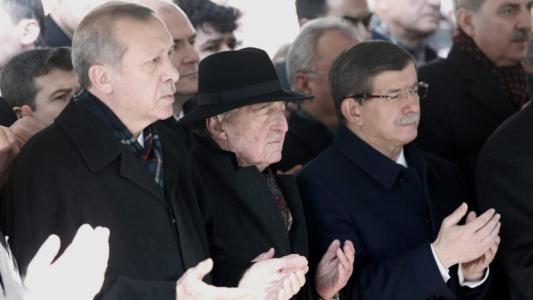 Mehmet Y.Yilmaz
According to those who are ruling our country, we are experiencing an international attack. It is said that they have trained their “economy weapons” on us and are firing. First, they hit exports and tourism. Now, through foreign currency speculation, they are trying to destroy our economy. “The negative atmosphere fostered by certain groups” has caused an artificial hike in foreign exchange rates.

The president said, “At this time when Turkey is about to make important decisions concerning the EU, they have once again trained the economy weapon.”

In the first five to six years of the 14-year-old Justice and Development Party (AKP) rule, the climate was exactly the opposite, you know. There was a strong capital inflow into Turkey because of privatizations and company purchases. Let us remember that we were talking about the possibility of parity between the dollar and the lira.

I wonder whether these international powers conducted an attack against Turkey in those days. Were they targeting them by supporting AKP rule at first so it would become settled and then have them rule Turkey poorly so that we come to these days?

If what is happening to us today is the result of such an international attack, then the international support in those days must also be a similar kind of attack.

Are they crazy? They keep changing their mind. One day they try to strengthen the AKP government, then they change their minds and try to topple it.

If everything is happening through foreign powers, then who is ruling Turkey? Isn’t this the same government that has ruled Turkey for 14 years?

When everything goes well, this is attributed to the success of the AKP; if business is not run properly, then this is an attack by international powers, is that so?

Was it international powers or the incompetence of the rulers of Turkey that hit Turkey’s exports and tourism incomes in 2016?

If Turkey had not made those major mistakes at the beginning of its Syria policy, if we had not poured gasoline on the fire in Syria together with the Saudis and Qataris, would we have experienced the plane crisis with Russia?

If we had not invited and not overlooked the developments that were likely to turn our Syrian border into Peshawar, would we be exposed to terrorist attacks that have scared away Western tourists?

If we had not made such big mistakes in the Kurdish initiative, if that process had not been used as a tool to hunt votes, then would certain cities in our southeast have been turned into war zones?

Both exports and tourism collapsed precisely because of these reasons.

Mehmet Şimşek, the deputy prime minister in charge of the economy, said: “Up until now, we have not been able to make the reforms at the desired speed because we were fighting other issues. But, after the referendum, we will leave behind uncertainty and make the reforms.”

Is it the international powers that are responsible for us not making the reforms at the desired speed during the 14 years of one-party rule?

Who has been running this country for 14 years?

Financial conspirators should be prosecuted

It has been revealed that the 11 finance officials who levied the heaviest and most unjust tax fine in the country against the Doğan Group were Fethullahists.

In those days, we frequently wrote on how unjust and unlawful these tax fines were but nobody listened. Moreover, I know that there were those who were silently rejoicing and patting the backs of the Fethullahists.
Now, the naked truth is out and it has become known that a major conspiracy was fabricated against the Doğan Group.

If the group had not had the strength to meet these heavy tax fines, if it had not been able to pay the 1.1 billion-Turkish Lira fine to the tax administration, we know what could have happened. With caretakers and seizures, an independent media group would have been shattered.

Will the finance cell of this gang get away with only being suspended from civil service, without giving an account in the courts?