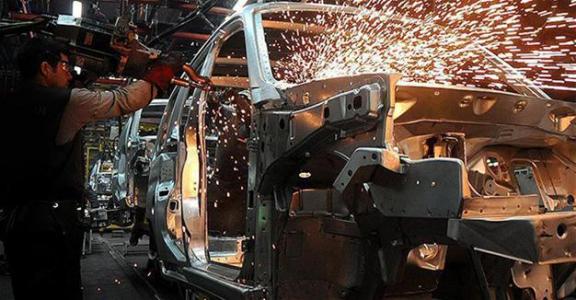 Turkey’s gross domestic product (GDP) contracted by a bigger than expected 1.8 percent in the third quarter of 2016 on weak consumer spending and exports, data from the Turkish Statistical Institute (TÜİK) showed on Dec. 12, marking the first year-on-year decline in quarterly economic growth since 2009.

On the expenditure side, household spending dropped by 3.2 percent in contrast to a 3.7 percent rise in the second quarter. Exports also plunged 7 percent, while imports climbed 4.3 percent. The production-side breakdown of the GDP showed that the agriculture sector shrank 7.7 percent and industry output fell 1.4 percent. In the meantime, services output dropped sharply by 8.4 percent. The construction sector, however, grew 1.4 percent.

On the other hand, government spending surged 23.8 percent in the third quarter.

“Our economy grew by 2.2 percent in the first nine months of the year. A visible slow-down in global trade, a decline capital flow into emerging markets and the ongoing geopolitical tensions had an impact on our growth in the third quarter,” Deputy Prime Minister Mehmet Şimşek said Dec. 12 in a written statement.

He also noted that the July 15 coup attempt and several terror attacks put the economy under pressure.

“We have taken the required measures to make this contraction short-lived and we will continue to take such steps,” Şimşek said, adding that reforms would continue to be considered.

“The government’s measures to boost growth and structural reforms will be carried out, and positive global developments will contribute to higher growth in 2017,” Ağbal added.

Şimşek stressed that this revision was in line with international standards.

TÜİK last week said that it was adjusting its methodology in calculating the GDP in order to reflect better ways of producing macroeconomic indicators.

“The revision work on national accounts, in accordance with the European Union Regulations (ESA 2010), has been completed. Quarterly GDP by production, expenditure and in-come approach calculated in line with ESA 2010 started being published with this news bulletin,” TÜİK said on Dec. 12.

After the data was out, the Turkish currency extended its losses to trade against the U.S. dollar at 3.5252, compared to 3.5072 ahead of the data announcement.