Turkey will not apologise for shooting down Russian jet 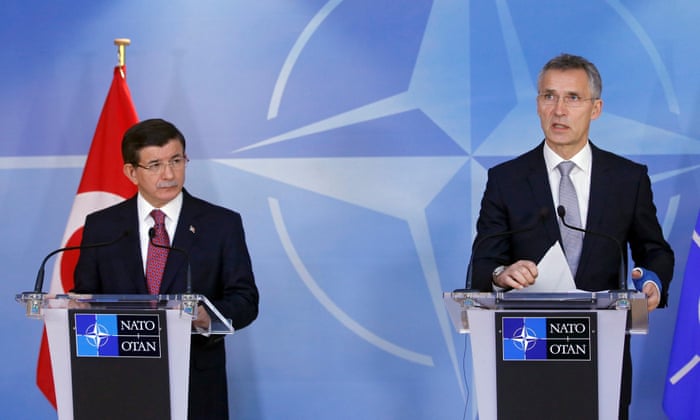 theguardian
Ankara will not apologise for downing a Russian fighter jet on the Syrian border but Moscow should reconsider retaliatory sanctions, the Turkish prime minister has said.

Ahmet Davutoğlu said: “Protection of our airspace, our border is not only a right but a duty for my government and no Turkish premier or president ... will apologise [for] doing our duty.”

Speaking on Monday, at a joint press conference with the Nato head, Jens Stoltenberg, Davutoğlu added that he hoped “Russia will reconsider these measures in both our interests”, referring to the sanctions that Moscow imposed after the shooting down of the jet last week.

Erdoğan had called for face-to-face talks with Putin as Moscow and Ankara trade accusations over who was responsible for downing the plane. Ankara said on Monday it had returned the body of the pilot to Russia.

Stoltenberg said that while Turkey had every right to defend its airspace, the focus now had to be on avoiding escalation, as the allies try to forge a common front – possibly including Russia – against Isis fighters in Syria and Iraq in the wake of the Paris attacks.

“I welcome Turkish efforts to establish contact with Russia to de-escalate ... it is important to stay calm,” Stoltenberg said.

“I urge Russia to play a constructive role in Syria by targeting IS, our common enemy,” he added, referring to criticisms by western nations that Russia has been targeting non-Isis opposition forces in Syria.