Turkey will have to share its secrets with Russia 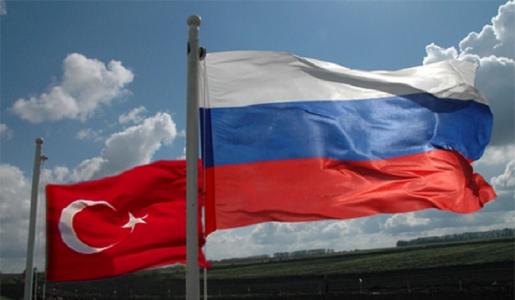 There was only one good aspect of the diplomatic crisis between Russia and Turkey that erupted after the downing of a Russian war plane by Turkish jets on the Syrian border nearly a year ago: The possible suspension of the Akkuyu nuclear power plant project.

However, with relations now back on track, the construction of the nuclear power plant near the Mediterranean city of Mersin will go ahead even faster, after being granted “strategic investment” status during a meeting of the two countries’ leaders last August. This means that Russia will benefit from several incentives like tax exemptions. Akkuyu is a very prestigious project for Russia, as the facility will be built, owned and operated (BOO) by the state-owned company Rosatom, in a first for the global nuclear industry. Whether the project needed additional special incentives is a big question mark, but there are even more important question marks.

Turkey has decided to have its first nuclear power plant on a never-before-used model, which means that it might encounter problems that have never before been experienced. Is it ready and prepared to face every possible scenario? That is very doubtful.

A recent report prepared by the Center for Economics and Foreign Policy Studies (EDAM) revealed the dimension of the challenges, especially at the security and safety levels.

Nuclear facilities present difficult but very attractive targets for terrorist groups. Turkey has plenty of them: In addition to the long-standing threat posed by the outlawed Kurdistan Workers’ Party (PKK) and radical leftist groups like the DHKP-C, the location of the nuclear facility adds an additional vulnerability as Akkuyu is close to a number of state and non–state threats, including those emanating from the Syrian civil war.

The EDAM report identifies the key areas of security challenges. Radiological sabotage represents potentially the biggest threat to civilian nuclear infrastructure. Then comes theft or diversion, with nuclear and radiological material highly vulnerable to sabotage or theft while being transported, (this issue is especially important as Akkuyu’s nuclear waste will be carried by sea all the way from Mersin to Russia). Finally, the acquisition of sensitive information on nuclear technology by adversaries is another risk facing nuclear facilities.

All these areas require intensive cooperation between the Turkish authorities and the operator of the plant. To ensure that Rosatom has the necessary preparations to counter threats, Turkish authorities will have to share top secret information with Rosatom representatives. “What’s more, they have to keep sharing this information and update the threat accordingly based on the shifting threat landscape in both Turkey and the region. As Rosatom is a state-owned company, this is akin to sharing sensitive information directly with Moscow,” say Doruk Ergun and Can Kasapoğlu, the authors of the EDAM report.

Can Turkey share sensitive intelligence on the PKK, for instance, knowing there is tacit collaboration between Russia and the People’s Protection Units (YPG), which Turkey sees as the Syrian wing of the PKK. Let’s also not forget that the Russians have allowed the YPG’s civilian wing, the Democratic Union Party (PYD), to open an office in Moscow.

More important than that, once the Akkuyu nuclear plant is built, will Turkey be able to afford any kind of political or economic disagreement with Moscow, knowing that any crisis will jeopardize intelligence cooperation and put the lives of millions of Turks at risk?