Turkey-Israel: A peace pipeline on the way? 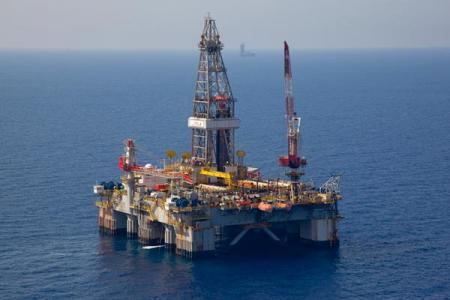 Israel’s Leviathan gas field, the country’s largest natural gas reservoir, was discovered in 2010 and is believed to hold 621 billion cubic meters of gas.

If a deal is concluded, an estimated 10 billion cubic meters of gas will be exported to Turkey each year.

In terms of transferring Israeli natural gas to international markets, building gas pipelines via Turkey still appears to be the most profitable option over other alternatives, such as building pipelines via Greece or transferring it through LNG terminals.

In October, the energy ministers of both countries held an official meeting for the first time in six years at the World Energy Congress in Istanbul.

Since then, many have focused on the prospects of a gas deal between Turkey and Israel to export Israeli natural gas to Turkey.

Just a week ago, Israeli Energy Minister Director-General Shaul Meridor said the two sides had been working on a framework for the export of Israeli gas to Turkey that would protect business contracts from political disputes.

Given the ups and downs in the history of the pair’s bilateral relations, the fragility of ties between Turkey and Israel constitutes a major political risk, impeding private investment.

“For banks to eventually finance such a project, they will have to know that no matter what happens between the countries politically, the business side will be protected,” said Meridor.

Although talks are reportedly in progress, it is unclear whether the two sides are close to a deal.

Gina Cohen, an energy expert from Israel’s Technion University, who was in Ankara for a meeting on Dec. 19, commented on the prospects of the pipeline projects.

“If Israeli gas is transferred via Turkey to international markets, it should be done through a bidirectional pipeline. A bidirectional pipeline means that when the situation changes, one country can buy from the other through the reverse flow, similar to the gas flows between England and the European continent,” Cohen said.

Building a bidirectional pipeline is likely to contribute to Turkey’s aspirations to become an energy hub, but Cohen emphasized that that was insufficient. “In order to become an energy hub, you need to have many different kinds of energy supplies, different kinds of pipelines crossing, both for public and private consumption. But on top of that, you need to have transparency on gas pricing, including spot prices, short-, middle- as well as long-term contracts which would pave the way for the emergence of a transparent distribution network. The whole idea of an energy hub is that the prices are not controlled by a single entity but by the market itself,” Cohen asserted.

“Thus if Turkey wants to become a hub, a gas deal with Israel will constitute an important step in this long-term process. But Turkey has to diversify its sources of energy supplies, as well,” she said, leaving the door open for a future pipeline project that would include Cyprus and Egypt.

A major obstacle standing in the way of the pipeline project is the Cyprus issue because the optimum pipeline route has to traverse the territorial waters of Cyprus to reach Turkey.

When asked if Israel and Turkey had a third alternative in the event that no solution is found to the Cyprus issue this year, Cohen declined to go into details but said she was hopeful of a positive outcome on the Cyprus talks.

“Cyprus is located at the crossroads of a profitable route, within the triangle of Israel, Turkey and Egypt. From a commercial point of view, there are enormous benefits for all the sides if a deal is reached on Cyprus … For one thing, Cyprus has an ongoing electricity problem. They have been paying very high prices for electricity.

The northern part of Cyprus especially has an old electricity infrastructure which pollutes [a lot] and is expensive,” said Cohen.

On Dec. 19, Turkish Cypriot negotiator Özdil Nami said the “picture” in the Cyprus negotiations had become clearer on all issues except security and the guarantor states. The island’s two leaders will start negotiations in Geneva on Jan. 9, 2017, under the auspices of the United Nations, during which the guarantor powers are expected to join and discuss the sensitive topic of security.

Energy cooperation in the Mediterranean is important in terms of diversifying energy sources and decreasing Europe’s energy dependence on Russia. By the same token, common interests are likely to encourage actors long at odds with each other to overcome their disputes and thus contribute to the security and stability of the region.

Turkish-Israeli reconciliation is only the first part of this puzzle. Time will soon tell if peace pipelines have an actual impact beyond words.
http://www.hurriyetdailynews.com/turkey-israel-a-peace-pipeline-on-the-way.aspx?pageID=449&nID=107595&NewsCatID=570