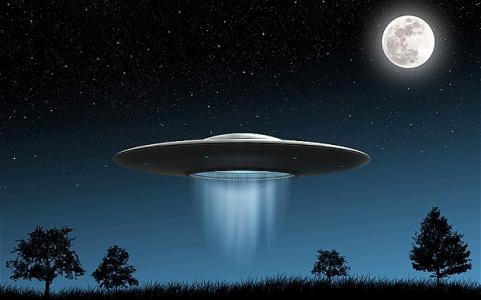 Burak Bekdıl
On Nov. 24, 2015, two Turkish F-16 fighter jets won the title of shooting down, from NATO’s side, the first ever Soviet-Russian military warplane since the end of World War II, saying it violated Turkish airspace along the country’s border with Syria.

The Russianpilot of the fighter jet was killed. Then-Prime Minister Ahmet Davutoğlu declared several times that he ordered the shooting down of the Russian jet and “any other foreign warplane that violated Turkish airspace.” He also declared, several times, that any other foreign aircraft violating Turkish airspace would be shot down. Today, with the winds blowing from an unexpected direction, the official statements say it was the Gülenists who shot down the Russian Su-24. But Davutoğlu who said he had given the orders is, fortunately, not a Gülenist. That’s a typical Turkish story.

A year after the Su-24 incident, it was already five years since the Turkish government pledged to end Syrian President Bashar al-Assad’s rule “in a few days, weeks or, at latest, months.” On the first anniversary of the shooting down of the Russian Su-24, on Nov. 24, 2016, an unidentified drone attacked a Turkish military barrack, killing four members of the elite special forces unit. The Turkish reflex, naturally, was to turn to Moscow and ask who did it. Moscow, however, said it had no idea. On Dec. 1, RussianForeign Minister Sergei Lavrov refuted Turkish claims and said that neither Russia, Syria nor their air forces had anything to do with the attack. The Pentagon said the drone that killed the Turkish soldiers might have belonged to Iran.

On Nov. 29, President Recep Tayyip Erdoğan said the Turkish military had launched its Euphrates Shield Operation on Syrian territory on Aug. 24 to end the rule of Bashar al-Assad. “We entered Syria to end the rule of the tyrant Assad,” Mr. Erdoğan said, five years after his government said that Mr. al-Assad would be gone in a number of days, weeks or, at latest, months.

On Nov. 30, Dmitry Peskov, Russian President Vladimir Putin’s spokesman, said Mr. Erdoğan’s remarks – that the Turkish military was in Syria to end the rule of al-Assad – had come as a surprise to Moscow and that Russia was awaiting an explanation from Ankara. It took NATO ally Turkey only a day to explain.

On Dec. 1, two days after he said the Turkish military was in Syria to end al-Assad’s rule, Mr. Erdoğan “explained” that Turkey’s military operation in Syria “is not against any country or person, but terror groups in general.” The Russians are well aware of Turkey’s belly-dancing politics.

Nice story, with a lot of useful lessons to learn from. First, Mr. Erdoğan’s habit of bluffing may or may not be serious. The new Russian “love affair” is proof that Mr. Erdoğan will retreat to his pragmatist self when he faces “real consequences” in a dispute. He, after all, is a pragmatist. Second, he loves to play his ideological self as long as there are no real costs – like there were in the Russian story. Third, Mr. Erdoğan is right when he privately tells envoys that his inflammatory rhetoric is for domestic consumption only. But, fourth, he goes for his usual inflammatory rhetoric for ideological reasons until he observes that there is real political cost in the dispute.

If any Western observer wants to better decipher Mr. Erdoğan’s world, they should study the “Russian affair” in depth. Apparently Moscow has a better understanding of Turkish affairs than Western capitals.

By the way, it might have been aliens supported by a squadron of UFOs who attacked the Turkish military unit in Syria. Who else could it be otherwise?