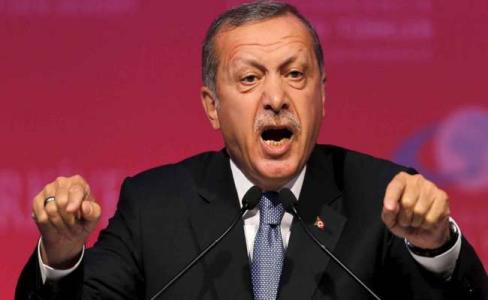 EXECUTIVE SUMMARY: Optimists thought Turkish President Recep Tayyip Erdoğan’s inflammatory, anti-Western pre-referendum rhetoric was just election talk that would disappear after the ballots were counted, but that was a vain hope.

The sweeping new powers granted to Erdoğan by the constitutional amendments, and the average Turk’s persistent desire for more confrontation with Turkey’s “enemies”, will force Erdoğan to keep up the fiery language, especially ahead of crucial presidential elections in 2019.

Populist rhetoric might gain millions of votes and keep a nation proud, but when applied to foreign policy, it can spell trouble. In the wake of the April 16 referendum that granted President Recep Tayyip Erdoğan sweeping new powers, Turkey’s confrontational foreign policy, which is based on the neo-Ottoman ideal of fighting infidel lands, shows no sign of retreating into any sense of realism.

Until the birth of Erdoğan’s Justice and Development Party (AKP), the Turkish foreign minister was a total stranger to the ordinary Turk, whose average schooling is a mere six years. By the mid-2000s, however, Turkish coffeehouse talk encompassed not only party politics, unemployment, inflation, and football, but also the Arab-Israeli dispute, new alliances with the Muslim world, NATO, the EU, China, Russia, and Cyprus. A decade later, “direct democracy” in foreign policy has strengthened Erdoğan’s popularity but is also bringing Turkish diplomacy to the brink of collapse.

In 2009, Erdoğan’s pick for foreign minister was Prof. Ahmet Davutoğlu. A few years later, Davutoğlu’s “zero problems with neighbors” policy had left Turkey with almost no friendly neighbors and a thousand problems. That was mainly due to Davutoğlu’s unrealistic romanticism and political ambitions about reviving the Ottoman Empire to “make Turkey great again.” In his wording, Turkey in the twenty-first century would “correct the wrong flow of history in the past century.” Former Ottoman lands would cheer the Turks as their leaders and territory resumed their place at the center of world politics, with the Muslim ummah coming once more under Turkish leadership. All would be fine, everyone would be happy, and peace would reign.

Turkey the new superpower? Easy, thought Davutoğlu. Was he being a little self-aggrandizing? Absolutely not. His Islamist romanticism fell to pieces, however, after it crashed into a wall of Middle East realism. During his term as prime minister, a seat he later took up, Turkey was probably the only country in the world to have no full diplomatic relations with Israel, Syria, Egypt, Cyprus, and Armenia all at the same time, in addition to very tense relations with Russia, Iraq, Iran, the EU, and, occasionally, the US.

But the confrontational rhetoric kept bringing in votes for Erdoğan, Davutoğlu, and the AKP. In August 2014, Erdoğan won 51.5% of the nationwide vote to become Turkey’s first directly elected president. In November 2015, Davutoğlu’s AKP won 49.4% of the vote in parliamentary elections [although he was dismissed by Erdoğan as party chairman and prime minister in May 2016].

Rallying for a Yes vote before the April 16 referendum on the controversial constitutional amendments, Erdoğan appealed to the same nationalist sentiment as he fanned fears of, and enmity towards, real enemies (terrorist organizations) and imaginary ones (the “superior mind” that always conspires against Turkey’s rise). His conservative/nationalist fans willingly embraced this message, with feel-good psychology dominating election rallies. Fans waved both Turkish and Ottoman flags, reflecting their support for neo-Ottoman illusions of grandeur. Turkey was no longer the isolated, powerless, poor, semi-closed country it once was, the punching bag of major western powers. The Turkish awakening was unstoppable.

In his election campaign, Erdoğan often resorted to an “us: good Muslims; them: bad Crusaders” formulation. Commenting on the serious allegation of election fraud after the referendum, he said: “The Crusader mentality in the West and its servants at home have attacked us.” He did not explain how a country of nearly 80 million would contain almost 40 million “servants of the Crusader mentality”, as the referendum results gave him a razor-thin victory – 48.6% of Turks voted No to his executive presidential system.

In the same election campaign, Erdoğan promised tens of thousands of Turks who “want the death penalty back” that he would reinstate capital punishment, although such a move would kill Turkey’s 54-year-long (theoretical) march towards EU membership. In his typically populist “You want it, you got it” style, Erdoğan once again pleased the average Turk who wants to see Turkey’s enemies hanged.

A few days after the referendum, the Parliamentary Assembly of the Council of Europe, Europe’s top human rights body, voted in favor of reopening monitoring procedures in Turkey, reflecting “strong concern over the functioning of democratic institutions.” Turkey had been off the embarrassing watch list since 2004 – ironically, during Erdoğan’s first term as prime minister. Instead of admitting fault for gradually easing Turkey into authoritarian, one-man Islamist rule, Erdoğan and his men accused Europe of “Islamophobia, racism and anti-Turkish sentiments.”

Optimists thought Erdoğan’s inflammatory pre-election rhetoric would dissipate after the referendum and reason would be restored. That optimism might be well-founded, but only to a limited extent. It is true that throughout his political career, Erdogan has boldly zigzagged between his Islamist and pragmatic selves. But he has now been enslaved by a nation that is pressing him for more confrontation with Turkey’s enemies. They include basically the entire non-Muslim world, plus Iran, Iraq, Syria, Egypt, Muslim Kurds, and all the Shia in the Middle East.

Most recently, Erdoğan pledged to take Turkey’s EU accession bid to a referendum, hinting that he would campaign for a Trexit. It is somewhat bizarre that a country would leave the EU without ever having become a member. But this, too, appeals to the angry Turk who queues in front of EU consular offices to get a travel visa despite the humiliation, who wants to send his children to the West for a better education, but who loves to challenge the “Crusaders”. Prime Minister Binali Yildirim, a staunch Erdoğan confidant who campaigned to dissolve his own office [the constitutional changes abolish the office of prime minister], had to admit that “Turkey’s relations with the EU have reached their lowest point in recent times.”

Meanwhile, Turkey has carried out a series of air strikes against Washington’s Kurdish allies fighting ISIS in Syria and Iraq, angering the US, Russia, Iran, Iraq, and Syria all at the same time. “The collision course is coming. It’s already come in some respects and it’s a question of how badly this deteriorates,” Michael Hanna, a senior fellow at the New York-based Century Foundation, told TIME. “There are US personnel on the ground. In the worst-case scenario … Turkey, a NATO ally, a close traditional partner of the United States, could kill American personnel on the ground.”

The military campaign in particular showed how baseless western fears of an emerging Turco-Russian alliance could be. In theory, Turkey seeks to pivot from its conventional western alignment; it appears headed not only towards a break with the EU but also towards a solid pact with Russia. This theory sounds credible at first glance, especially as Erdoğan has fed Turks a steady stream of hatred towards the West. However, challenging the West will not automatically guarantee a genuine alliance with Russia.

The issue is not only Turkey’s historic rivalry with Russia and the countless wars the two have fought since Ottoman times. It is not only Turkey’s NATO membership; nor is it solely memories of the Cold War. It is not just the unpleasant episode of November 2015, which made Turkey the first NATO member state to shoot down a Soviet or Russian warplane since World War II. Never mind that Erdoğan’s countless appeals to Russian President Vladimir Putin for Turkish membership in the Shanghai Cooperation Organization have gone unanswered, to put it mildly. Forget the unmistakable divergence of Turkish and Russian interests in the Syrian war theater. There is deep and mutual mistrust on the Ankara-Moscow axis, and it will remain there at least for the next few years.

Erdoğan clearly wants to build leverage to force concessions from the US and from what he views as a collapsing and fearful Europe. He wants to fully utilize Turkey’s “nuisance value” – the blackmail dimension in Turkey’s relations with the EU, as clearly seen in the shaky migrant deal of 2016. He also wants to keep appealing to the average Turk. After all, in two years he will be rushing once again from one rally to another in a campaign to win another presidential term.

Burak Bekdil is an Ankara-based columnist. He regularly writes for the Gatestone Institute and Defense News and is a fellow at the Middle East Forum.

BESA Center Perspectives Papers are published through the generosity of the Greg Rosshandler Family
https://besacenter.org/perspectives-papers/turkey-directionless-friendless/