Trump’s Ambivalence Towards NATO Could Backfire 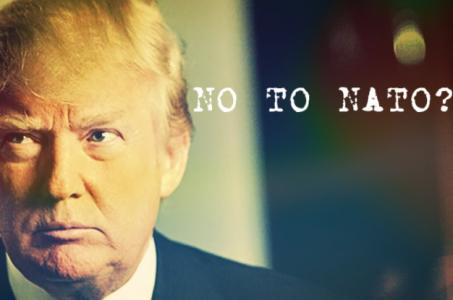 EXECUTIVE SUMMARY: US President-Elect Donald Trump has toned down the anti-NATO rhetoric he employed on the campaign trail, but it remains uncertain whether he appreciates the value of the organization for American interests. NATO provides security insurance not only to Europe but also to the US. Trump should be cautious about weakening its deterrence and power projection.

Trump’s election as the 45th president of the US, seemingly against all odds, raises many questions and uncertainties about the direction of his foreign and domestic policies One issue with wide global implications relates to the attitude of the president-elect regarding the North Atlantic Treaty Organization (NATO).

In March 2016, during the campaign, Trump dropped a bomb regarding his NATO policy. He lambasted the organization, calling it obsolete and expensive. This view seemed to suggest that Trump considered NATO irrelevant.

A few months later, in June 2016, Trump said he does not intend to dismantle NATO or pursue the withdrawal of the US from the organization. Rather, he would require that all allies equally bear the expenses of NATO operations. He also claimed that NATO was not fighting terrorism effectively. In his view, NATO would have to play an important part in the war against Islamic State (IS) to justify its existence.

This position undermines a fundamental principle set out in the NATO Treaty. Article 5, a cornerstone of the treaty, sets forth the obligation of every ally to come to the protection of any NATO ally should it be attacked. Ironically, during the 70 years of NATO's existence, the only time this article was activated was on behalf of the US. This was after the 9/11 attacks, when Washington’s NATO allies joined its “war on terror” against al-Qaeda.

It is certainly true that NATO has a cumbersome bureaucratic structure. It functions on the basis of consensus among member states, a process that slows decision-making. But despite its limitations, NATO is rather proactive.

As an organization, it has managed to adapt to changing circumstances and threats. Following the Soviet Union’s collapse, NATO expanded by integrating new allies, mainly from eastern Europe. It now includes 28 members. It has also created valuable partnerships with countries all over the world, including Israel.

In September 2014, following the Russian invasion and occupation of Ukraine’s Crimean peninsula, NATO decided to take significant measures to deter Moscow from carrying out other aggressive military actions. It reacted in this manner in part because of the deep concern Russia’s actions had stirred among some NATO members, in particular the Baltic states and Poland, which were once part of the Soviet bloc.

NATO also takes part in the fight against terrorism. A counter-terrorist NATO naval force is deployed in the Mediterranean Sea; NATO states participate in the war against IS in Syria and Iraq; and NATO takes measures to protect its member states against cyber-attacks (with an eye on Russia, which makes extensive use of this kind of warfare). The alliance has also set up an anti-ballistic missile defense system dedicated to the protection of member states from an attack by rogue states (although Russia claims that the system is directed against it).

A few days ago, Trump told NATO Secretary General Jens Stoltenberg that the organization is of enduring importance to the US, and that Washington will remain committed to Europe’s security. While this message demonstrates that Trump understands the need to reassure America's allies, worries remain about his attitude vis-à-vis Russia.

During the election campaign, Trump’s negative declarations concerning NATO stood out in stark contrast to his comments about Russia, which revealed a rather curious appreciation for that country. Trump claimed that Russia had not crossed any NATO red lines, an assertion that ignored numerous provocative acts by Russia.

Those acts include jetfighter incursions near or into NATO members’ airspace, including that of Britain, and Norway. Russian leader Vladimir Putin has demanded not only that NATO withdraw its forces from the countries bordering Russia, but that it be dismantled completely.

Putin has maintained a consistent policy designed to increase Russia’s global influence at the expense of the US and the West. Trump’s words regarding NATO seem to further Russian rather than American interests.

Trump’s ambiguous declarations about NATO, especially about Article 5, are perilous. Regardless of any future action, the statements themselves create uncertainty that can undermine NATO's deterrence. In the long run, that uncertainty might encourage Russia to challenge the US by attacking one of the Baltic states. If such an attack were to take place, Washington could find itself entangled in a war with Russia.

One can only hope that upon closer examination, Trump will find NATO to be an asset to the US, an essential organization that has significant deterrence power vis-à-vis Russia and Iran. This is one of the central reasons why the US has been the main contributor to NATO’s budget. In addition, US commercial interests benefit from defense industry sales to NATO and to NATO allies.

It is arguable that NATO might benefit from a more critical and demanding American approach, which could lead it to reduce its bureaucracy and become more efficient. Such an approach might also encourage the European member states to become more engaged and allocate more finances to their own defense budgets as well as to NATO’s operations and activities. It might even boost NATO’s efforts to conduct a constructive dialogue with Russia in order to limit the risk of incidents – an objective expressed by NATO itself following the July 2016 Warsaw Summit.

Nevertheless, Trump's administration should be careful not to weaken NATO's deterrence and power projection. Hopefully, Trump will discover that NATO acts as security insurance not only for Europe but also for the US, and therefore serves America’s broader global interests.

BESA Center Perspectives Papers are published through the generosity of the Greg Rosshandler Family
http://besacenter.org/perspectives-papers/381-hershco-trumps-ambivalence-towards-nato-backfire/