This Turkish deal is illegal and betrays Europe’s values 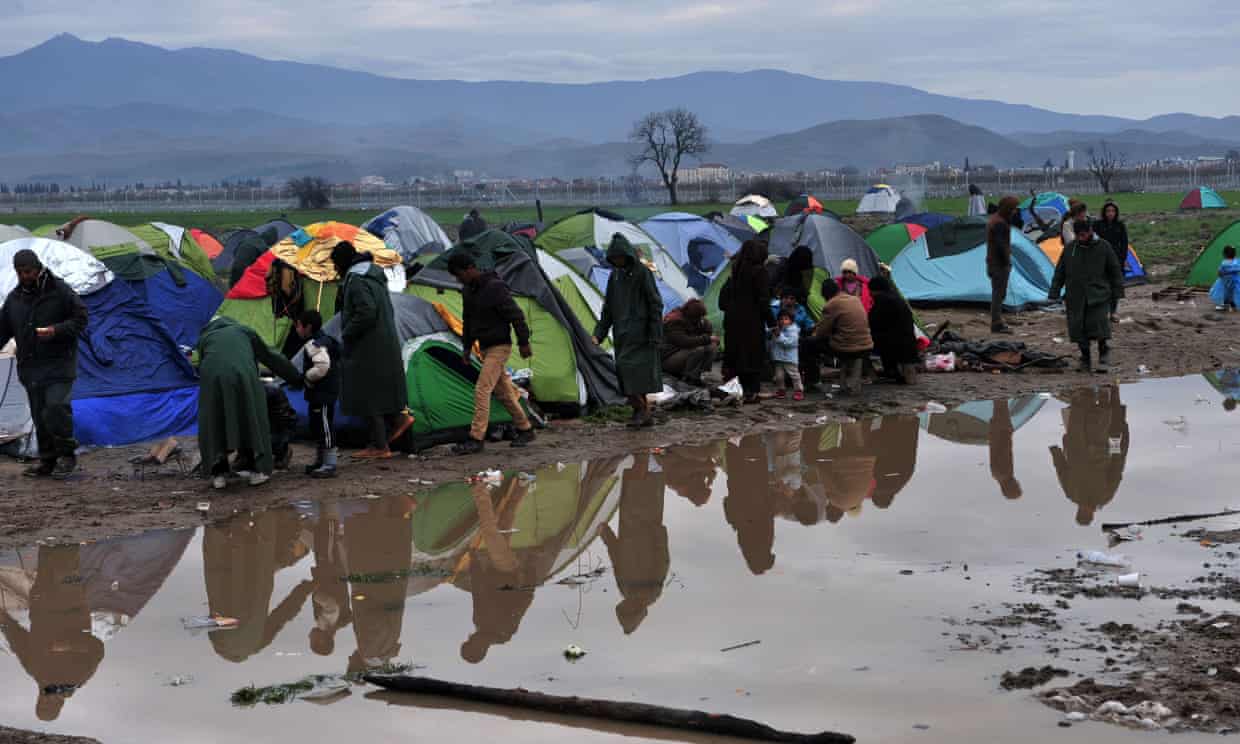 Our increasingly divided and desperate European leaders are failing to deliver an effective collective response to the escalating refugee crisis. Instead of devising a strategy to protect those fleeing the barbarity of Assad, Islamic State (Isis) and the Russian air force, EU leaders are obsessed with devising a system to “stem the flow” – in other words to push desperate refugees back into the Aegean sea.

At the EU-Turkey summit on Monday, the Turkish prime minister, Ahmed Davutoğlu, offered European leaders the illusory “quick fix’’ they sought, in return for a number of concessions. The basic principle of the “one in, one out” deal on offer is that any economic migrant or Syrian refugee trafficked to a Greek island will be forcibly returned to Turkey. For every Syrian sent back to Turkey from Greece, another Syrian would be accepted by EU countries and distributed under a quota scheme. It seems that both the EU and Ankara are willing to take the bait and a deal may be concluded next week, but Europe’s leaders should be careful what they wish for.
There are a number of reasons why this approach is not just immoral, but fundamentally flawed. First, compulsory mass expulsions are, quite rightly, outlawed by the 1951 UN convention on refugees. This treaty has been signed and promoted by the EU. Article 19 of the EU’s own charter of fundamental rights specifically states that “collective expulsions are forbidden”. The UN has already made it clear that mass returns would not be consistent with international law. We know Turkey has an appalling human rights record and a non-functioning asylum system. There is even evidence that Turkey has been forcibly expelling Syrian refugees back into Syria. Does Europe really want to be responsible for an expansion of this?

Given that we are simultaneously paying Turkey money to stop the flow from Turkey to Greece, one can only conclude that EU leaders are now deliberately attempting to construct a system to ensure that Europe doesn’t have to take any more refugees despite our international obligations, including under the Geneva conventions, to do so. This is deeply wrong.

Other parts of the draft agreement with Turkey offer a number of concessions, including more money, accelerated accession talks and a visa waiver from June. These are also hugely problematic, given the deteriorating human rights situation in Turkey and its government’s brutal clampdown on the free press.

Just last week, we saw the appalling occupation of Turkey’s largest independent newspaper, Zaman. The EU’s priority should be to bring Turkey back from the verge of becoming an authoritarian regime and using the EU accession process, to which it is party, to cement human rights values and good governance.

Instead, by offering visa-free travel across Europe’s crumbling Schengen zone, we will be complicit in handing Turkish president Recep Tayyip Erdoğan a domestic political victory. Any agreement must include enforceable commitments from it to reverse its crackdown on media freedom and civil liberties.

Instead of trying to outsource our problems by signing up to a dodgy deal with Turkey, we should be working together to take matters into our own hands, by delivering three immediate actions. The first action we should take is to fast-track the establishment of a well-funded and well-resourced European border and coastguard service, capable of managing the European Union’s external border and processing asylum claims, instead of relying on Turkey to do this for us.
Second, instead of giving Turkey billions of euros, this money should be given directly to the UNHCR, to provide education facilities and a humane existence to people stuck in the refugee camps. And we should be working much harder as a bloc to provide a political solution to the Syrian conflict and doing more to contain Russian military aggression, by agreeing enhanced EU sanctions against Moscow.

The European Union is a community of nations which, despite being ravaged by two world wars and divided by the cold war, managed to come together to deliver peace, security and prosperity for a generation. Despite its failings, the EU has broadly succeeded in these aims.
One of the reasons for this is that the EU has never just been one giant internal market, as British prime minister David Cameron and many others would like it to become. It has been, and must continue to be, a community of nations where fundamental human rights are safeguarded and furthered. As much as it is a free trade area, it is a community of values.

We are mistaken if we think that Turkey can take away our problems or the refugee crisis; it cannot. Only a genuine European approach, based on solidarity and humanity can do this. Signing up to this cynical deal with Turkey will mean tearing up the very legal order Europe built from the rubble of the second world war. Drinking from Erdoğan’s poisoned chalice is not the solution.