The Turkish-Russian Rapprochement: How Real? How Durable? 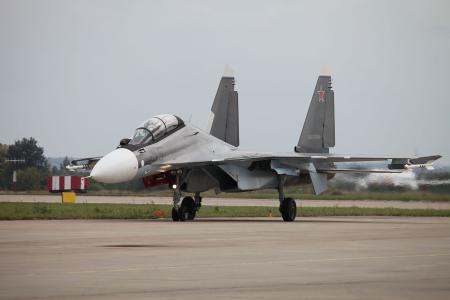 Geostrategically, the collapse of the Soviet Union removed the main rationale for the U.S.-Turkish security partnership Many Western officials worry that the strengthening of ties between Russia and Turkey signifies an increasing “eastward drift” in Turkish policy and a weakening of Turkey’s ties to the West.

The signing of a major new gas agreement with Russia during President Vladimir Putin’s visit to Istanbul last month has reinforced these concerns and has raised a number of important questions. How serious and durable is the rapprochement? Does it represent a long-term restructuring of the security order on NATO’ southern flank or simply a short-term attempt for both countries to gain greater diplomatic freedom to maneuver?

The end of the Cold War and the disappearance of the Soviet threat had a profound impact on Turkish foreign policy and relations with Russia. Geostrategically, it removed the main rationale for the U.S.-Turkish security partnership and reduced Turkey’s dependence on the United States for its security. At the same time, it opened up new diplomatic opportunities in areas that had been neglected or were off limits to Turkish policy during the Cold War. No longer a flank state, Turkey found itself at the crossroads of a new strategic landscape that included areas where it had strong historical, political and economic interests – particularly the Middle East, Russia, Central Asia and the Caucasus.

Turkey sought to exploit the new flexibility and greater maneuvering room provided by the new, more open post-Cold War international environment to expand economic ties with its neighbors. This was part of a broader process of adapting Turkish foreign policy to the new strategic challenges posed by the end of the Cold War. In the last two decades this process has gained considerable momentum, especially in the economic field. Today Russia is Turkey’s number one trading partner and its largest supplier of natural gas. Industrial projects in Russia account for about a fourth of all projects carried out by Turkish construction contractors around the world. Russian investment in Turkey, especially in the energy, tourism and telecommunications sectors, has also increased significantly in recent years.

Political ties have gradually improved as well. In December 2004, President Putin became the first Russian head of state to visit Turkey in 32 years. The visit was crowned by a joint declaration on the “Deepening Friendship and Multi-Dimensional Partnership” between the two countries, which set out an agenda for future cooperation in a number of cultural, economic and political areas. Since then, high-level political and economic contacts have visibly increased.

At the same time, Turkey’s relations with the United States and Europe have become more strained and difficult. Sharp differences over Iraq and the Kurdish issue have been compounded by differences over Iran and most recently Syria. These growing strains with Washington and the stagnation of Turkey’s relations with the EU gave important new impetus to the opening to Moscow.

Energy has been an important driver of the recent intensification of ties between Ankara and Moscow. Russia supplies close to 60 percent of Turkey’s natural gas imports and 40 percent of its crude-oil imports. During Putin’s visit to Istanbul in October the two sides signed an agreement to revive the suspended negotiations on construction of the natural gas pipeline Turk Stream. The pipeline would run under the Black Sea to Turkey and then to the Greek border, enabling Russia to reach Western European markets without using Russia’s existing export pipelines through Eastern Europe.

Turk Stream also has advantages for Turkey. It would ensure Turkey has a steady supply of gas to secure its growing energy needs. As a sweetener, Ankara was able to negotiate a reduction in the price of gas on the Turkish internal market. Finally, Turk Stream would advance Ankara’s longstanding ambition to become a trading hub for the entire region.

Still, the rapprochement seems to represent more an economic marriage of convenience than a deeply rooted political alliance. On a number of important issues, particularly the Syrian conflict, Turkey and Russia have very different interests and priorities. Turkey’s main strategic priority in Syria is to oust President Bashar al-Assad, while Russia’s is to keep Assad in power. In Ankara’s view, there can be no stable peace in the region while Assad remains in power.

Looking ahead, the future is far from clear. The rapprochement between Turkey and Russia is likely to continue in the economic sphere, especially in the energy realm, but is not likely to develop much further on the political level because, as noted, Turkish and Russian political interests and priorities differ so starkly. This makes it highly unlikely that they can work closely together over the long run.

F. Stephen Larrabee is a senior political scientist at the nonprofit, nonpartisan RAND Corporation, its Distinguished Chair Emeritus in European Security, and a member of the Pardee RAND Graduate School faculty.