The Day after Aleppo Falls 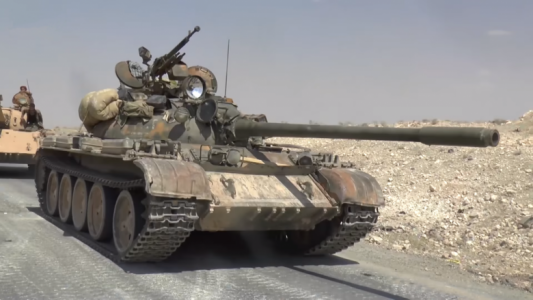 The fall of Aleppo could lead to a further increase in tension between the Syrian regime and Turkey.
Francesco Belcastro
The Syrian army’s rapid advances in eastern Aleppo last weekend have rekindled discussions over what the consequences would be of the fall of the besieged northern city. Observers seem to agree on the fact that (barred dramatic changes on the ground) the regime will be able to take control of Eastern Aleppo.

What they widely disagree on is how long will it take, with estimates ranging from a few weeks to several months. The world seems to focus on whether the city will fall before the new American president is sworn in, but a more important question is what the fall of Aleppo will mean for the future development of the Syrian conflict. As the push to get rid of ISIS continues in Syria and neighboring Iraq, actors on the ground have been positioning themselves for the next phase of the conflict. Northern Syria sees a delicate balance between Kurdish forces, the central government and Turkey. The fall of Aleppo could lead to a further increase in tension between the Syrian regime and Ankara, whose relations are currently based on a fragile Russian-brokered agreement. This article, explores three aspects that will shape the trajectory of the conflict in the foreseeable future: how the city falls, the understanding with Turkey, and what happens in Raqqa.
First, while the focus is currently on when the city will fall, “how” the city falls is very relevant to what the regime does next. The Syrian conflict will not finish with the fall of Aleppo, it will just enter a new phase. The regime will have to keep fighting to secure its new gains and take control over other areas. The Syrian regime suffers from a chronic shortage of well-trained troops, forcing it to move its “fighting” unit (such as the famed Tiger Forces) around the country. In the past, this strategy has resulted in sudden collapses on one front after troops have been moved elsewhere: the opposition offensive in Hama Province in September 2016, for example, was a result of the redeployment of troops from that area to the Aleppo province. This shortage has only partially been addressed by the robust presence of Iranian sponsored Shia militias, Hezbollah units and other forces. Despite the “reconciliations” that have allowed for a peaceful transition in several cities around Damascus, regime forces are stretched in the attempt to fight on several fronts. It is therefore paramount for the regime to take over the city with a relatively small loss of troops. By taking over Aleppo with little use of ground forces, the regime could immediately focus on a new area in the country (whether around Aleppo, or somewhere else). Should it suffer significant casualties, it might be months before the regime can think about mounting a new offensive.

Second, the current balance in the north of the country is widely understood to be based on a Turkey-Russia agreement that has been accepted by the Syrian regime. The understanding among the parties seems to be the following: the regime gives consent to the presence of Turkish troops within its territory in exchange for Turkish non-involvement in Aleppo. Assuming that these are the terms agreed, the question is what happens when the city falls? Will the regime become more vocal in its criticism of Turkey? Will it attempt to undermine the Turkish presence by supporting guerrilla groups? This delicate balance has already risked unraveling when Syrian airplanes allegedly targeted Turkish troops, killing five and wounding many others. The aftermath of the Aleppo battle could see an increase in tensions between Damascus and Turkey, and a renewed understanding among regime Kurdish forces and the Iraqi government. Despite reports of clashes in and around Hasakeh over the summer, the Syrian regime has significant converging interest with the YPG that is the main target of Ankara’s invasion. Similarly, the Syrian concerns over Turkey’s presence could also bring a further alignment with Baghdad, as Iraqi policy makers share similar concerns over the Turkish presence in the Mosul initiative. While the Turkish-sponsored coalition has enjoyed success in North Syria, Ankara’s activism is bound to create resistance and tension in the region.

Against the backdrop of these developments, it is important to keep in mind that the “race for Raqqa” has already started. U.S. backed rebel forces have started advancing towards the IS controlled city; villages thirty miles from the city have already been snatched from Daesh’s control. The “Syrian Democratic Forces” coalition is still composed mainly of Kurdish forces, as highlighted by a recent report by the Institute for the Study of War. Yet Raqqa has no strategic or historical value for the Kurds (other than the short term goal of getting rid of the ISIS presence). Furthermore, the city never had a significant Kurdish population, so it is rather unlikely that Kurdish forces will be allowed to play a central role in its administration. Once Raqqa falls (and this might not be something that happens any time soon) the inevitable question will be who is left in charge. The regime is not currently involved in this race, but its troops are not far and maintain a presence in Palmyra/Tadmur (well-supported by Russian “advisors” that are reportedly present in high numbers). From the regime’s point of view, the Western-led initiative represents an interesting opportunity. The coalition is “doing the dirty job” of taking Raqqa from ISIS, but it could face problems once the city is taken. The regime could position itself to exploit potential power-sharing problems if disputes were to emerge among the forces that are fighting to dislodge ISIS. The attack on Raqqa will also help the regime by providing a much needed decrease of pressure to the few regime controlled areas in the east, particularly on Deir-Ezzor, which has effectively been under siege by ISIS for the last three years.
Taking over Aleppo would represent an important step for the Syrian regime, virtually ending the international community’s attempts to engage Assad in real negotiations. But it would not bring an end to the fighting; rather, it would mark the start of the next phase in the conflict. In this new phase, the fragile understanding that has avoided open confrontation between the Syrian regime and Turkey would be challenged by Turkish activism and by a regime emboldened by its victory in Aleppo. This might bring the regime to cooperate more closely with the Kurdish forces (with whom it already has strong links) and with neighbouring Iraq, which, like Syria, is threatened by Turkish adventurism. A quick fall of Aleppo would allow the regime to free some resources that could be used to exploit any potential opportunity arising from the Syrian Democratic Forces’ advance towards Raqqa. As the regime is still struggling with severe manpower shortage, any chance to “free-ride” on other parties’ efforts would surely be appreciated.

Francesco Belcastro is a Lecturer at the University of Derby (UK) and a fellow at the Centre for Syrian Studies, University of St Andrews (UK). His main areas of interest are the politics of the Levant region and issue related to regional security. His latest research project looks at regional involvement in civil wars.