THE DANGER OF INADVERTENT WAR IN THE NEXT FOUR YEARS 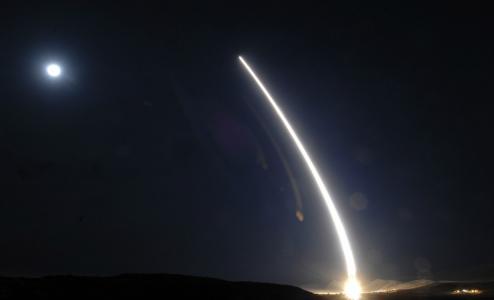 In 1914, Austria-Hungary launched what it thought would be a short punitive war against Serbia. The next thing it knew, it was involved in a war against Russia, Italy, France, Britain, and then the United States. Four years later, Austria-Hungary ceased to exist. If the Austro-Hungarian government had known where its Balkan intervention would lead, it would never have launched it. But it didn’t know. World War I was an inadvertent war.

World War I was horrifying, among the greatest catastrophes that humanity had ever experienced. Then, with the advent of nuclear weapons, the idea of inadvertent great power war grew even more alarming. One concern during the Cold War was that a small crisis might lead to a general war, as each side sought to one-up the other. The successful negotiations of the Incidents at Sea Agreement and the host of confidence-building measures emerged from the Conference on Security and Cooperation Europe and its successor were a recognition of this concern. On at least two occasions, the superpowers took the initial steps up such an escalatory ladder. In 1956, Soviet leader Nikita Khrushchev threatened to use nuclear weapons on France and Britain and London during the Suez Crisis. Then in 1973, Soviet leader Leonid Brezhnev threatened to send Soviet troops to enforce an Arab-Israeli ceasefire and President Richard Nixon (or Secretary of Defense James Schlesinger) moved American forces to DEFCON 3. Another concern was a technical glitch or an intelligence mis-assessment that might lead one side to believe it had only minutes to respond to a nuclear attack that was already underway, as happened in the United States in 1979 and in the Soviet Union during the ABLE ARCHER exercise in 1983. The end of the Cold War seemed to put an end to most such concerns. The world could rest easy; there would be no World War III and no nuclear war.
With the election of Donald Trump as President of the United States, the odds of inadvertent war with a nuclear-armed Russia have spiked. Ironically, the danger comes not from hostility between the United States and Russia, as it did during the Cold War. Rather, it comes from the coziness between Trump and Russian President Vladimir Putin. During the campaign, Trump responded favorably to what he perceived as complimentary words from Putin and expressed his admiration for Putin’s leadership. He spoke positively about Russia’s intervention in Syria and downplayed the Russian hacking efforts against Democratic Party targets, at once expressing doubt that they happened and inviting the Russians to do more. Not long before the election, Trump said that as President-elect he might like to meet with Putin. Meanwhile, Putin has welcomed Trump’s election as has Russia’s rubber-stamp parliament which broke into applause and cheers when it heard that Trump had won. Putin probably looks forward to being able to manipulate Trump, whose need for praise and sensitivity to criticism is already the stuff of legend. Putin probably also looks forward to a little payback for President Bill Clinton’s well-publicized manipulation of Russian President Boris Yeltsin during the 1990s.
With the advent of Trump, the greatest danger of inadvertent war is in Europe, probably in the Baltic States. Consider the following scenario. Putin is emboldened by his land grabs in Georgia and Ukraine, still smarting from the historic wrong of the break-up of the Soviet Union, and wanting to return ethnic Russians in the Baltic States to the Moscow fold. He is also aware of Trump’s skepticism about the utility of NATO and confident that the American president is either in his corner, susceptible to manipulation, or disinterested. In other words, Putin does not buy American deterrence. Accordingly, he decides to make an overt military move on the Baltics. Facing the destruction of their countries, these prosperous democracies request assistance under NATO’s Article 5. At this point, Trump is hammered by European allies and American national security experts demanding that he do something unless he wants to be the president who “lost” Europe. Belatedly, he wakes up to the threat and decides that he must respond. However, aiding the Baltics — which are right on Russia’s doorstep and have no strategic depth — is difficult. So the United States and NATO are faced with the unpleasant alternatives of either an extremely bloody and possibly doomed conventional conflict in Eastern Europe, nuclear escalation, or horizontal escalation elsewhere in the world. Meanwhile, with the United States distracted, the time is ripe for other countries, such as China, North Korea, and Iran to act out.
Improbable? Yes, but frighteningly plausible and far more likely than it was the day before the election. Furthermore, similar scenarios focusing on Poland, Ukraine, and other countries can also be readily imagined. This is a classic low-probability, high-impact scenario. But being this involves nuclear weapons, you’ve gotta ask yourself one question: “Do I feel lucky?”

Mark Stout, Ph.D., is the Director of the MA Program in Global Security Studies at Johns Hopkins University’s School of Arts and Sciences in Washington, DC. He has previously worked for thirteen years as an intelligence analyst with the State Department’s Bureau of Intelligence and Research and later with the CIA. He has also worked on the Army Staff in the Pentagon and at the Institute for Defense Analyses.
warontherocks.com/2016/11/the-danger-of-inadvertent-war-in-the-next-four-years/