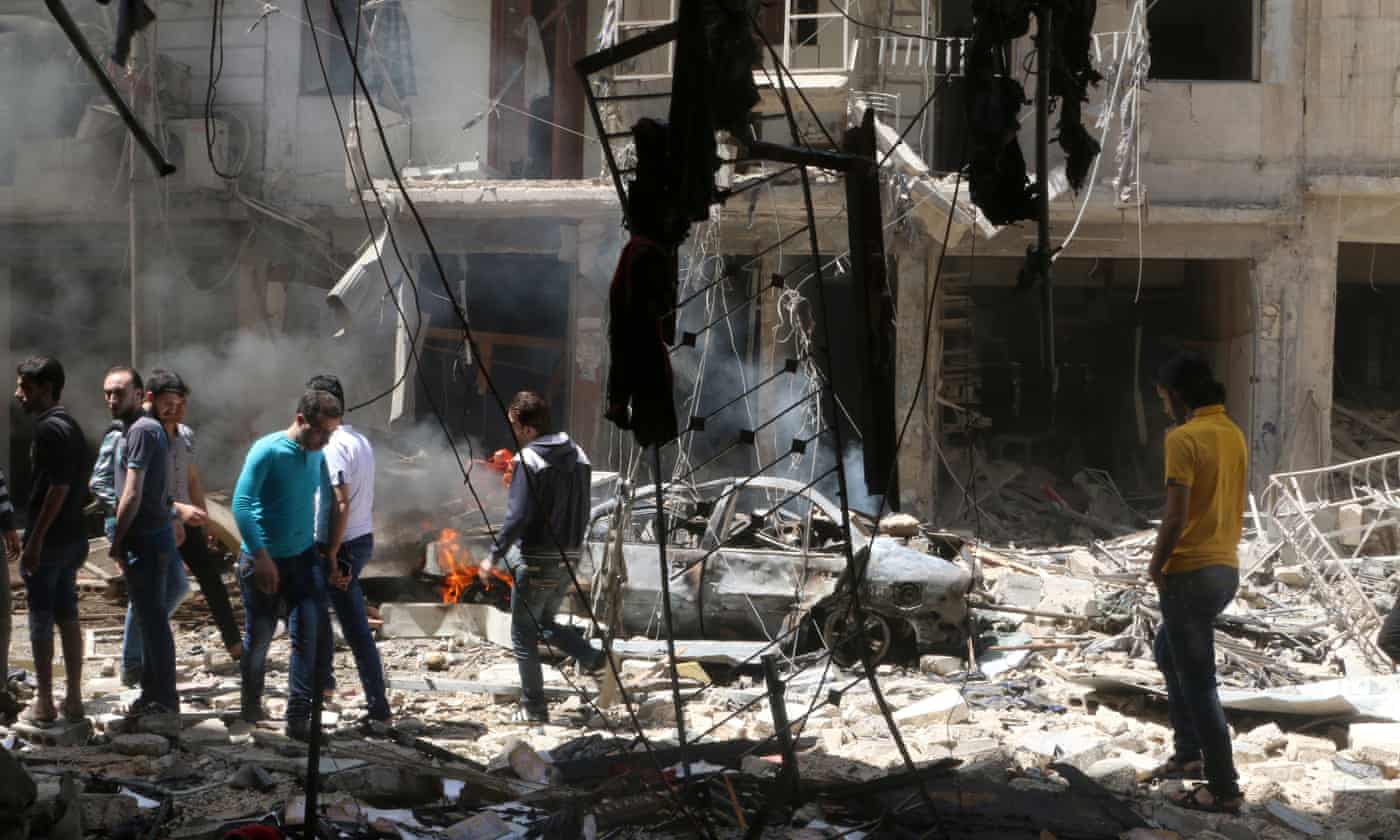 Staffan de Mistura, the UN envoy for Syria, is a consummate diplomat, but this week he has struggled to mask a sense of rising panic – appealing to the US and Russia to come together to stave off what his humanitarian coordinator warned on Thursday would be a new “catastrophe” if violence did not stop.

De Mistura reported privately to the UN security council on Wednesday on the latest “proximity” talks in Geneva, where he met the two Syrian sides separately. Opposition negotiators walked out last week, insisting they could not stay in the Palais des Nations while their people were suffering on the ground.

“How can you have substantial talks when you have only news about bombing and shelling?” De Mistura asked journalists afterwards. “Barely alive” was his blunt characterisation of the truce. And diplomats said he spoke far more forcefully on the video link to New York.

Mainstream Syrian rebels insist they are committed to a political solution despite pressure from their own constituency – never mind Islamist groups which do not believe in negotiations and want more support to fight. Britain’s diplomats and spin doctors have helped hold the line, with generous Saudi cash.

Bashar al-Assad’s representative, Bashar Jaafari, maintains a poker face when he calls the opposition the “Riyadh delegation” – a propaganda line that fits the Damascus narrative of a foreign uprising against Assad’s legitimate rule while ignoring his backing from Iran and Russia and mounting evidence of the atrocities he has committed.
Jaafari has met De Mistura more often than the rebels, but he has not discussed the transitional governing body that is supposedly at the heart of the process. Assad’s version of peace is a national unity government which he would still lead – in the sixth year of a conflict that has claimed 400,000 lives and made millions homeless.

Western responses to the Syrian crisis were hesitant from the start. Last autumn Russia deployed its air force, ostensibly to fight Isis but in reality to support Assad. Its sudden (partial) withdrawal has not been followed by hoped-for political pressure from Moscow on Damascus.

“Russia has set itself up as the protector of the Assad regime,” said the foreign secretary, Philip Hammond, “so it has a duty to bring its full influence to bear.” That sounded suspiciously like more wishful thinking.

Syrian rebels and European governments alike think Barack Obama has moved perilously close to Vladimir Putin. Russia is now trying to add the powerful Islamist rebel groups, Jaysh al-Islam and Ahrar al-Sham, to the internationally proscribed Isis and Jabhat al-Nusra – with no opposition from the Americans.

This tacit cooperation matters: the US and Russia brokered February’s cessation-of-hostilities deal, run the taskforce monitoring it and are working on an updated map of where attacks can take place. So what De Mistura called “revitalising” the truce agreement could in fact mean intensified targeting of anti-Assad forces.

The Russians are also pressing for the inclusion of other, more pliable, Syrians, including Kurds, in the Geneva talks – with Putin portrayed in one Arab cartoon painting Matryoshka dolls to sit round the Geneva negotiating table.

Arab governments are bitterly divided over Syria but many see a lesson that was learned the hard way by the Palestinians: the Oslo agreement of 1993 appeared to herald an end to the conflict with Israel, but the long “peace process” that followed saw Israel swallow up more Palestinian land to the point that no solution was left.

The comparison being made now is that just as the US provided cover for Israel, Russia is protecting Assad. In both cases, negotiations and diplomacy came to look like a fig-leaf for inaction – talk of peace masking the pursuit of policies on the ground that rendered hopes for a just or workable outcome meaningless.