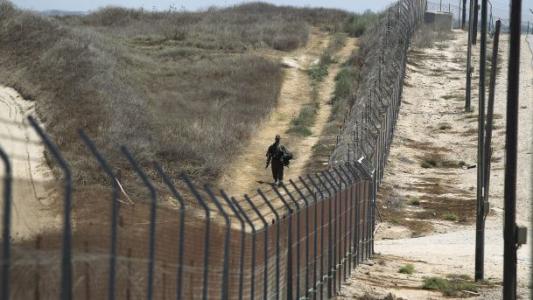 Israel, Jordan and Syria have embarked on secret discussions for the stabilization of their borders in southern Syria by restoring the status quo ante that reigned on the Golan prior to the outbreak of the Syrian civil war in 2011.

This is reported exclusively by DEBKAfile from intelligence, Washington and Moscow sources.
The incoming Trump administration in Washington and Russian President Vladimir Putin are in the picture; so is the United Arab Emirates ruler, Sheikh Mohamed Bin Zayed Al Nahyan.
Although still at a preliminary stage, the talks have produced their first tangible result: A vanguard of the United Nations Disengagement Observer Force (UNDOF) has arrived on the Syrian side of the Golan. It has taken up position at its former Fawwar Camp base 4km east of Quneitra, which it evacuated during the Syrian fighting. The main body of the force, around 1,000 UN soldiers and 70 observers, is expected soon, to take up the task of reconstituting the former demilitarized zone that separated Israel and Syria under the 1974 armistice agreement.
This DMZ runs 80km along the Hermon range up to the Lebanese border in the north and down to the Israel-Syrian-Jordanian triangle in southern Syria up to the Jordanian border. In the 25km long Golan strip, between half a kilometer and 10 deep, the IDF and Syrian army were originally limited as to the number of soldiers and types of weaponry they are allowed to maintain. The strip will revert to Syrian civil administration under UNDOF control, and the Israeli-Syrian border crossing point will be reopened in the Quneitra area under the joint supervision of UN, Israeli and Syrian officers.
The military arrangements are still in discussion and changes may be introduced to this format.
The main obstacle to the return of pre-Syrian war conditions to this sensitive border region is the presence of radical Syrian rebel forces in southern Syria, mainly the Khalid bin Walid Army, whose leaders have sworn allegiance to Islamic State commander Abu Bakr al-Baghdadi.
These forces will face the option of accepting the authority of the Syrian army or fighting a win-or-die battle.
Israel has an additional, compelling interest in restoring the disengagement zone with Syria in that it leaves no room for the grab for a military presence opposite Israeli Golan and Galilee that was made in recent months by Iran and its Lebanese proxy, Hizballah, for the purpose of opening a new front for terrorist attacks against Israel - as DEBKAfile was first to reveal. .
An indirect clue to the secret diplomatic talks ongoing came from the Syrian ruler Bashar Assad in an interview he gave on Nov. 16 to a Portuguese radio station, when he said: “If –if – he [Trump] fights the terrorists, it is clear that we will be a natural ally, together with the Russians, Iranians and many other countries who want to defeat the terrorists.”
The parties with varying degrees of involvement in the restoration of the UN-controlled DMZ on the Golan border are, therefore, the incoming Trump administration, Moscow, Damascus, Amman, Abu Dhabi and Jerusalem. Russia, Jordan and the Emirates have gained relevance for the first time as a result of changes in the strategic balance engendered by the Syrian war.
http://debka.com/article/25789/Secret-Israel-Jordanian-Syrian-border-talks-begin