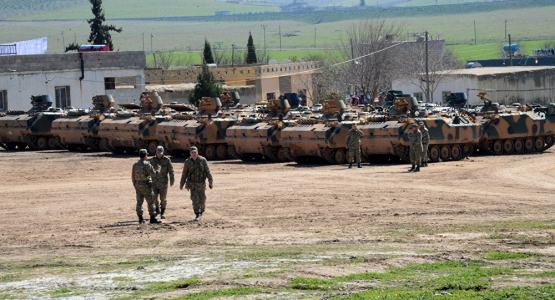 Barcin Yinanc
“We never believed it was the decision of the president to shoot down the plane. We know that outside forces were involved with that decision,” said Leonid Reshetnikov, the head of the Russian Institute for Strategic Studies (RISS).

He was speaking on Oct. 31 at a conference organized by the Ankara Policy Center on the future of Turkish–Russian relations.

His statement about the downing of theRussian plane in November 2015 is problematic for several reasons.

First of all, it is awfully humiliating to hear a foreign observer tell you that action taken by your military was ordered by foreign powers, not by your state’s officials.

I have not come across any Turkish official openly saying the downing of the plane was the making of outside forces. They only went as far as to say that the pilots who shot down the plane have since been arrested on charges of being a member of the Fetullahist Terrorist Organization (FETÖ). That in itself is not enough to conclude that the incident was the making of outside forces.

Even if what Reshetnikov said was true, would it not be humiliating for Turks to admit it and feel relieved that we can now have peaceful relations with Russia, as the incident was not the making of the Turkish government? What is more embarrassing is to see that those who have allowed the Gülenists become so powerful are not even ashamed to see the Russians comfortably disclosing Turkey’s weaknesses.

Still, another obvious problem with Reshetnikov’s statement is the question of why Russia chose to retaliate severely via sanctions, rather than telling the Turks that the downing was the work of outside forces.

Before I address that, let me continue with messages given by the head of RISS. They are important as they directly reflect the views of the Kremlin, which Reshetnikov himself made clear by saying how closely the RISS works with the Russian presidency.

In Reshetnikov’s view, the United States is pursuing a “manageable chaos” policy in the Middle East and seeks the dismantlement of countries in the region. “But we are against the division of any country. We want neither a Kurdish, nor Shiite, nor Sunni region. We should not change the map of the world,” he said.

“Russia wants a united Syria, the elimination of radicals, and the holding of elections,” Reshetnikov added, while claiming that the U.S. wants to topple the Bashar al–Assad regime and create several states out of Syria.

“Saudi Arabia does not even know what it wants,” he said of Turkey’s main ally in Syria.

“We are categorically against playing with Syrian Kurds. They should have cultural autonomy, nothing more,” he added, in words that would probably be music to Ankara’s ears.

But what came after would probably not be music to Ankara’s ears. According to Reshetnikov, the biggest threat for Turkey is for it to be drawn directly into the war in Syria. “It is already very difficult to find a way out of Syria. The fewer outside forces interfere, the better it will be,” he said.

“The less the Turkish army is active in Syria, the better. We understand what motivates Turkey. We understand its concern about Kurdish regions,” he said when I asked him to elaborate.

Reshetnikov stressed that any military action on land should concentrate on cleansing Islamist radicals, like the Islamic State of Iraq and the Levant (ISIL), or the “former al–Nusra.” He noted that Turkey’s role is “important in the political sphere” and it should use this political role more efficiently.

In short, Russia wants to see limited Turkish military action on the field in Syria and wantsAnkara to use its influence over certain groups like the “former al–Nusra.”

This tells us three things: First, Turkish military action and political plans do not only carry the risk of clashing with the U.S., but also with Russia. Second, Russia’s reaction after the jet downing incident was not only about the death of its pilot - it was also about Turkey’s policy in Syria, with which Moscow was getting increasingly irritated. Third, Turkey’s room for maneuver in Syria is limited, despite official rhetoric.

However, none of this will stop President Recep Tayip Erdoğan from continuing to use grand rhetoric, out of proportion from the reality on the ground.