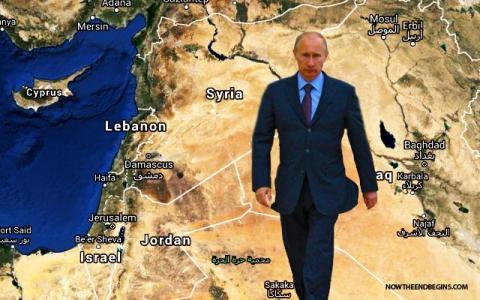 Moscow's military intervention in Syria has not only made it a key factor in that country's civil war but has also boosted its regional standing, netted it a major naval outlet in the Eastern Mediterranean, and exacerbated Europe's domestic problems by accelerating the refugee outpour into the Continent.

While minimizing the Middle East's sectarian divide and portraying its intervention as support for the Syrian government's legitimate fight against terrorists, Moscow has effectively backed a Shiite, anti-Sunni bloc by aligning itself with Tehran - a historic-enemy-turned-ally in opposition to Western regional interests.

This assertiveness is emblematic of Putin's proclivity for military adventures abroad - from Georgia (2008), to Ukraine (2014), to Syria - as a means to reassert Russia's international standing and to consolidate his rule by diverting public attention from the country's domestic problems. The 2014 annexation of Crimea, for example, enabled him to rally the nation behind him in the face of tightening economic sanctions; the Syrian intervention has had a similar effect.

Social media photos of Russian soldiers in Syria's Latakia province, late 2015.
As the economy worsens still further, the Kremlin suppresses dissent and whips up ultra-nationalist sentiment by glorifying the likes of Ivan the Terrible and Stalin. This in turn makes Russia into an unstable and unpredictable one-man rule without eliminating Putin's need to generate recurring crises to continue diverting the restive population from the country's domestic problems.

In order to contain Moscow, which is likely to test the Trump administration by exploiting the divergences between Washington and its European allies, the West needs a long-term, unified strategy that will place future talks with Russia within an unambiguous and comprehensive framework. It can demonstrate its support for its Middle Eastern allies by tightening the sanctions against the Russian military-industrial complex; making Moscow accountable for its Syrian war crimes; and credibly threatening a limited use of force against the Assad regime for any future ceasefire violations.

Ultimately, the Russian options are limited and contingent on what the West will or will not do. The devastating consequences of taking Putin at his word in Syria for a year now has blinded the West to his hostile intent. Western success will therefore depend on drawing a firm and decisive line in the sand that Moscow will not dare to cross.