Skip to main content Skip to search
Secondary menu
Home » Our World: Michael Flynn and what he means for Trump’s foreign policy

Our World: Michael Flynn and what he means for Trump’s foreign policy 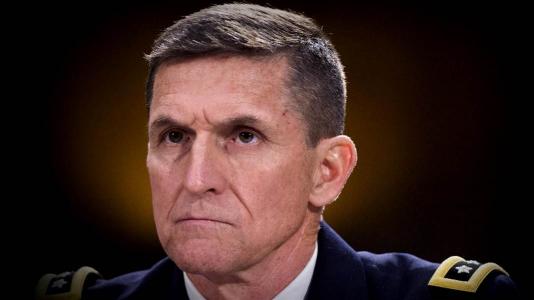 By CAROLINE B. GLICK
With Mattis and Flynn at his side, Trump intends to bring down the Iranian regime as a first step toward securing an unconditional victory in the war against radical Islam.

In the US and around the world, people are anxiously awaiting US President-elect Donald Trump’s announcement of his choice to serve as secretary of state. There is no doubt that Trump’s choice for the position will tell us a great deal about the direction his foreign policy is likely to take.

But the fact is that we already have sufficient information to understand what his greatest focus will be.

Trump’s announcement last week that he has selected Marine General James Mattis to serve as his defense secretary is a key piece of the puzzle.

Mattis has a sterling reputation as a brilliant strategist and a sober-minded leader. His appointment has garnered plaudits across the ideological spectrum.

In 2013, US President Barack Obama summarily removed Mattis from his command as head of the US Military’s Central Command. According to media reports, Mattis was fired due to his opposition to Obama’s strategy of embracing Iran, first and foremost through his nuclear diplomacy. Mattis argued that Iran’s nuclear program was far from the only threat Iran constituted to the US and its allies. By empowering Iran through the nuclear deal, Obama was enabling Iran’s rise as a hegemonic power throughout the region.

Tom Ricks of The New York Times, for instance, attacked Flynn as “erratic” in an article Saturday where he praised Mattis.

It is difficult to understand the basis for Ricks’ criticism. Flynn is considered the most talented intelligence officer of his generation. Like Mattis, Obama promoted Flynn only to fire him over disagreements regarding Obama’s strategy of embracing Iran and pretending away the war that radical Islamists are waging against the US and across the globe.

Flynn served under Obama as the director of the Defense Intelligence Agency. He was fired in 2014 for his refusal to toe the administration’s mendacious lines that radical Islam is not the doctrine informing and inspiring the enemy, and that al-Qaida and its fellows are losing their war.

What Obama and his advisers didn’t want to hear about the US’s enemies and about how best to defeat them Flynn shared with the public in his recently published book Field of Fight, which he coauthored with Michael Ledeen, who served in various national security positions during the Reagan administration.

Flynn’s book is a breath of fresh air in the acrid intellectual environment that Washington has become during the Obama administration. Writing it in this intellectually corrupt atmosphere was an act of intellectual courage.

In Field of Fight, Flynn disposes of the political correctness that has dictated the policy discourse in Washington throughout the Bush and Obama administrations. He forthrightly identifies the enemy that the US is facing as “radical Islam,” and provides a detailed, learned description of its totalitarian ideology and supremacist goals. Noting that no strategy based on denying the truth about the enemy can lead to victory, Flynn explains how his understanding of the enemy’s doctrine and modes of operation enabled him to formulate strategies for winning the ground wars in both Iraq and Afghanistan.

And win them he did. As he explains in his book, Flynn oversaw the transformation of the US’s strategies for fighting in both theaters from strategies based on top-down decapitation of the enemy’s leadership to a groundup destruction of the terrorist networks.

Flynn’s strategy, which worked in both countries, was based on the premise that it wasn’t enough to kill “high value” targets. The US needed to develop a granular understanding of the terrorist networks from the village level up the line. Only by taking out the local terrorist leaders would the US be able to destroy the ability of the likes of al-Qaida, the Iranian-controlled Shi’ite militias and the Taliban to quickly mobilize new forces and reignite fighting shortly after every successful US operation.

Flynn’s book contributes three essential insights to the discussion of the global jihad. First, he explains that the Bush and Obama administrations were both unable to translate military victories on the ground into strategic victories because they both refused to join their military war with a war of ideas.

The purpose of a war of ideas is to discredit the cause for which the enemy fights. Without such a war, on the one hand the American people sour on the war because they don’t understand why it is important to win. On the other hand, without a war of ideas directed specifically at the Islamic world, Muslims worldwide have continued to be susceptible to recruitment by the likes of ISIS and al-Qaida.

As Flynn notes, the popularity of radical Islam has skyrocketed during the Obama years. Whereas in 2011 there were 20,000 foreign recruits fighting for ISIS in Iraq and Syria, by 2015, the number had risen to 35,000.

Flynn’s second contribution is his forthright discussion of the central role the Iranian regime plays in the global jihad. Flynn chronicles not only Iran’s leadership of the war against the US in Iraq and Afghanistan. He shows that their cooperation is global and predates 9/11 by several years.

Flynn recalls for instance that in 1996 British troops confiscated an al-Qaida training manual written by Iranian intelligence in a terrorist training facility in Bosnia. Six Iranian “diplomats” were arrested at the scene.

Flynn is unflinching in his criticism of the Obama administration’s moves to develop an alliance with Iran. And he is almost equally critical of George W. Bush’s war against terror.

For instance, Flynn argues, “It was a huge strategic mistake for the United States to invade Iraq militarily.”

Iran, he said was the main culprit in 2001 and remains the main enemy today.

“If, as we claimed, our basic mission after 9/11 was the defeat of the terrorists and their state sponsors then our primary target should have been Tehran, not Baghdad, and that method should have been political – support of the internal Iranian opposition.”

Flynn’s final major contribution to the intellectual discourse regarding the war is his blunt identification of the members of the enemy axis. Flynn states that the radical Islamic terrorist armies operate in cooperation with and at the pleasure of a state alliance dominated by Russia and Iran and joined by North Korea, Venezuela and other rogue regimes. Flynn’s frank discussion of Russia’s pivotal role in the alliance exposes the widely touted claims that he is somehow pro-Russian as utter nonsense.

In Flynn’s view, while Russia is Iran’s primary partner in its war for global domination, it should not be the primary focus of US efforts. Iran should be the focus.

In his words, the best place to unravel the enemy alliance is at its “weakest point,” which, he argues, is Iran.

Flynn is both an experienced commander and an innovative, critical, strategic thinker. As his book makes clear, while flamboyant and blunt he is not at all erratic. He is far-sighted and determined, and locked on his target: Iran.

Whoever Trump selects as secretary of state, his appointment of Mattis on the one hand and Flynn on the other exposes his hand. Trump is interested in ending the war that the forces of radical Islam started with the US not on September 11, 2001, but on November 4, 1979, with the seizure of the US embassy in Tehran.

With Mattis and Flynn at his side, Trump intends to bring down the Iranian regime as a first step toward securing an unconditional victory in the war against radical Islam.
http://www.jpost.com/Opinion/Our-World-Michael-Flynn-and-what-he-means-for-Trumps-foreign-policy-474524