Only an upgraded democracy can save the Turkish economy 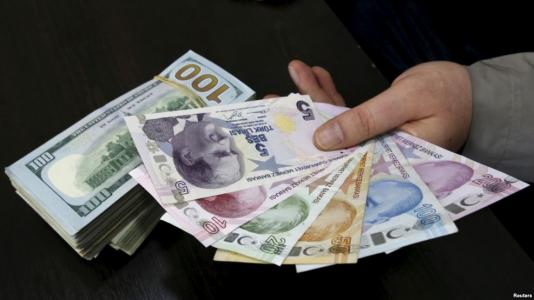 Serkan Dermitas
Even his foes admit the talent of President Recep Tayyip Erdoğan as a politician in reaching out to the people and molding public opinion on even controversial issues, an ability that secured him an indisputable leadership since late 2002.

This success of Erdoğan in navigating his consecutive governments and his own Justice and Development Party (AKP) even in uncharted waters in the last 14 years resulted in his election as the head of the nation in 2014.

However, in the last days of 2016, the whole nation is now discussing a change in the governance system that would introduce some sort of a “presidential system,” which will grant more powers to the president.

Simultaneously, however, Turkey has also been engaged in a major debate on the reasons for the sharp devaluation of the Turkish Lira and on measures on how to stop this worrying trend in the Turkish economy.
Apart from some populist moves, like calling the people to convert their foreign exchanges into liras or gold, the government is working on a package that includes financial and economic measures. It is our hope that they will include some structural reforms that would bolster the economy and prevent the Turkish Lira from devaluing. It is expected to be announced on Dec. 8 by Prime Minister Binali Yıldırım after he returns from Russia.

Still, there are other things needed to be done by the government to stop the erosion of the lira to avert a major economic crisis. It is of course important to recall that the result of the presidential elections in the United States had an impact on the currencies of many emerging economies, but it hurt the lira harder than others because of additional factors.

To cite a few of these factors; the prolongation of the state of emergency with expectations that it will be extended for another term in January, the continuation of the crackdown on dissident politicians, journalists, academics and businessmen, under the disguise of fighting against the Gülenists who are blamed for the July 15 coup attempt, the increased security problems stemming from the Middle East, particularly Syria, and last but not least, the advisory decision of the European Parliament to freeze Turkey’s accession talks due to serious and persistent violations of EU criteria.

As the root causes of the worsening economy are obvious, so are the means to reverse it. First, the Turkish government should make sure the state of emergency will not last indefinitely. In accordance with that, the crackdown on dissidents should be ended, and journalists, authors, academics and others in jail, who have not taken in part in the coup attempt should be released. Turkey should also revise its political and military objectives in the Euphrates Shield operation in Syria, in order to avoid an unwanted clash with the Syrian regime.

One other important measure Turkey could take is to bring an end to its harsh Europe-bashing language, which did not bring any meaningful result to Ankara’s advantage. On the contrary, it caused further concerns among foreign investors and big corporations about the future of the direction Turkey is taking, as well as provided an upper hand to Turkey-skeptic European politicians.

As a matter of fact, the tone used by Turkish leaders against the EU has been softened in the last weeks with more efforts to conclude the deal on visa liberalization in return for implementing the Readmission Agreement.

It would be rational and a positive step taken in the right direction for Turkey to undergo a change in its too broad anti-terror laws, deemed to be a move that would seriously alter the climate in ties between Ankara and Brussels at this very crucial crossroad.

As proven in the period between 2002 and 2009, where the Turkish economy enjoyed its golden years with constant growth and the Turkish democracy enjoyed its most promising years, the only remedy for developing countries is a sustainable democratic maturation.

The absence of it will not only tarnish the image of the country as a whole but will also deal a huge blow on its economy, as Turkey is witnessing nowadays.