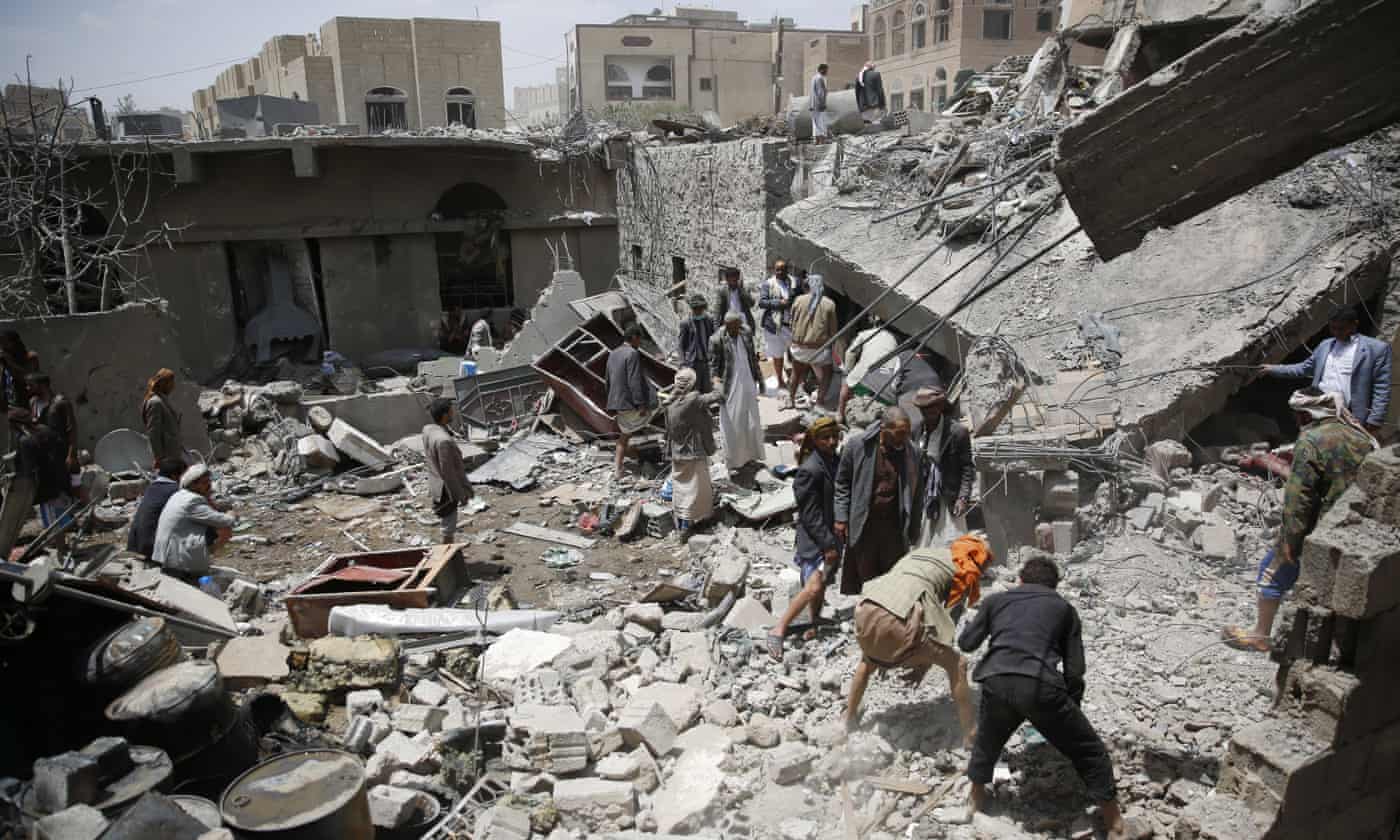 Richard Norton-Taylor, theguardian
More than 33,000 civilians were killed or injured by explosive weapons in 2015, an increase of more than 50% in five years, according to a wide-ranging survey passed to the Guardian. 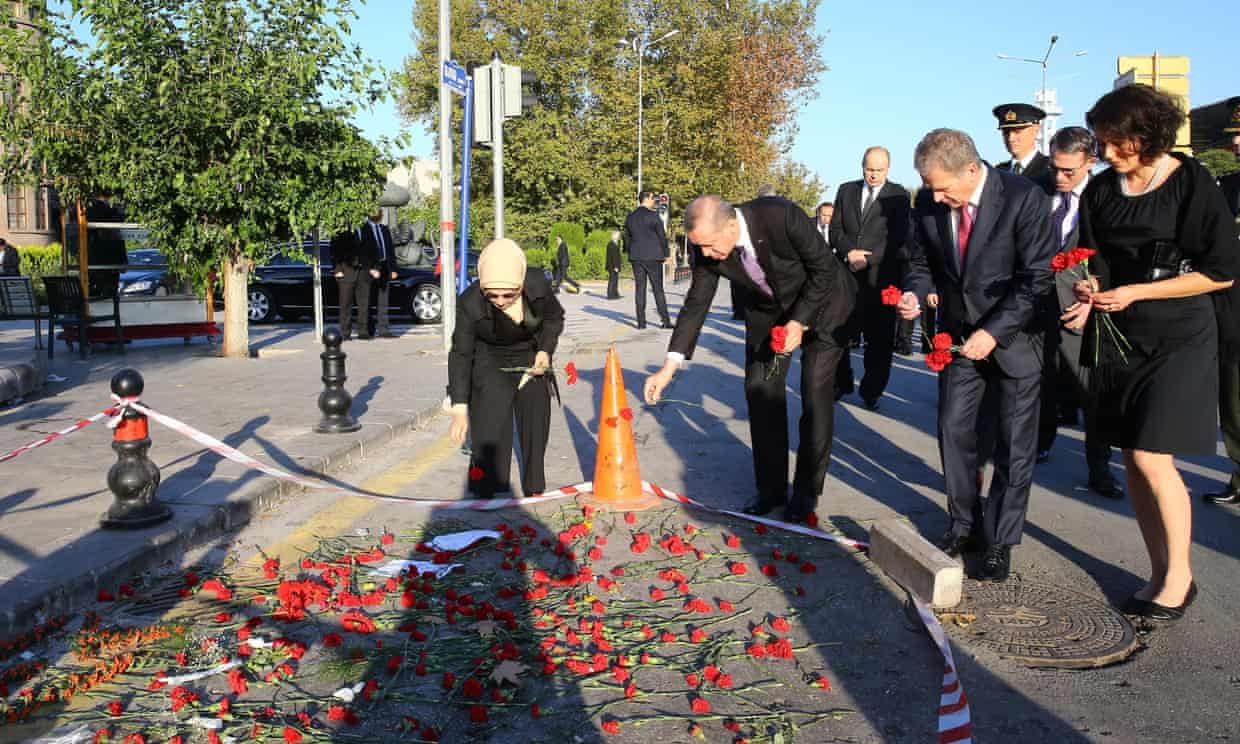 The number of civilians killed or injured by suicide attacks also rose sharply, reaching 9,205 last year, an increase of 68% on 2014, even though the number of individual attacks – 253 – was about the same. More than half of the 16,180 civilians killed or injured by all improvised explosive devices (IEDs), including car bombs, were victims of suicide attacks.

The number of civilians injured or killed by suicide attackers in 2015 was 78% higher than in 2011, when monitoring started.

Responding to the report, Roger Mullin, a Scottish National party MP and chair of an all-party parliamentary group on explosive weapons, said: “Be it air-dropped bombs in Yemen, ground-launched rockets in Ukraine, barrel bombs in Syria or suicide attacks in Iraq, it is clear that 2015 was a terrible year for the harm brought on civilians the world over from explosive violence.

“Year in and year out we see the same truth – that when explosive weapons are used in populated areas, civilians will make up over 90% of those killed or injured. Collectively, we need to come together to work out how to stop this harm and a first step would be the UK government – and others – coming out and explicitly condemning the use of explosive weapons in towns and cities.”
Thangam Debbonaire, MP and chair of the all-party parliamentary group on refugees, said: “These figures underpin a deeper and terrible reality – that explosive violence in places like Syria, Iraq and Yemen is fuelling a worldwide crisis in refugees. Tens of thousands of homes and lives have been destroyed by these weapons and their impact is all too evident in the flow of desperate people into Europe and beyond.”

The findings appear in Unacceptable Harm, a report by the charity Action on Armed Violence (AOAV), which recorded an average of 30 civilian deaths a day from explosive weapons last year. More than 90% of those reported to have been harmed by explosive weapons in populated areas were civilians, it says.

The report defines explosive weapons as weapons that share common characteristics causing deaths, injuries and damage by projecting explosive blast, heat, or fragmentation around a point of detonation.

They include air-dropped bombs, mortars, IEDs and artillery shells. IEDs accounted for 16,199 civilian deaths or injuries, suicide bombers for 9,205, airstrikes for 9,200 and ground-launched weapons for 7,095.

The Saudi-led coalition that has in part used British weaponry to attack targets in Yemen was the biggest state user of explosive weapons in 2015, followed by Syria. Islamic State was by far the biggest non-state actor using such weapons.

Attacks on markets were among the most lethal, according to the report, followed by attacks on places of worship, public gatherings and commercial premises.

The report says the available figures record a fall of more than 50% in Iraq but that it is probably the result of a decline in English-language casualty reporting from inside active conflict zones in the country.

AOAV said its figures can only show part of the picture of harm to civilians from explosive weapons. It said its report tries to capture some of the immediate effects – the deaths and the physical injuries. “It cannot touch upon the destruction of homes or a lifetime of possessions. It cannot truly impart the psychological suffering inflicted, or the life-changing economic deprivation that can follow an explosive,” the charity said.
“Many more people are affected by explosive weapons than can possibly be hinted at by our casualty figures. AOAV’s data is not an attempt to capture every casualty of every incident around the world. No claims are made that this sample of data, taken from English-language media reporting, can represent the total impact of explosive weapons on civilians in 2015.”
Iain Overton, who oversees the AOAV project, said: “Since we started our explosive violence monitor in 2011, each year there has been a steady and terrible increase in harm to civilians around the world – caused by weapons ranging from car bombs to suicide vests, laser-guided missiles to Grad rockets.”

The report comes before a World Humanitarian Summit in Istanbul next month, which will confront violations and abuses of international human rights law, including attacks directed against civilians and the wounded and sick, indiscriminate attacks, starvation of civilians as a method of warfare, rape, torture and unlawful or arbitrary detention. Such violations continue to be committed “on an alarming scale”, according to a report for the summit published on Tuesday.