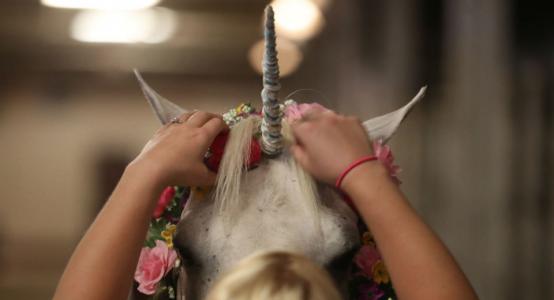 On magical creatures and the promises of politicians.
Have you ever seen a unicorn? Me neither. Unicorns are mythical beasts, supposedly imbued with many attractive, even magical, qualities — but, alas, they are not actually real. Nor have I seen any orcs, basilisks, balrogs, or any of the other evil creatures dreamt up by fiction writers: Here, the good news is these don’t exist and never did. Apart from CGI-enhanced movies, anyone who claimed they could find or create one of them would be regarded as something of a crackpot.

But in politics, we are often asked to believe in unicorns, mermaids, or goblins and to vote for politicians who say they are either going to produce one (if it’s something we want) or eradicate them (if we think they’re dangerous). In other words, we’re being asked to believe in things that don’t exist and then being promised that our future leaders will make policy as if they were real. Politicians asking us to believe in one of their pet unicorns are either deluding themselves or insulting our intelligence. Worse, spending a lot of time and effort looking for unicorns or goblins distracts us from real opportunities and genuine dangers, including domestic issues like our crumbling infrastructure and underperforming schools.

In that spirit, therefore, I’m presenting a list of my top five foreign-policy “unicorns” — those mythical beasts we keep pretending are real — in the hope that by naming them, we can finally make them go away.

1. Total and complete (nuclear) disarmament. Utopians have dreamt of a world without weapons, without war, and without serious political conflict for centuries, and, Steven Pinker notwithstanding, we’re nowhere near that goal. Ever since the invention of nuclear technology, politicians from a variety of countries have called for and, in some cases, pledged to eliminate all nuclear weapons from the world. Indeed, Barack Obama declared this to be a long-term U.S. goal in his first year in office, and he’s reiterated that position several times since.

He might as well have promised us a unicorn instead. It might be nice if the world got rid of all nuclear weapons — though there are some important reasons why this might not actually be a good idea — but it’s not going to happen in my lifetime or in my children’s lifetimes either. Why? Because nation-states aren’t disappearing, and at least a few of them understand that a nuclear deterrent is a very good way to keep others from attacking. Nuclear weapons have not spread as rapidly as people feared they would back in the 1960s, but the number of nuclear-armed states is still growing, and several countries (e.g., Pakistan and North Korea) are expanding their arsenals while the United States is beginning a major modernization of its own nuclear weapons capabilities.

To say that general disarmament ain’t gonna happen is not to say that the broader arms control agenda is irrelevant or misguided. Far from it, in fact: There is much that could and should be done to improve the security of existing nuclear arsenals, enhance crisis stability, discourage additional proliferation, and make sure that these fearsome weapons never get used. And maybe in the distant future, humankind will collectively decide to dismantle them once and for all. Right around the time we figure out how to combine zebra and rhinoceros DNA…

2. Nuclear rogues. While we’re on the subject of nuclear weapons, let’s also dispense with a dangerous mythical beast: the “nuclear rogue.” Since the dawn of the nuclear age, threatmongers have repeatedly argued that various new nuclear-armed states would be eager to use their weapons for blackmail or worse — that they’d be impossible to deter, prepared to essentially commit suicide in a radioactive holocaust. Potential nuclear rogues have included just about every aspiring nuclear leader we didn’t like: Joseph Stalin, Nikita Khrushchev, Mao Zedong, North Korea’s Kim family, along with assorted Pakistanis, Iraqis, Libyans, and Iranians.

Yet in every one of the cases where a state actually got across the nuclear threshold, its leaders have proceeded to behave responsibly, at least in this arena. Why? Because it doesn’t take a genius to figure out that even a small nuclear exchange would ruin your whole day. The people who have run some nuclear-armed states are sometimes heartless or cruel, and they can miscalculate as much as the next world leader, but they also appear to have very well-developed instincts for self-preservation.

Pretending that nuclear rogues are a real phenomenon distorts the entire discussion on how to deal with proliferation — among other things, it makes preventive war sound more attractive — and diverts attention and effort from more promising steps to manage nuclear security. It would be better to treat them like the figments of our imagination that they really are.

3. The terrorist mastermind. A close cousin to the nuclear rogue is the terrorist mastermind, busily concocting elaborate and highly destructive plots to bring the world to its knees. People like Osama bin Laden and Islamic State leader Abu Bakr al-Baghdadi have made extravagant and dire threats, but the good news is that they’ve never come close to toppling a foreign government, winning millions of followers, or threatening our way of life. I don’t deny that some terrorist groups have devised and executed successful assaults — of which the 9/11 attacks were by far the most damaging — but a word like “mastermind” conjures up images of Dr. Evil-style villains who will inevitably outwit our feeble efforts to stop them and unleash fearsome destruction on an innocent world.

In fact, as John Mueller and others keep reminding us, the vast majority of contemporary terrorists are incompetent misfits, and even the very best of them fall well short of evil genius. They can and do stage small-scale attacks that cause modest amounts of harm, but they have repeatedly shown themselves to be incapable of orchestrating complicated operations that could actually bring a stable country to its knees. There have been serious terrorist attacks in Boston; London; Paris; Brussels; Orlando, Florida; and several other places in recent years, for example — yet in each case, these societies proved resilient, and they are thriving again today. Or just look at New York City, which suffered the worst single attack ever and has since fully recovered.

Terrorism is a problem, the lives lost to it are an unfortunate tragedy, and those who employ it are dangerous criminals. A few terrorists are moderately clever; most are not. None rises to the level of a “mastermind,” and none poses an existential threat. Reporters, pundits, and speechwriters should drop this term from their lexicon, because this particular animal doesn’t exist. Fortunately.

4. The two-state solution. Here’s another animal that people treat as if it were real but that nobody has actually ever seen. One could argue that the idea of “two states for two peoples” is not a mythical beast, but rather an animal that once existed but was eventually killed off by its opponents (with an able assist from some of its avowed supporters, too). Yet people keep saying they are still committed to this objective — which is a bit like saying you’re still committed to the passenger pigeon, the dodo, and the woolly mammoth.

Don’t get me wrong: I take no pleasure in pointing this out. I favored a two-state solution myself and argued for it openly not so many years ago. But I have concluded that it is simply not going to happen and that anyone — especially a U.S. president — who devotes time or political capital to it is wasting their time. Indeed, they are helping make a bad situation worse, because endless weeks and months of “peace processing” just allow the occupation to continue and deepen, move us no closer to a fair or durable solution, and make the United States look weak, hypocritical, and ineffective.

If the United States were acting in accordance with its own professed values, it would be pushing hard for Palestinian and Israeli security and for both peoples to have full political and legal rights. That is what a two-state solution would have provided (although all extant proposals would have constrained Palestinian sovereignty quite significantly), but trends in Israel and throughout the region are all running against it now. I don’t know what the future will hold, but I do know that politicians who tell you that their policy will be to promote the two-state solution are either clueless, deluding themselves, or trying to fool us.

5. Allies that don’t free-ride. I’ll concede that we might have seen a few of these beasts back in the Cold War days, but they are mostly imaginary now. Ever since the 1950s, U.S. policymakers have complained that America’s allies in Europe and Asia are not bearing their fair share of collective defense efforts. NATO has repeatedly issued pious declarations calling for its members to meet minimum levels of defense spending, and these targets are rarely met or sustained. And the problem is actually worse than that, because many of these states seem to get remarkably little capability from the money they do spend.

I mean, seriously: How can NATO’s European partners have more than four times as many people as Russia and spend four times more than Russia does on defense each year and yet not be able to reliably defend their territory without lots of help from Uncle Sucker? Answer: They’re not spending the money wisely or well. To be honest, a good part of this problem is America’s fault, as we like running the alliance and we get the vapors whenever the Europeans try to get even a little bit serious about developing a common foreign and security policy of their own.

So let’s stop pretending that the next administration is going to magically convince our allies around the world to dig deep and start making the same sort of defense efforts we do. China’s rise is provoking more vigorous responses in Asia, for example, but countries such as Japan, Australia, Vietnam, and South Korea are still doing less than Beijing is, while imploring Washington to do more on their behalf. News flash: As long as the United States is willing to subsidize its wealthy allies’ defense, expecting them to do much more is like expecting Mexico to pay for a wall on the southern U.S. border. I mean, you’d have to be daft to think that was going to happen.

These aren’t the only mythical animals in the foreign-policy bestiary; other favorites include the “rules-based” world order, the “responsibility to protect” doctrine, and the once thriving, but now extinct, idea of global, multilateral trade rounds. One can admire the motivation that leads some people to search far and wide for these fabled animals, but there is a downside to these efforts. There are plenty of real problems and examples of genuine progress that we can focus our attention on, and the more time we spend either pursuing or worrying about things that don’t really exist, the less likely we are to deal with the problems and prospects that are with us every day.