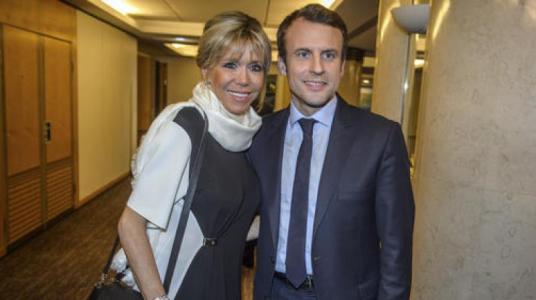 Large portions of the French public deeply distrust the political establishment, the EU, and globalization. The result was less an expression of support for Macron’s platform and more a rejection of Marine Le Pen. However, the threat to French democracy emanating from the far right as well as the far left is not yet over. Macron will have to overcome huge challenges – and quickly – if he is to deliver on his promises of economic reform and his pledges to bridge the deep gaps in French society and politics.

Emmanuel Macron’s election as France’s president by an impressive 66.10% majority was met by widespread relief in most EU countries and elsewhere in the western world. Many had feared yet another radical change after the surprise election of US president Donald Trump and the British referendum win for Brexit.

Macron, who at the age of 39 is the youngest president in the history of France, has achieved what was once considered impossible in French politics. Unknown to the public only three years ago, he has had a meteoric rise since joining Hollande’s government in 2014 as Minister of Economy and Industry. By an amazing combination of audacity and luck, his decision to quit the government and create his own movement (En Marche) as a progressive and central alternative to the traditional right-left divide in French politics has paid off.

For the first time in the history of the fifth republic, the candidates of both of the traditional parties who ruled France for decades (Socialist and Republican) failed to reach the second round. French citizens, faced with a choice between the social-democratic line proposed by Macron and the radical alternative proposed by Marine Le Pen, “the black sheep” of French politics, voted massively for the more reassuring and optimistic vision presented by Macron.

It would be a mistake, however, to ignore the deep divisions and tensions in French society revealed by the two rounds of the presidential election. The fact that Le Pen’s tally was met with relief by those who oppose her shows how far the National Front has come since it was founded in the early 1970s. About 10.6 million French voted for her, while 20.7 million voted for Macron. In most of rural France and the areas outside the big cities, Le Pen received unprecedented support, mainly as a result of anger over the economic and security situation in France.

Furthermore, the elections exposed deep distrust among large portions of the French public toward the political establishment, the EU, and globalization. This was evident in the lowest voter turnout since 1969 (25.4%) and the high percentage of voters who cast a blank or invalid ballot (11.5%). This was also visible in the first round, when over 43% of voters gave their support to either far-right or far-left parties.

The results of the presidential election reflect support for Macron’s platform, which views France’s membership in the EU as an essential factor in guaranteeing France’s economic prosperity and security. At the same time, Macron’s election should be regarded less as clear support for his presidential project and more as a rejection of Le Pen’s worldview, which most French voters consider xenophobic and undemocratic.

Le Pen’s strategy consisted of trying to reestablish the majority that voted “No” in the 2005 referendum on the European constitution. However, the majority of French voters rejected Le Pen’s plan to withdraw from the EU, cancel the Schengen agreements, close France’s borders to free movement of people and goods, and reintroduce the franc as French currency.

The results gave Macron a mandate to pursue France’s alignment with the West by rejecting Le Pen’s pro-Russian orientation. They also imply support for maintaining France’s significant role as a member of NATO, as well as its military involvement in the fight against Islamist terrorism overseas. Moreover, the results may be a sign of the French voters’ rejection of Russian attempts to influence the French elections by providing financial support to Le Pen’s campaign, as well as by conducting suspected cyberattacks and spreading fake news about Macron.

Macron will nonetheless have to overcome huge challenges if he is to deliver on his promises of economic reform and on his pledges to bridge the deep gaps in French society and politics.

Macron’s first and most pressing challenge will be for his newly created party to win a parliamentary majority in the upcoming legislative elections in June. Doing so would guarantee parliamentary support for his reforms.

In light of the vagueness of Macron’s project, voters might be tempted to vote for the traditional parties in the hope of influencing the direction of his presidency. The Republican party hopes to gain a parliamentary majority and thus force Macron into a “cohabitation”, but it remains to be seen if it can recover fast enough from the shock of its defeat. Much will depend on how well Macron does in his first steps as president in the few weeks leading up to the parliamentary elections.

Macron’s victory does not guarantee that he will be able to carry out economic reforms, overcome the economic crisis, or reduce record unemployment. The far left, fueled by Melenchon’s success in the first round (19.6% of the vote), will organize demonstrations and strikes to fight Macron’s attempts to reform the labor market and pensions system.

The French have historically shown tremendous resistance to change, which makes it difficult for governments to implement reforms. The same fear of change that led the majority of French voters to reject Le Pen’s radical agenda will produce resistance to any government attempts to initiate reforms. This leads to a vicious cycle: the government’s inability to effect reforms paralyzes France’s ability to cope with its economic problems, which in turn strengthens the extreme right and extreme left at the expense of the moderate parties.

Experience shows that French presidents have a short window of opportunity in which to conduct reforms following their election. A great deal will depend on Macron’s ability to act rapidly and efficiently to achieve both a solid majority and public support for his projects.

Apart from the need to carry out extensive economic reforms and deal with the EU crisis, Macron will have to respond urgently to the deteriorating security situation in France and the unprecedented terrorist threat. He will have to address the immense issue of Islamic radicalization within France and tackle France’s failure to integrate many first- and second-generation immigrants into the French society and economy.

The threat to French democracy has not passed. Macron will have to act quickly, efficiently, and attentively to address France’s urgent economic, political, social, and security challenges.

BESA Center Perspectives Papers are published through the generosity of the Greg Rosshandler Family
https://besacenter.org/perspectives-papers/macron-election-challenges/