Israel's next steps in the West Bank 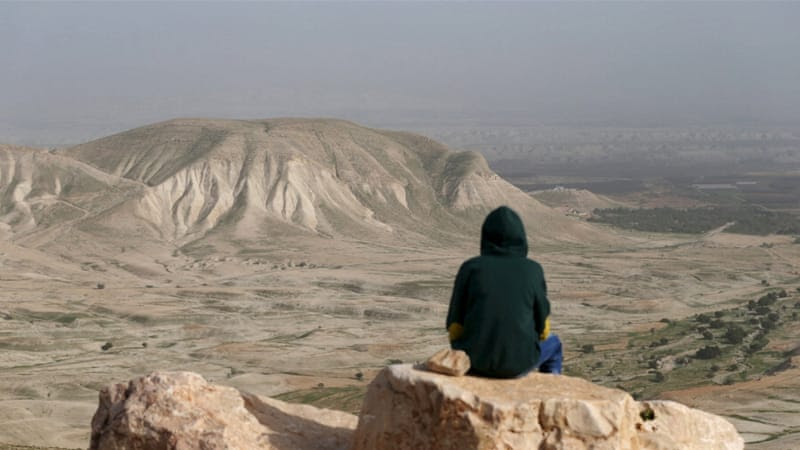 Geoffrey Aronson
US Vice-President Joe Biden was not revealing a secret when, during a recent speech to the pro-Israeli lobby AIPAC, he observed that there is "no political will at this moment among Israelis or Palestinians to move forward with serious negotiations".

Washington has no expectations. It sees no opportunities, and it has exhausted its energy or interest to create them. The Obama White House simply hopes that it can put the conflict on autopilot, and pray that nothing happens to force it to pay Palestine serious attention.

Palestinian institutions too are immobilised. The Palestinian Authority has been debilitated by endemic conflict between Fatah and Hamas; the PA's president has remained in office well past his "sell-by" date and the institutions he leads have been enervated by the endless and losing battle with Israel's military occupation.

Then too, Israel's voracious settlement enterprise in the past half century has transferred more than one half million Israelis to the West Bank and East Jerusalem, while the random attacks of recent months attest to the absence of direction and leadership that is the disheartening legacy of the PLO's tottering experiment in limited self-rule.

Israel in the driver's seat

This sorry state of affairs leaves Israel in the driver's seat - a role it has held with only brief and fleeting challenge since June of 1967.

As he looks to the future of Israeli rule in the West Bank, Prime Minister Benjamin Netanyahu prides himself on his ability to engineer the almost complete absence of diplomatic engagement with PLO chairman Mahmoud Abbas, and the associated despair dominating Arab and international assessments of the prospects of diplomatic progress.

As he sees it, the challenge facing Israel today is how best to secure and preserve this "achievement".

It is no mean feat that Israel has for decades confounded an international consensus in favour of withdrawal and the establishment of a Palestinian state.

In order to defeat its enemies and survive the benighted intentions of its earnest friends, it has stayed more powerful and creative in its ongoing campaign to defy demands for an end to occupation.

Yet, as it looks to the future, Israel, alone among the antagonists, understands that it cannot afford to simply sit and wait.

While Washington, the PA and others look forward by looking backward to the Oslo understandings reached more than 20 years ago, Israel charts a future in which the tattered deal with the PLO is viewed as no more than temporary and long-outdated.

The destruction of a political horizon for ending occupation has raised questions about the viability of the Palestinian Authority itself that Israel, in order to maintain its own prerogatives, cannot afford to ignore.

Israeli officials are on both sides of the argument about the value of maintaining the PA, but they are united in the view that the preservation of Israel's security and settlement interests must define all scenarios.

Recent discussions between Israeli and Palestinian security officials offer a revealing window into Israel's effort to establish "rules of the game" at the outset of the occupation's second half century.

There are three essential elements of the Israeli position: First, there is a need for new post-Oslo understandings with Palestinians on security issues in the West Bank that reflect the Israeli army's operational hegemony and offer Palestinians more breathing space; second, there is no room for political or diplomatic discussions; and third, Israel's settlement agenda is not subject to negotiation.

While both sides had a green light from Netanyahu and Abbas respectively, it is important to note that the security issue was the only issue discussed. As Netanyahu looks to the future, a political/diplomatic dialogue with Abu Mazen is simply not on the agenda.

As it plans for the future, Israel's security and political establishment is committed to establishing a foundation for continuing rule that preserves its key security achievements while improving upon what Israelis see as its shortcomings.

Thus, the key demand on Israel's current agenda is Palestinian acknowledgement of Israel's unchallenged right to deploy its forces anywhere in the West Bank at any time in accordance with its own security assessments.

This untrammelled freedom of action, once moderated by the Oslo accords in 1995, was the principal feature of Israel's reoccupation of the entire West Bank in April 2002 - the operation known as Defensive Shield. Since then it has become enshrined as a basic security principle guiding Israel's security policy in the West Bank, and a policy Israelis are loathe to surrender.

Israeli forces are a constant presence in West Bank towns and cities formerly known as Areas A and B - patrolling, arresting, and conducting intelligence operations at will.

The security agreement recently proposed by Israel would, for the first time, award a Palestinian stamp of approval to this practice. In return, Israel offers to rein in its operations in Ramallah and Jericho before restricting Israeli army operations elsewhere.

"The latest proposal was DOA [dead on arrival] once Bibi publicly announced a 'rider' - that the Palestinians had to publicly agree to Israel having the 'right' to go in [to Areas A] in cases of ticking time bomb, etc," explained a former US adviser to the PA security services.

Ironically Israeli security officials, who fret about the implosion of the PA and its security forces, argue that this formula will benefit the PA and help to restore waning popular support for its security institutions.

This latest initiative is by no means the last word on Israel's ongoing effort to assure its security and settlement agenda for the future.

The failure of these most recent discussions will, however, amplify the voices of Israelis on the right and left who argue that Abbas and his cohort are incapable of any agreement with Israel, and that just as Ariel Sharon concluded on Gaza, engaging the PLO is a recipe for failure. Therefore, the only option for the future are unilateral moves by Israel.