Is Turkey turning into a party state? 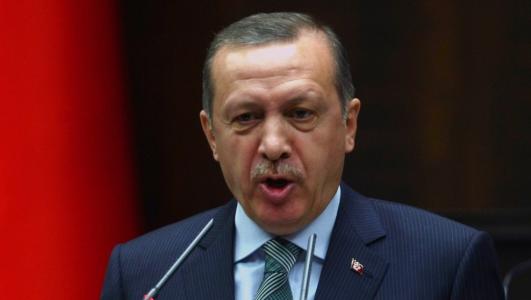 Serkan Dermitas
Although the text has not been publicized yet, the Justice and Development Party (AKP) has already begun collecting the required signatures from its lawmakers for a constitutional amendment package in a bid to accelerate the process to introduce a presidential system.

The move came right after AKP Chairman Binali Yıldırım and Nationalist Movement Party (MHP) leader Devlet Bahçeli agreed on Dec. 1 over the general terms of constitutional changes that will introduce an executive-presidential system.

The second important issue regards articles that regulate under which conditions the elected president can be prosecuted. The AKP’s proposal suggested at least 367 out of 550 lawmakers would need to vote to take the president to the Supreme Council, while 413 votes would be required to dismiss him or her if found guilty.
The MHP, however, was insistent on reducing the required majority for impeachment. There is still no clarity on how the two parties agreed on this matter.

The third point was on which issues the president could use his authority to issue decrees in order not to overshadow the legislative role of parliament. There seems to be an understanding that the presidential decrees will not be related to issues on fundamental freedoms and rights.

It’s doubtless that the whole article is very important but as we have not seen the text yet, it would be rather premature to make a comprehensive interpretation on it. The new system will begin to be implemented by 2019, and the AKP has already started to plan this two-year transitional period. Current President Recep Tayyip Erdoğan will be able to use some authorities to be granted through the provisional articles of the constitutional amendments while parliament will revise existing laws on elections and political parties.

As many AKP officials put it, the proposed system can be called the Turkish model as it seems to differ from almost all presidential models. Because in many presidential systems, there are two main political parties which are institutionally weak while the leaders are very strong, but the Turkish system has seemingly been designed to keep the political parties as strong as possible.

The motive behind this is the fact that the AKP is the main and solid foundation of the ruling party’s strength in making politics and winning the elections, and it wouldn’t be a smart move to weaken it. That’s why the AKP’s draft suggests holding parliamentary and presidential elections at the same time to let the elected president enjoy a strong parliamentary majority and therefore be strong.

A model that stipulates the president continue his role as the head of the ruling party could best be described as the introduction of a “party state.”