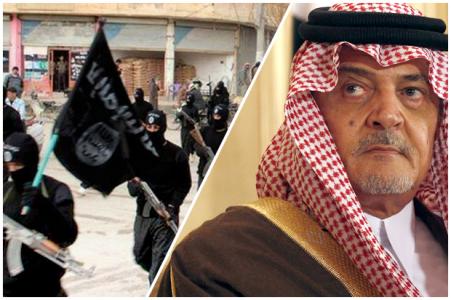 The report, compiled by German domestic intelligence agency Bft and Federal Intelligence Agency (BND) allegedly accuses Saudi Arabia and the two Gulf nations of funding various Islamic institutions including mosques and religious schools, as well as individual strict preachers and conversion, or “dawah” groups.
The three countries supported missionary groups as a “long-running strategy to exert influence,” according to the report. More specifically, the report called out the Saudi Muslim World League, Sheikh Eid Bin Mohammad al-Thani Charitable Association and the Kuwaiti Revival of Islamic Heritage Society (which is banned in both the U.S. and Russia for allegedly supporting al-Qaeda).
The report found that these organizations have strong ties to the governments of their home countries.
Neither of the German intelligence agencies have confirmed the accuracy of the leaked report. There are some who say that say the leak was made intentionally so that Germany would cease controversial arm sales to Saudi Arabia.
While Germans await official word from the intelligence agencies, Saudi Arabia’s German ambassador, Awwas Alawwad, completely rejected the report, stating that his country has “no connection with German Salafism.”
Weeks before the leak, German authorities banned the Islamic missionary group Germany Die Wahre Religion (DWR), or “The True Religion,” after officials found was “bringing jihadi Islamists together across the country under the pretext of preaching Islam.”
Germany, of course, is not new to the threat of Islamic terrorism. An attack Monday on a Christmas market in Berlin left 12 dead and close to 50 injured. Two two attacks carried out by Islamic State supporters this past July.
Also, suspicion that Saudi Arabia is funding terrorist organizations is not new. Especially since the recent disclosures by the Saudis that they had, in fact, funded extremism in the past.
If it is discovered that the Saudis are still funding extremist Islamic groups, it could prove devastating for the West, as Saudi Arabia has been considered one of the few Middle Eastern countries that the West can call an ally.