Iranian expansion in Middle East is coming to an end 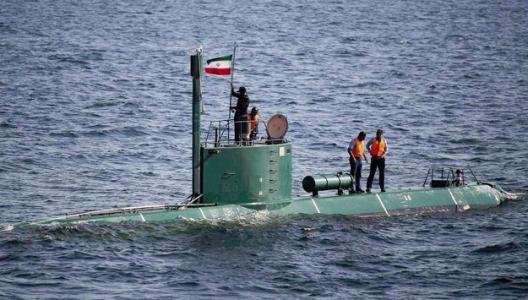 Analysis: Tehran’s hopes of becoming a regional power has raised a lot of concern in Israel in recent years. But despite its huge investment and alleged achievements in the region, the Islamic Republic has failed in creating a new Middle Eastern order which would serve its interests and has been losing fighters and influence.

Prof. Nimrod Hurvitz, Prof. Dror Ze’evi
In recent years, we have heard a lot of Iranian arrogance and Israeli concern in light of Iran’s ambition to become a regional power. Up until a while ago, the Islamic Republic seemed to be heading in the right direction. In the past two years, however, despite Iran’s huge investment and the achievements it boasted about, it has been losing fighters and influence. As much as one can talk about the future, Iran’s political horizon appears gloomy.

The Iranians’ hopes were driven by the power void created in the Middle East. After the Soviet state disintegrated, Russia began keeping a low profile in the Middle East and there were no signs indicating that it planned to return. The United States, under the leadership of Barack Obama, turned its back on its Arab allies and signed a nuclear agreement with Iran, which eased the economic pressure that has been increasingly suffocating the country in recent years. And while world powers minded their own business, the “Islamic State” (ISIS) monster appeared, causing old enemies to team up against it. As a result, Iran and its allies turned into legitimate partners in the battle against a group of murderers exporting terrorism across the world.

The world powers’ disappearance coincided with the growing chaos in two key countries of the Fertile Crescent—Iraq and Syria. After the Americans destroyed the old Saddam Hussein regime and left Iraq alone, the government gates were opened to the Iraqi Shiites and the Iranians trying to pull their strings. At the same time, the Arab unrest undermined Syrian President Bashar Assad’s regime, and the Iranians, which have traditionally helped the Alawite regime, entered that arena as well.

The chaos in Iraq and Syria, and the world powers’ absence, created a challenge for Iran: Would it be able to establish a new Middle Eastern order, which would serve its interests and reflect its ambitions and the evaluation of its power and its networks of influence?

The answer, in short, is no. Iran failed, and now its situation is deteriorating.

The first point of failure was apparent in Iraq. About two years ago, after Haider al-Abadi rose to power, he began working to restrain Iran’s influence and reinforce the presence of its enemy—the US. One of the opposition leaders, Muqtada al-Sadr, who had used to do whatever Iran said, began speaking ill of Tehran too. These two Shiite politicians are refusing to serve Iran’s interests, and as a result of their growing power, the Iranian influence system seems to have suffered a serious blow.

In Syria, the situation is even worse. About a year and a half ago, the Russians returned to the Middle East at Syria's invitation. Over time, it became clear to experts on Middle Eastern politics that the Russians were here to stay. Entering Syria was a critical step in Russian President Vladimir Putin’s broad plan to restore his country’s status as a world power. In order to establish its power in the Middle East, however, Russia must maintain good diplomatic relations with a variety of forces: Turkey, Egypt, Saudi Arabia, Israel and others. Furthermore, it must maintain channels of dialogue and decide on areas of influence with the US. In other words, it must a compromise in Syria which will reduce Assad’s power or destroy him, along with the power of his Iranian patrons. The importance of creating the new order in Syria will likely become clear soon, once ISI is destroyed and we will be able to talk about the new political order in the Middle East.

Another complication in the Iranian expansion plan is America’s possible return to its old role—the Arabs’ ally and a determined enemy of Iran. US President Donald Trump’s political U-turn will narrow the Iranians’ leeway even more.

ISIS, which imposed chaos on the region in the past, is expected to grow weaker. Along with the world powers’ return to the Middle East’s power struggles, this brings us pretty close to the “old politics” of the Middle East. In this balance of powers, Iran has many enemies—including Shiites—and few partners. Moreover, the world powers will clip Iran’s wings without flinching. It seems, therefore, that if these trends continue, the years of expansion of Iranian influence in the Middle East are coming to an end.

Prof. Nimrod Hurvitz and Prof. Dror Ze’evi are members of the Forum for Regional Thinking and lecturers at Ben-Gurion University.
http://www.ynetnews.com/articles/0,7340,L-4957363,00.html