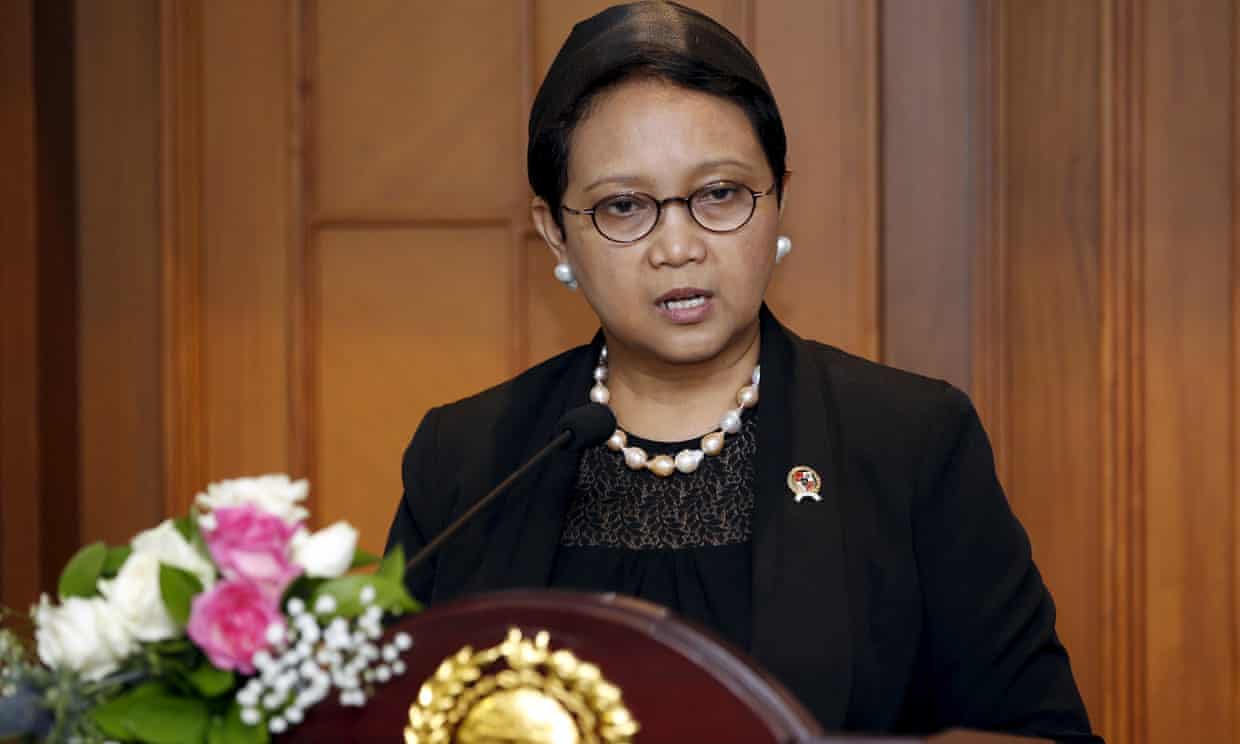 the guardian
Indonesia has refused Chinese demands that it release eight fishermen arrested for illegal fishing, and accused China on Wednesday of sharply raising tensions in the region by helping take back the crew’s seized boat.

Tensions flared after an Indonesian Fisheries Ministry patrol ship intercepted the Chinese fishing vessel on Saturday off the Natuna islands, which overlap the southernmost reaches of the South China Sea, according to Indonesian officials.

A Chinese coast guard vessel collided with the fishing boat, the Kway Fey, as it was being towed, allowing it to escape.

Oegroseno said China’s claim that it was in traditional fishing grounds was not recognised under the 1982 United Nations Convention on the Law of the Sea. “It’s very fake, ambiguous, in terms of since when, since what year does it become historical, traditional?” Oegroseno told reporters on Wednesday.

Pandjaitan said Indonesia would beef up its presence in Natuna by deploying more troops and better-equipped patrol boats, and would strengthen the naval base there with a modern defence system.
The disputed South China Sea island of Taiping also came under the spotlight on Wednesday after Taiwan gave its first ever international media tour there, less than two months after a visit by its leader, president Ma Ying-jeou, sparked protests from rival claimants. 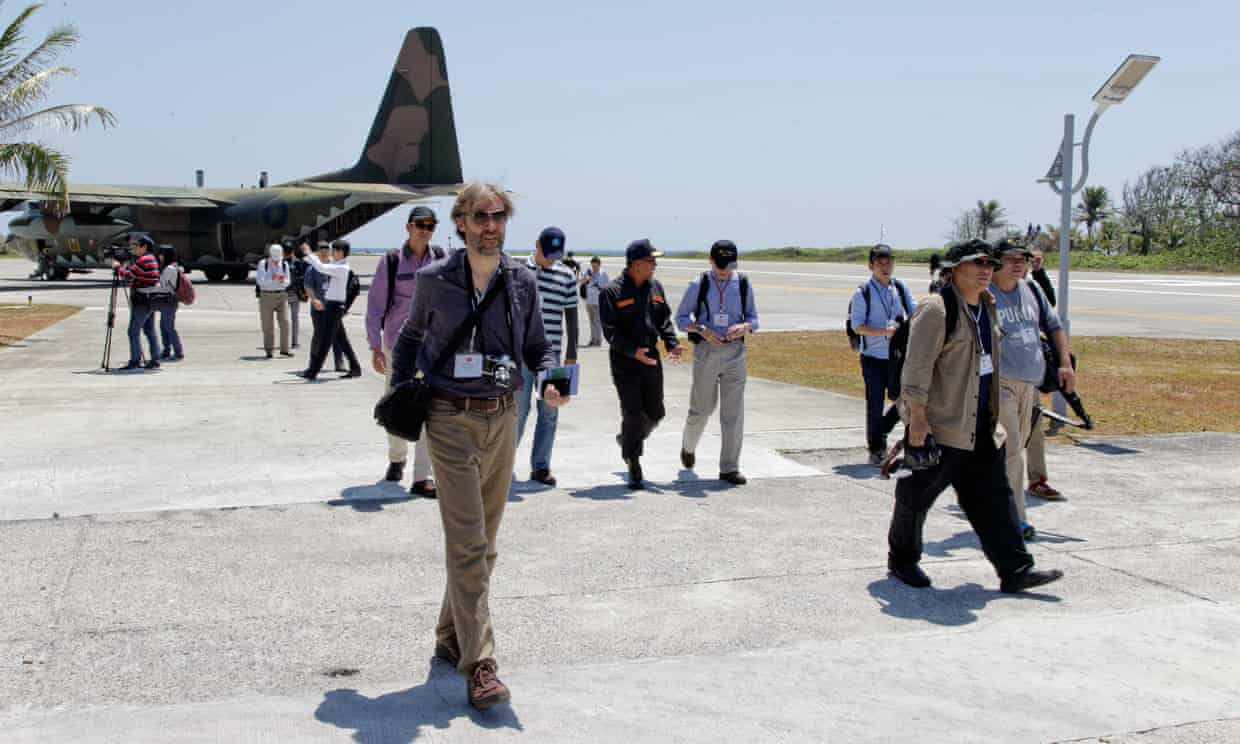 After the tour, Ma insisted on Wednesday it was not provocative. “Filipino lawyers have provided wrong information misleading the world, so we feel we have to come out to rebuff their claims,” he said.

“To see is to believe,” Ma added. “We hope journalists can see for themselves that Taiping is an island, not a rock.”

China said it too would invite foreign journalists to visit the Spratlys “when the time is ripe”, according to foreign ministry spokeswoman Hua Chunying.

“The Nansha islands [Spratlys] have always been China’s territory. Chinese people on both sides of the strait have the responsibility to safeguard our heritage,” she said.

Taiping is the largest island in the Spratlys chain and is administered by Taiwan, which sees it as part of its territory. But the Spratlys are also claimed in part or whole by China, Vietnam, the Philippines, Malaysia and Brunei.

Earlier in the week, the Indonesian foreign minister, Retno Marsudi, summoned a Chinese diplomat over the trawler dispute and protested that China’s coast guard had “violated our sovereignty” and called on China to respect international law.
China’s foreign ministry said the incident occurred within traditional Chinese fishing grounds and that the coast guard ship assisted the seized fishing trawler without entering Indonesian territorial waters. It urged Indonesia to immediately release the fishermen.

Oegroseno said the collision between the Chinese coast guard vessel and the Kway Fey was an indirect violation of the collision regulation convention published by the International Maritime Organization.

Indonesian authorities are concerned an increasingly assertive China might enlarge its territorial claims to include the Natuna islands, which sit between the north-western tip of Indonesia’s Borneo island and the southern tip of Vietnam and consist of about 270 islands that form part of Indonesia’s Riau Islands province, home to 70,000 people.

China’s expansive claims to most of the South China Sea have raised tensions with its south-east Asian neighbours, especially as China reclaims land on reefs and builds infrastructure in disputed areas. Indonesia is not involved in the territorial disputes, and Beijing has sought to discourage it from joining other nations in challenging China’s sea claims.

Associated Press and Agence France-Presse contributed to this report