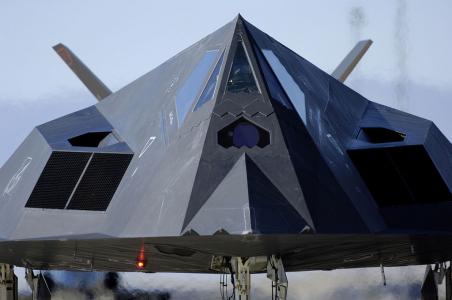 This time, Washington didn’t even make a gesture of deferring to the leading European states, but took the policy lead early on. Ultimately, the United States led a seventy-eight-day air war against Serbia, compelling Belgrade to relinquish control to a largely NATO occupation force operating under a fig-leaf resolution that the UN Security Council approved. Russia reluctantly acquiesced to that peacekeeping resolution, despite Moscow’s ties to Belgrade and Russian interests in the Balkans going back well into the nineteenth century.

That step reflected Russia’s military, economic and diplomatic weakness following the disintegration of the Soviet Union. Despite anger at NATO’s policy, there was little Russian leaders felt they could do in response to the West’s intrusion into a traditional Russian sphere of influence. Even with Moscow’s surprisingly passive response, though, Washington’s arrogance nearly produced a tragedy. In the closing days of the fighting, Moscow dispatched a token peacekeeping contingent to Kosovo, without prior authorization from the Western powers. NATO’s supreme commander, U.S. Army Gen. Wesley Clark, ordered the British commander on the scene, Gen. Mike Jackson, to seize the airport outside Kosovo’s capital, Pristina, and prevent the Russian troop planes from landing—by force, if necessary. Jackson flatly disobeyed Clark’s order, stating bluntly that he wasn’t going to start World War III for the American general.

The Kosovo intervention set some terrible precedents. A supposedly defensive U.S.-led alliance attacked a country that had not attacked any NATO member, disregarded Moscow’s angry protests, and forcibly detached the province of a sovereign country, placing it under international control. That set of worrisome precedents was compounded by the actions that the United States and its allies took in early 2008. Kosovo wanted to declare its formal independence from Serbia, but it was clear that such a move would face a certain Russian (and probable Chinese) veto in the UN Security Council. Washington and an ad hoc coalition of European Union countries brazenly bypassed the council and approved Pristina’s independence declaration.

It was an extremely controversial move. Not even all EU members were on board with the policy, since some of them worried about the wider ramifications. Spain fretted about the encouragement because such a decision might give to its own secessionist movements, especially the Basques and the Catalonians. Greece and Cyprus were deeply concerned that ratifying the forcible severing of Kosovo from Serbia could legitimize Turkey’s earlier military seizure of the northern portion of Cyprus and the subsequent establishment of the Turkish Republic of Northern Cyprus in that occupied territory.

Russia’s leaders protested vehemently and warned that the West’s unauthorized action established a dangerous, destabilizing precedent. Washington rebuffed such complaints, arguing that the Kosovo situation was unique. Under Secretary of State for Political Affairs R. Nicholas Burns made that point explicitly in a February 2008 State Department briefing. Because the situation was unique, he insisted, the West’s Kosovo policy set no precedent regarding other ethnic secessionist situations. Both the illogic and the hubris of that position were breathtaking.

The Western powers soon discovered that merely because they said their action in Kosovo established no precedent, that did not make it so. Russia demonstrated that point just a few months later. The Republic of Georgia had been dealing with secessionist efforts in two regions, South Ossetia and Abkhazia, ever since the Soviet Union dissolved at the end of 1991. President Mikheil Saakashvili’s national government in Tbilisi exercised little authority over either area, and Russian “peacekeeping” troops were on the ground in South Ossetia.

When Saakashvili’s forces launched an offensive to reassert control over South Ossetia in early August 2008 by conducting an artillery barrage against the self-proclaimed rebel capital, the Russians counterattacked and were soon advancing to the outskirts of Tbilisi. Predictably, the United States and its allies blamed Moscow for the conflict, although a subsequent European Union investigation placed most of the blame on Saakashvili. The war lasted only five days, and when it was over, the Kremlin made it clear that the bolstered Russian force would continue to protect the autonomy of both South Ossetia and Abkhazia. The parallels to NATO’s role preventing Serbia from regaining control over Kosovo were not particularly subtle.

George W. Bush’s administration condemned both Moscow’s initial invasion and the Kremlin’s subsequent actions, as did Washington’s NATO allies. But just as Russia was not in a position to do much about NATO’s conduct in Kosovo, the Western powers (short of initiating a war against Russia) could do little about Moscow’s meddling in Georgia. The episode marked another stage in the continuing deterioration of relations between the West and Russia.

The Kosovo precedent came back to haunt the United States again in 2014 when the Kremlin enhanced its military presence on the Crimea Peninsula and used it to “supervise” a referendum in which Crimea voted to secede from Ukraine. That step was a prelude to Russia’s annexation of the peninsula. Washington reacted with even greater anger than it had following Moscow’s invasion of Georgia, soon imposing an array of economic sanctions against Russia. At a press conference, President Obama fumed that Russia could not be allowed to redraw “the borders of Europe at the barrel of a gun.” None of the journalists in the room asked the president what he thought NATO had done in Kosovo.

The Kosovo intervention was an even worse U.S. foreign-policy blunder than the earlier intervention in Bosnia. It empowered an extremely unsavory political movement, the Kosovo Liberation Army, which proceeded to commit an array of human-rights abuses. The mission further transformed NATO from a defensive military alliance into a mechanism for aggressive nation-building crusades. Forcibly amputating the territory of a sovereign state created a worrisome template in the post–Cold War international system. Washington further undermined international law by bypassing the UN Security Council and using an ad hoc Western coalition to grant a secessionist entity independence. Those measures set extremely damaging precedents that have returned to plague the West. And last, but certainly not least, the actions of the United States and its NATO allies in Kosovo further poisoned relations with Russia. In every respect, the U.S.-led Kosovo mission was unwise and counterproductive.