Erdoğan is a problematic partner but EU needs Turkey's help 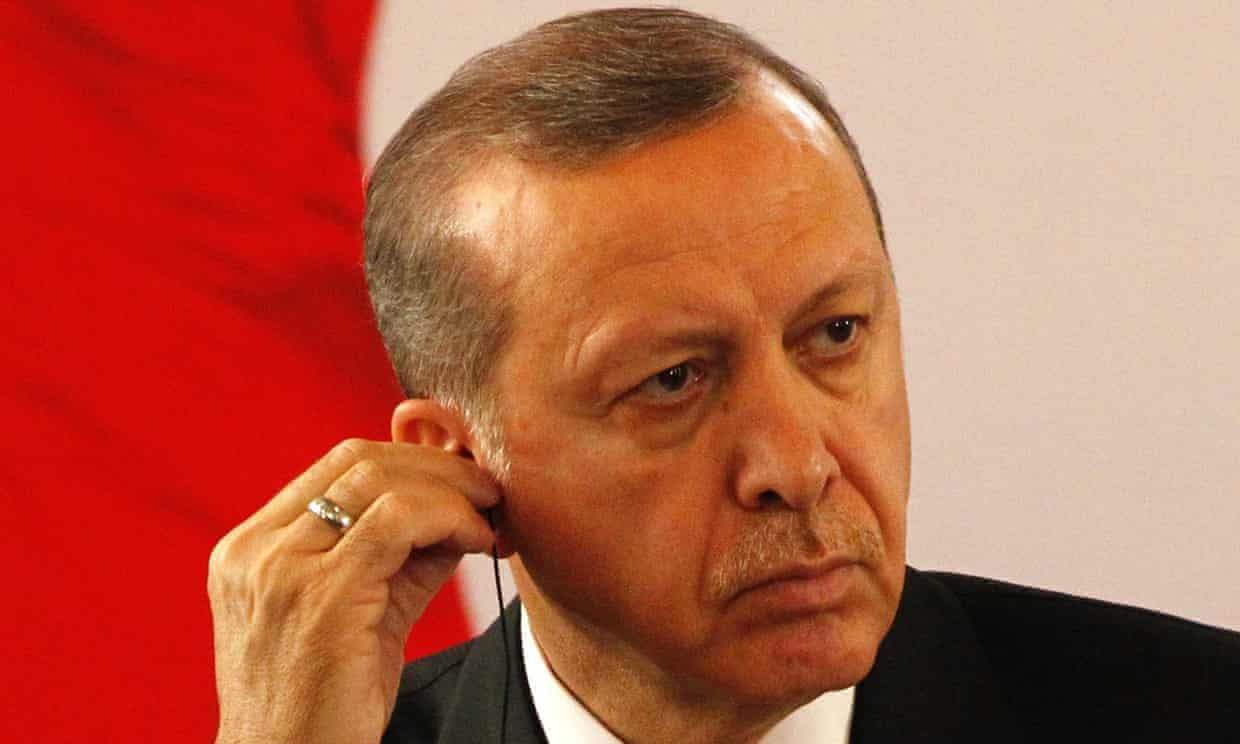 Simon Tisdall, theguardian
Europe’s Faustian pact with Recep Tayyip Erdoğan to curtail migration into the EU may carry a devilishly high price tag. Turkey’s authoritarian president has proved an unreliable and problematic partner since the Syrian crisis erupted five years ago. But the EU’s urgent need for his help currently outweighs its deep misgivings. As Faust discovered, the reckoning comes later.

The EU-Turkey migrant summit in Brussels on Monday closely followed a court-ordered police takeover of Turkey’s leading opposition newspaper, Zaman. This was the latest manifestation of Erdoğan’s ongoing campaign to silence opposition voices. But the timing was significant, given previous EU criticism of his media crackdowns. In effect, Erdoğan gave Brussels the finger on the summit’s eve.

Jean-Marc Ayrault, France’s foreign minister, hit back, saying Turkey was behaving unacceptably. But his was a token protest. Like other EU governments, France badly wants to show it is on top of the migrant crisis. Turkish cooperation in reducing refugee flows and taking back ineligible migrants is seen as essential to appease public opinion.

Angela Merkel, Europe’s most prominent leader, is also its most exposed. She has faced a political backlash over Germany’s open borders last year. On Sunday three German states will hold elections seen as the first public test of how her refugee policy is perceived. She badly needs results this week.

Turkey’s old enemy Greece, as well as Austria and other EU states straddling the Balkan migrant route, face similar pressures, as Erdoğan knows very well. And he knows pressure can work to his advantage. His demands include $3.3bn in EU cash, a rebooting of Turkey’s EU accession negotiations, and easier access to Europe for Turkish citizens.

Yet even as Brussels woos Ankara, Turkey’s record as a secure place for refugees is questioned. Amnesty International says many live in terrible conditions and some fleeing Syria have been shot at by police. For the EU to treat Turkey as a safe third country is “absurd”, Amnesty said this week.

Erdoğan’s assaults on press freedom reflect similar treatment meted out to the judiciary, civil society groups, the army and security services, which are widely seen as having lost independence from government diktat. Private sector businesses that incur Erdoğan’s displeasure, such as the Boydak industrial group, have also been bullied into line.

Erdoğan’s Putin-style attempt to revise Turkey’s constitution to create an all-powerful executive presidency is seen by many Turks as a blatant power grab. But on this and other issues, the European commission has rolled over.

Last autumn Brussels delayed publication of an annual progress report on Turkey’s EU application because, as is the case every year, it contained sharp criticism of Turkey’s human rights record and democratic deficit. The undeclared aim was to keep Erdoğan sweet as Merkel travelled to Ankara to cut a deal on migrants.

Erdoğan’s renewed war of attrition against the ethnic Kurdish population of south-east Turkey, in the name of fighting the autonomy-seeking militants of the Kurdistan Workers’ party (PKK), has also gone largely unchallenged.

Erdoğan blamed record gains by the pro-Kurdish People’s Democratic party (HDP) for his Justice and Development party’s (AKP) failure to win last year’s first general election outright. He has since campaigned to delegitimise the HDP and its leaders by linking them to terrorism. Meanwhile, 1,250 PKK alleged militants and numerous civilians have died since July.

Erdoğan’s unreliability extends to Syria itself, where his policies have arguably exacerbated matters. Although no indisputable evidence exists, elements of Turkey’s security forces have long been suspected, at the very least, of turning a blind eye to the activities of Islamic State jihadists who, like Turkey, oppose both Syria’s president, Bashar al-Assad, and Kurdish fighters in northern Iraq and Syria.

Turkey continues to launch airstrikes in northern Iraq and, until recently, was also attacking Syrian Kurdish forces across the southern border – in defiance of the US, which views Syrian Kurdish militia as allies against Isis. Turkey also stands accused of failing to halt the flow of foreign fighters to Syria – 35,000 are said to have gone there since 2011, most of them through Turkey. Under American pressure, Turkish cooperation in this area is reportedly improving.

Erdoğan’s aggressive behaviour came close to turning the Syrian war into a superpower confrontation last autumn when he ordered the shooting down of a Russian bomber. The resulting rumpus sucked in Nato after Turkey asked for support.

Typically, the Turkey-Russia rupture has not been repaired. Erdoğan, a master of the political and personal grievance, does not bury the hatchet easily, if at all. He rarely admits mistakes. And he can quickly fly off the handle. All of which makes him a highly unpredictable partner for a desperate EU.