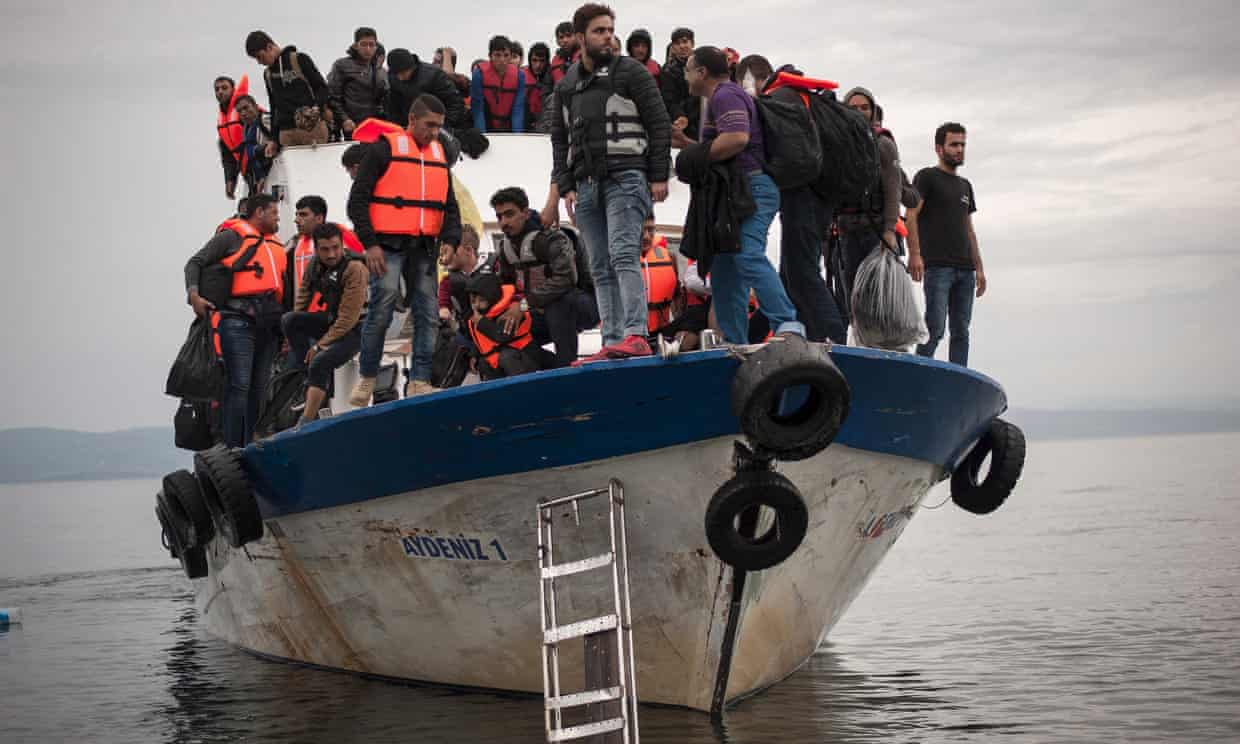 Patrick Kingsley and Jennifer Rankin, theguardian
What does the deal involve?
It sounds simple enough: one Syrian refugee on the Greek islands will be returned to Turkey and, in exchange, a Syrian asylum seeker in Turkey will be found a home in Europe.

The one in, one out scheme provisionally agreed by the EU and Turkey was hailed as a breakthrough by European leaders, but as well as the knotty legal and moral issues, a host of practical questions remain unresolved.

How many people would be exchanged? When would it start? These are just some of the questions EU officials hope to iron out ahead of an EU summit on 17-18 March.

The scheme would only apply to Syrians. Afghans, Pakistanis and other nationalities not deemed entitled to European protection could be sent back to Turkey under another aspect of the deal. But other groups, such as Iraqis, may have a better chance of being granted asylum in Europe.

How soon could it be implemented?
The deal has yet to be fleshed out, but full-scale implementation could take months – or may never happen.

An existing Greek-Turkish readmission scheme was agreed as long ago as 2002, but has yet to be fully enacted due to disagreements between the two countries. Legal challenges from individual refugees and international watchdogs will present similar obstacles to the deal with the EU.

Meanwhile Greece’s asylum institutions are only staffed at roughly a third of full capacity, according to local officials, which means the processing and return of such a large number of refugees would take time. EU states would need to help Greece – but so far their facilitation of existing schemes, such as the failed EU relocation scheme, has been minimal, which does not bode well for future collaboration.

What are the other legal and practical problems?
In legal terms, the UN refugee agency has already said the deal is likely to be unworkable because it contravenes basic aspects of the 1951 refugee convention.

Under the terms of the convention, refugee cases should be assessed on an individual basis, rather than being subject to a blanket policy. Refugees should also not be returned to countries that are unable to guarantee their rights – countries that, according to watchdogs, include Turkey. Rights groups have long accused Turkey of detaining refugees arbitrarily; sending refugees back to dangerous countries, including Syria; and obstructing their access to the job market.

In practical terms, the policy could end up encouraging refugees to make the crossing, and discouraging Turkey from blocking their path. If the EU will accept only as many refugees who reach Europe and are then readmitted to Turkey, then both the refugees and the Turks have even more incentive to make sure as many migrants reach Greece in the first place.

The EU now says that those who arrive in Greece by boat will be sent to the back of the queue for formal resettlement – so deterring people from making the journey in the first place. But it will be difficult to document refugees if they are returned straight to Turkey without being formally registered – as the current version of the plan suggests could happen in some cases.

Moreover, even if the deterrent works in an entirely efficient manner, it could simply encourage refugees to try different routes – via Bulgaria, the Black Sea, or across the Mediterranean to Italy. With Syrians even crossing the Arctic last winter to reach Norway, refugees have shown they are unlikely to be put off for long.

Which European countries will take in the refugees from Turkey?

One EU diplomat, citing past experience, suggested the scheme was likely to be voluntary, with a number of European governments refusing to take any refugees. Under an existing voluntary scheme to resettle 22,000 refugees in Europe over two years, around 3,400 people have been found homes in 10 European countries, including Austria, the UK and Switzerland. The UN refugee agency says the numbers are a tiny fraction of the million displaced people currently being sheltered in Lebanon. But the scheme is a minor improvement on a compulsory scheme, under which only 660 refugees have been settled.

What are the ethical problems?
The UN’s 1951 refugee convention is regarded as one of the seminal achievements of the post-second world war settlement – aimed at avoiding repeats of atrocities such as the Holocaust. Undermining the convention risks returning Europe to the nadir of the 1930s, when Jews were turned away from European borders without recourse to international protection.

“It’s a really grim day and it’s a really grim deal. It’s being celebrated by people who are dancing on the grave of refugee protection,” said John Dalhuisen, Europe director for Amnesty International. “If it applied in its absolute sense, then the number of refugees that Europe would take would depend on the number of refugees prepared to risk their lives through other means – and that is staring at a moral abyss.”

Also, by focusing only on Syrians, the deal implies they deserve better treatment than people fleeing other warzones and dictatorships – Afghans and Iraqis, for example – that have not received the same level of media attention as the Syrian crisis.

What happens in the interim, as still more people land in Greece?
While the deal is still being hammered out, more people are likely to continue to arrive in Greece – at the current rate 2,000-3,000 are arriving a day. Should the EU and Turkey fail to reach an agreement within even two months, another 200,000 people may have arrived in Greece, and be stuck there because of the recent closure of the Macedonian border. This may leave Greece – already crippled by its financial crisis – in a dystopic state, unable to care for its own citizens, let alone a huge influx of refugees.

But that’s only if the Balkans can be shut off from Greece. Macedonia is not the only route north. In the early 90s, after the Albanian government collapsed, more than a quarter of a million citizens made the crossing over the mountainous border to Greece. Aid workers say a few Syrians are beginning to try the same route. Some may also try the Albanian-Italian maritime smuggling route, which was a major thoroughfare for asylum seekers during the 90s.

Then there is Bulgaria, which at least 30,000 people tried to cross in 2015, despite the erection of a barrier along parts of its border.

What is Turkey demanding in return?
Turkey’s promise to take back refugees and economic migrants from Europe is not for nothing. The big prize is loosening visa restrictions for 75 million Turks within Europe’s 26-member border-free travel zone by the end of June, instead of October as originally promised. Turkey also wants to restart EU membership talks in five policy areas (chapters in EU jargon), not just the two already offered.

Neither visas nor rekindling Turkish accession will be easy. Cyprus blocked Turkey’s membership talks for years over the presence of Turkish troops in the northern part of the island. Getting the Mediterranean island to agree to open further talks will be an “uphill battle”, according to the German chancellor, Angela Merkel. The Cypriot veto also casts a shadow over visa liberalisation, where there are already a long list of bureaucratic hurdles to be cleared. In comparison getting EU agreement to double aid to refugees in Turkey to €6bn (£4.6bn) should be easier.