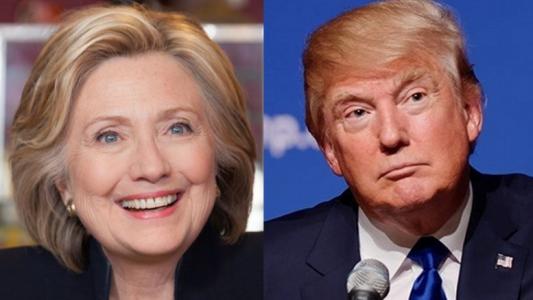 DEBKAfile’s military and intelligence experts postulate divergent developments in response to the alternative results of the Nov. 8 presidential election, depending on the winner.

If it is Hillary Clinton, then –
Russia will deepen its expansion in the region, including in Syria and Iraq. The Russian naval units speeding to the Mediterranean at this moment are part of Moscow’s ramped up deployment in readiness for Clinton’s entry to the White House.
Vladimir Putin will not forgive the Democratic candidate in a hurry for her anti-Russian campaign gimmicks of depicting Donald Trump as his friend and alleging that Russian intelligence hacked DNC emails to turn the race against her.
The Russian leader is not the forgiving sort when it comes to his reputation - and still less so when Russian intelligence, his alma mater, is impugned.
The high tensions expected to prevail between the Kremlin and the Clinton White House may well ignite a limited military conflagration between US and Russian forces in the Middle East.
Syrian rebels are counting on Clinton giving them arms and funds – in contrast to Barack Obama, and are therefore tenaciously holding out, despite their inferior resources against Russian-backed Syrian and pro-Iranian forces. They see her focusing on Bashar Assad’s ouster and, even more, on empowering the rebels to hamper Russia’s military designs in Syria. In this, she will find support from her friends in the Gulf emirates. The Syrian opposition believes that the sharper the tensions between Washington and Moscow, the better for their cause.
Clinton has a dilemma with regard to Iran. As co-author of the nuclear deal, she will also try to improve relations with Tehran. But by doing so, she risks alienating her friends, the Arab Gulf leaders.
She will soon discover that Iran’s rulers and military chiefs have no wish to cozy up to Washington, certainly not at the expense of their highly profitable ties with Moscow and Beijing.
Clinton will no doubt try to repair the damage to US relations with Israel that piled up during Obama’s term of office.

If it is Donald Trump, then –
He will go for a US-Russian summit with Vladimir Putin to lay out a new world power order for the distribution of spheres of influence in different world regions, including the Middle East. He may make the summit trilateral by inviting Xi Jinping of China.
This summit will also seek economic understandings, a prospect which is already unnerving international markets. Trump will ask the Russian and Chinese leaders to share wholly or partly in the plans he put before the voter for strengthening the American economy.
The Republican candidate has said repeatedly that he would be glad to leave the war on ISIS in the Middle East to Putin and Tehran. In any case, his military advisers, led by Ret. Army Gen. Mike Flynn, perceive Moscow as already in control of the current military situation in consequence of Obama’s policies.
This policy however will put the Trump administration at odds with the Arab world, the Gulf emirates and Israel, all of which fear Iran’s continued drive for expansion across the Middle East under a supportive Russian umbrella.
He may try to compensate for this lack of equilibrium by taking a strong line against Tehran – even revoking the nuclear deal, which the outgoing president saw as his crowning foreign policy achievement. This could spark a US-Iranian showdown in the Gulf region. On the other hand, Iran is perfectly capable of dumping the nuclear accord on its own initiative.
During Trump’s first year as president, the traditional US-Saudi partnership for political, military and economic policies may start crumbling – especial on oil pricing. This alliance between the royal house of Saud and the US dates from the first encounter between President Franklin Roosevelt and King Ibn Saud 71 years ago. DEBKAfile’s Saudi experts estimate that after some initial rough patches, Donald Trump and King Salman will be able to find common ground and so put relations on a firmer footing than before. This would repair the discord with Riyadh engendered by the Obama administration and during Clinton’s term as Secretary of State.
Trump will endeavor to improve ties with Israel. In so doing, he will try and contain Binyamin Netanyahu’s ongoing understandings with Putin on the Middle East.
http://debka.com/article/25751/Clinton-and-Trump-offer-diverse-ME-scenarios