Skip to main content Skip to search
Secondary menu
Home » Can We Prevent the Next ISIS?

Can We Prevent the Next ISIS? 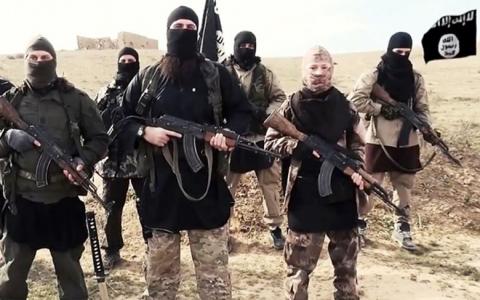 We learned with Al Qaeda and ISIS that localized jihadist movements are not local.
Seth J. Frantzman
When Islamic State overran Mosul more than two years ago media and observers mistook it for an “insurgent” force fighting the Iraqi army. Amnesty International, on June 11, 2014 described it as an “armed opposition group” and called on it to protect civilians.

Although its actions were “deeply concerning,” many commentators didn’t see it as particularly different than the abusive and problematic policies of Nouri Al-Maliki’s central government. It took more than two months for most of the world to finally understand that what was happening in northern Iraq and Syria at the hands of ISIS was much more than just some bearded insurgents. It sunk in that this is not a legitimate organization only after more than 1,500 mostly Shia cadets were executed at Camp Speicher, Yazidi men and elderly women were machine-gunned and thrown into mass graves and young Yazidi women were sold as slaves.
Why did it take so long to connect the dots between ISIS and all the jihadist groups that had come before in Iraq, such as Ansar al-Sunnah and Al-Qaida? ISIS built not only on existing extremist networks but its members had often served in other groups or been influenced by them and their waves of terror that swept Iraq in 2004 and again in 2007. It borrowed its Manichean vision from them as well. Major General Simon Mayall, who played a key role in the surge in Iraq, had noted at a speech in Edinburgh in 2008 that the Syrian-Iraq border was porous and jihadists were moving back and forth. Four years later it used that open border to create the Islamic State that is now being battled in Raqqa and Mosul. In November 2014, Erin Marie Saltman and Charlie Winter wrote in Islamic State: The Changing Face of Modern Jihadism, that “some people persist in claiming IS has a distinctly local focus. Whilst its rampages, thus far, have been localized, it has never shied away from declaring its globalist ambitions.” Those global ambitions became clear in a series of attacks in Europe in 2016 and the numerous groups and individuals throughout the world who swore allegiance to ISIS.

Warnings about the global ambitions of ISIS were similar to those heard before 9/11 in the United States. On August 6 of that year the Presidential Daily Brief included an item titled “Bin Laden determined to strike in the US.” According to the 9/11 Commission Report it was the thirty-sixth mention of Bin Laden in briefs that year to the president. By that time Al Qaeda had already been attacking Americans for years. In 1993 Bin Laden had encouraged his followers to strike at U.S. interests and the Commission concluded that his trainers played a role in the Black Hawk Down incident in October 1993 in Somalia.
Al Qaeda was built on the global attraction of volunteers and veterans from wars in Algeria, Bosnia, Chechnya and elsewhere. It attracted not only volunteers but allegiance from other groups that were fighting their own conflicts from the Philippines to North Africa. The Taliban’s Afghanistan provided the base it initially needed to nurture and grow. But after the Taliban were defeated its offshoots continued to expand in Africa, Yemen, Iraq and Syria. Often policymakers only understood their threat to regional stability, and even to whole states such as Yemen, when it was too late.
It’s relatively easy to map all these extremist Islamist movements. For instance Stanford University has a research project supported by the National Science Foundation and Department of Defense devoted to “mapping militant organizations.” A map shows the history and extent of these organizations, from Al Jama’a al-Islamiya (Egypt) to the Haqqani Network (Pakistan) to Al-Shabab. Seeing what is coming next is the real challenge.

What gave Al Qaeda and ISIS their global reach were several key factors. First they were able to set down roots in a host country. Islamist movements that are constantly on the run, by necessity small and on the move, cannot grow beyond their local environment. Both ISIS and Al Qaeda had global aspirations and welcomed foreign volunteers. More than twenty thousand foreign fighters trained in Bin-Laden supported camps, concluded Daniel Byman, author of Al-Qaeda, The Islamic State and the Global Jihadist Movement (2015). Add to that the numbers trained, many of them locals, in Yemen by AQAP, North Africa by AQIM, Syria by Nusra and Al Qaeda in Iraq through 2009 and the numbers reach up to forty thousand.
Since 2014, ISIS has been able to mobilize similar numbers, including an estimated five thousand foreign fighters from Europe. One of its top leaders was the Chechen Umar al-Shishani and Chechens made up a core of its best fighters in Kobani in Syria and operations around Makhmur in Iraq in 2014. The danger of the foreign volunteers is a key problem for western intelligence sources. In “When Jihadis Come Marching Home,” by Brian M. Jenkins at the Rand Corporation, he concluded that, “US intelligence sources indicate that 100 or more Americans have been identified,” as travelling to Syria to fight. The backbone of the terror operations in Europe were a combination of men who had been to Syria and Iraq and returned home, and local recruits, some of whom claimed allegiance to ISIS only when they began to carry out their lone-wolf attacks.

So what we see with Al Qaeda and ISIS is not only the ability to attract volunteers from throughout the world, but the ability to send them back home or abroad, and to inspire attacks by local cells owing allegiance to the global “base” or “caliphate.” The volunteers themselves have contradictory profiles for joining. They may be from Muslim majority countries, such as Chechnya or Bangladesh, or from an Islamic minority in a Western state. They may be rebelling against state secularism, or inspired by existing institutions of political Islam. Evidence is lacking that either scenario makes them more or less zealous; the French and Belgian ISIS volunteers were just as committed as the Saudis and Chechens, each with differing religious and cultural backgrounds. Global recruitment for ISIS, which thrived on Twitter and social media, brought more members to it faster than Al Qaeda’s system that had to rely on the technology of the 1990s. But they were equally effective at inspiring and penetrating communities straddling the globe from Mauritania to the living room of Adam Pearlman (Adam Yahiye Gadahn), who moved to Pakistan in 1998.

Countries that are fighting terrorism, which now include the 62 nations that have signed up for the Combined Joint Task Force fighting ISIS in Iraq, as well as almost every country in the world today, often are constrained by looking to the past for examples of how to confront the future’s threats. Marc Sageman, in testimony to the US Senate Foreign Relations Committee, concluded in 2009 that “the decrease of global neo-jihadi terrorism in the last five years is testimony to the effectiveness of international domestic intelligence as well as good police work.” His focus was on Al Qaeda. Few would have predicted that just as the U.S. surge in Iraq had destroyed the terror networks there and the Sunni “Awakening groups,” seemed to be doing well there, that a new wave of terror was about to begin. In 2012 Jean Herskovits, writing about Nigeria, claimed in a New York Times piece that “there is no proof that a well-organized, ideologically coherent terrorist group called Boko Haram even exists today.” Two years later, after killing thousands in attacks on numerous communities, including mosques, Boko Haram rolled into Chibok and kidnapped 276 women. Along with other groups, it has destabilized a swath of Africa bordering the Sahara. The same blinders led European governments to not prevent thousands of their citizens from joining ISIS in 2014. For instance, it was Turkey that had deported Adel Kermiche, the attacker who beheaded a French priest in July of this year. There are reports that dozens of foreign fighters and women who journeyed to ISIS in Syria are now trying to get home. They should never have been there in the first place. This is a lesson for the future.
In 2016 policymakers should be looking for the next ISIS as much as they focus on destroying the remnant of ISIS in Syria and Iraq. We know the conditions that led to Al Qaeda and ISIS. We also know that the number of jihadist groups has not decreased. The chaos that led to these groups putting down roots in places like Yemen or Mali still exist. In fact, the weakness of nation-states in Africa and Asia has increased since the 1990s, leaving more fertile ground. The Taliban and ISIS in Afghanistan are gaining in strength, as illustrated by recent attacks on Bagram airbase and a Shia mosque in Kabul. The ominous killing of three Americans in Jordan can only lead to suspicions that worse is to come.

We learned with Al Qaeda and ISIS that localized jihadist movements are not local. Boko Haram is not a “Nigerian problem” and a jihadist cell in Kosovo is not a Kosovar issue only. These networks are either connected with outsiders, or they have the potential to rapidly grow. They supply foreign volunteers to other organizations. They have the potential to give allegiance to whatever new “caliphate” comes along.
States should increase laws against citizens that seek to leave with the intention of joining foreign jihadist groups. This should target jihadism specifically, because broad laws against participating in foreign militaries trip up innocent people rather than targeting extremists. That around five thousand EU citizens joined ISIS almost without interdiction in 2014-2015, sometimes going back and forth numerous times, is testimony to a security system focus that needs updating.
Focus should be put on groups that appear to have cross-border, regional or global intentions in their language. In this sense, the decision of Jabhat al-Nusra, which was Al Qaeda in Syria, to change its name to Jabhat Fatah al-Sham, is interesting because it went from a global or regional focus to a local one. However the Syrian civil war and its multiplicity of groups, many of which increasingly lean on Islamist extremism as an ideology, will produce blowback. If Assad is successful at retaking Aleppo, refugees in camps in Jordan, Lebanon and Turkey may find themselves exposed to recruitment for extremist operations. Some have military training, which was a key component in ISIS and Al Qaeda success.
ISIS and Al Qaeda emerged quickly to be a global threat, even though both organizations had existed for years before their threat became clear. This is a lesson that what looks tranquil and quiet today, whether it is the Balkans or Southeast Asia, can become radicalized quickly into an insurgency with regional threats. Learning the lessons of the past, rather than assuming ISIS is defeated or pretending that various extremist groups are less genuine than they claim to be, will help combat the next ISIS before it sets down roots and threatens the world.
Seth J. Frantzman is a Jerusalem-based journalist who holds a PhD from The Hebrew University of Jerusalem.