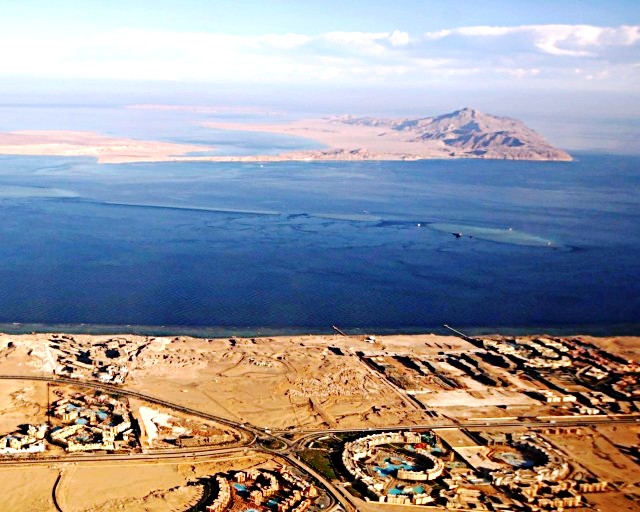 Stratfor (USA)
Summary
During Saudi King Salman's first official visit to Cairo recently, he and Egyptian President Abdel Fattah al-Sisi announced their intent to revive the often-discussed plans to build a bridge that would create a direct link between their countries. While the bridge plans are somewhat nebulous, the two leaders also signed off on a more concrete accord, an agreement that redraws the maritime boundary between the two nations to return control over two strategic islands situated at the entrance to the Gulf of Aqaba, Tiran and Sanafir, to Saudi Arabia. If the bridge is ever built, it could prove a mixed blessing for both states; the island transfer, on the other hand, has created political outrage in Egypt.

Analysis
The bridge proposal on April 8 garnered a lot of media attention, but this is not the first time a grand plan to connect Saudi Arabia and Egypt has been floated. During a 1988 summit, Saudi King Fahd and Egyptian President Hosni Mubarak announced plans to build such a span, and in 2012, Egyptian President Mohammed Morsi revived the idea, but neither proposal progressed to actual construction.
The past plans called variously for a bridge extending 25-50 kilometers (about 15-30 miles) in length and 100 meters (about 325 feet) high with an anchor point on Tiran Island, or promised a railway, or bypassed Tiran altogether. The new iterations are lacking a bridge design and timeline, but those plans for a jointly built span carried an estimated cost of $3 billion to $4 billion and a construction time of seven years.
Meanwhile, the transfer of Tiran and Sanafir islands, which straddle the strategic Straits of Tiran at the mouth of the Gulf of Aqaba, is the culmination of 11 diplomatic meetings spanning six years. The transfer was set in motion purportedly through a Saudi request for full control of the islands in 1988.
Before modern Saudi Arabia was established in 1932 and before Egypt was free from the Ottoman Empire in 1922, the islands and the waterways around them were subject to Ottoman control. Following Israel's founding in 1948, an agreement between Egypt and Saudi Arabia permitted Egypt to station a small contingent of troops on the islands to protect them from potential Israeli aggression. After the Six-Day War in 1967, Israel occupied Tiran Island and took control of the Straits of Tiran. This lasted until the signing of the Camp David Accords in 1978. A small multinational peacekeeping force, mostly U.S. troops with some Egyptian forces, has been stationed on the islands since 1982.

A Strategic Chokepoint
Despite the strategic significance of the islands, the building of a bridge would have little effect on the military balance of power among Egypt, Saudi Arabia, Jordan and Israel. Though Israeli media in past years had raised the concern that such a bridge could violate the Camp David Accords, Israeli officials have issued no objections to the recent bridge plan nor to the transfer of the islands. According to Egyptian newspaper Al Ahram, Saudi Deputy Crown Prince Mohammed bin Salman promised that his country would continue to respect the presence of the multinational force on the island and ensure the safe passage of ships from the Red Sea into the Gulf of Aqaba, on which Jordan's only port, Aqaba, and Israel's only port with direct Red Sea access, Eilat, are situated. Israel's government reportedly was warned of the transfer well before an agreement was struck.

If the current bridge were to follow previous plans, it would not violate provisions of the Camp David Accords guaranteeing the right of navigation of the straits. When Mubarak abandoned plans to build the bridge in 2005, citing the damage to coral reefs that its construction would cause, the bridge was set to be 100 meters high. That would leave ample room for military and cargo ships of all types to pass. (By comparison, San Francisco's Golden Gate Bridge has a clearance of 67 meters.)
Other strategic military concerns would arise only in the event of a conflict in either nation that required the deployment of the other's troops. A bridge between Egypt and Saudi Arabia could cut the transit time and cost to move personnel and materiel between the countries. Egypt has time and again sworn to protect Saudi Arabia in the event of a territorial breach, and though no such conflict is on the horizon, Saudi Arabia has been carefully marshaling as much support as it can to ensure it has friends near and far with military power to spare. As for any military utility of Tiran and Sanafir, Saudi Arabia already has artillery set up on its mainland that can cover the straits.

Economic Benefits of Bridge-Building
The ostensible purpose for building the bridge is economic, easing trade and fueling job growth. The head of the Saudi-Egyptian business council said April 12 in Cairo that Saudi Arabia wishes to create 320,000 jobs over the next five years, with a focus on the northern Sinai region, where instability and extremist activity fueled by poverty are of concern to both nations. In an address to Egypt's parliament touting the job-creation benefits of a bridge, King Salman called for the establishment of a free-trade zone in the region.
Facilitating the delivery of Egyptian goods to Saudi Arabia has always been part of the plan for the bridge, but it is unclear how much the project would help increase their flow. Just getting goods to the span would be a relatively long trip on bad roads through mountainous desert terrain. Sinai militants could also target some travelers for raids, diminishing the benefits of a trade route.
A potential boon, however, would be an increased number of hajj tourists traveling overland from Egypt to Saudi Arabia. Most hajj tourists from Egypt currently fly to Saudi Arabia, but some would opt for the overland route even though the savings for them might be minimal.

Al-Sisi Paying a Price
That Egypt's government was willing to incur the political cost of ceding control of the islands to its neighbor shows just how far Saudi Arabia has drawn Egypt into its bloc of Sunni nations. In Egypt, critics have seized upon what they see as al-Sisi's capitulation to Egypt's wealthier patron and his surrender of sovereign Egyptian territory. Some claim that giving up the islands is a breach of Egypt's Constitution, which prohibits the sale of public land, and a protest in Cairo over the agreement led to five arrests. A challenge to the accord will be heard May 17 in a Cairo administrative court. The protests, court case and media criticism are coming at a time when al-Sisi is facing a broad loss of popularity in Egypt. According to Stratfor sources, Egypt's Supreme Council of the Armed Forces advised al-Sisi to hold off on the transfer of the islands, which it said could harm national pride and upset the public. The timing of the agreement, in conjunction with the announcement of sizable Saudi investments in Egypt, has driven the perception of the transfer being more like a sale.
Defenders of the deal have pointed out that there was never a sale of the islands and that the islands had been considered Saudi territory before 1950. Egypt's current economic struggles make it dependent on the largesse of its patrons for survival and give it fewer options than it had when it was wealthier and more self-sufficient.
The current bridge plan could join the ranks of its predecessors - proposed with the best of intentions but remaining unbuilt. Saudi Arabia's finances, after all, are not what they used to be, and the economic benefits to be reaped from such a bridge seem far-fetched at best. But the political cost to the Egyptian government for its decision on the islands will continue to haunt it in the months to come, as Egyptians see their own government as having betrayed the country's sovereignty.