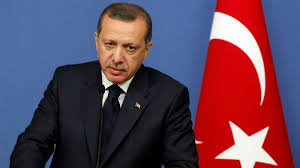 BURAK BEKDİL, hurriyetdailynews
Under the management of the ruling Justice and Development Party’s (AKP) foreign policy, it has been a real challenge to keep a count of the flight itineraries of Turkish ambassadors in foreign capitals. Those who are recalled, resent, then recalled again, then resent or not… But all such punishing diplomatic moves have one thing in common: The extra flight costs have not changed the course of events that Turkey has protested about in the countries where Turkish ambassadors have been on the move.

Most recently, the Turkish Foreign Ministry summoned its ambassador to Bangladesh in protest at the hanging of a senior Jamaat-e-Islami party leader, Motiur Rahman Nizami. The execution made Bangladesh the latest region in which the self-aggrandizing, arrogant Turkey has hit the walls of reality. It is a pity that not even our Muslim brothers in Bangladesh behaved like an obedient Turkish colony.

This columnist remains categorically against capital punishment, regardless of the crimes attributed to the victim. Mr. Nizami’s death sentence was no exception. Nor are any of the de jure executions in Iran, China or America. In contrast, I have known many people across the world, West or East, who defend capital punishment. Opinions are opinions and “for” or “against” in this debate is normal, like in any other debate.

But then there is a third category of people who are neither totally “for” or “against.” Their position would depend not on the type of the crime in question (serial child rapist, murderer, terrorist, etc.) but rather on the political/religious identity of the criminal and that of the executioner. President Recep Tayyip Erdoğan stands out as a powerful example of this “third way.”

For Mr. Erdoğan, the capital sentences landed on his Muslim Brother fellows in Egypt were an outrage, disgrace, crime against humanity and many other awfully tragic things. But, for the same Mr. Erdoğan, the capital sentences that were carried out in January in Saudi Arabia against over 30 people, including a prominent Shiite cleric, were, in the president’s own words, “merely an internal legal matter.”

But on the hanging in Bangladesh of Mr. Nizami, Mr. Erdoğan said: “I do not believe … Nizami committed a crime to deserve this sentence and execution … We have not heard a voice from the European Union that [always] says it is against capital punishment. Were you [the EU] not against executions? There has not been a [single] voice [against Mr. Nizami’s hanging] from those countries that claim to be democracies and against executions because the [man] who was hanged is a Muslim.”

Mr. Erdoğan owes everyone an explanation. What makes Saudi executions an “internal legal matter” that no other country, including the anti-capital punishment bloc that is the EU, could object to; and what makes Mr. Nizami’s execution “not an internal matte every country should object to?” When is an Iranian execution, which may come in the flavor of a stoning, an internal legal matter and when is it an international matter that should spark protests, including summoning an ambassador?

It is simply the “us-against-them” divisive mentality: our friends can stone or hang people, and that is fine; the others cannot stone or hang “our men.” And what makes “us and them” is very straightforward: our Islamist allies vs. the entire world.

Clearly, Mr. Erdoğan wants to be the chief global judge who has the sole authority to decide who is guilty and who is not – not just in Turkey but across the world.

And he is not alone. In Ankara, groups connected to several Turkish (Islamist) NGOs protested in front of the Bangladeshi embassy while members of the (Islamist) Anatolia Youth Association (AGD) gathered to voice their objections at a park in Istanbul.

Like President Erdoğan, Mr. Karaman has never been heard to protest any stoning in Iran or execution in Saudi Arabia. A prerequisite of the Islamic faith is to cherish human life? Well, sometimes.