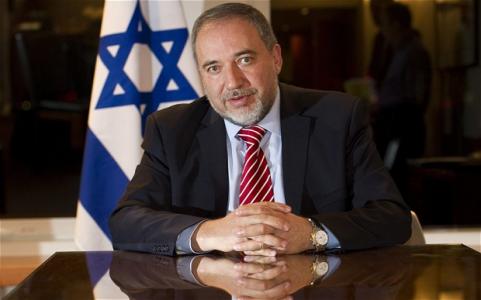 By: Avigdor Liberman
The dramatic turmoil that has seized the Middle East in recent years holds a number of important lessons for the international community, as policy options are considered regarding the ongoing regional crises. These lessons are particularly salient for Israel and for those concerned with ensuring its national security.

The massive convulsions that in recent years have swept through North Africa and erupted in Syria, Iraq and Yemen and elsewhere throughout the region, and which have seen the empowerment of semi-territorial terrorist organizations such as ISIS, Hamas and Hezbollah, represent an earthquake of historic proportions. Multi-ethnic states such as Libya, Syria and Iraq have descended into chaotic civil wars as many aspects of the region’s enduring political order, whose origins lie in the aftermath of World War One, disintegrate. This basic reality beckons three main conclusions.

The first conclusion concerns the underlying reason for the region’s instability: the almost complete absence of a middle class. Most of the Arab states suffer from institutionalized corruption, scarcity, extreme poverty, and populations that have lost hope, coupled with a thin stratum of extremely wealthy tycoons.

To maintain an enduring state, a strong middle class is crucial. The most stable and prosperous countries in the world have a broad, educated and empowered middle class, in some cases comprising up to 80% of the country’s populace. Religious fanaticism and ultra-nationalism are the result of economic failings. The key to curbing them isn’t found in bolstering security services. It lies in economic development and employment.

This is why Israel prioritizes the facilitation of economic development in Judea and Samaria and Gaza. In the long-term, a healthy Palestinian economy is as much a strategic Israeli interest as a Palestinian one.

The second conclusion pertains to the disparity between the existing borders of the states in the region and their resident populations. Many of the countries in the Middle East were established artificially, as a result of the Sykes-Picot Agreement and based on colonial considerations that did not take into account the pattern of inhabitance and the deep sectarian rifts within the respective societies.

Thus, to genuinely solve the region’s problems, borders will have to be altered, specifically in countries like Syria and Iraq. Boundaries need to be redrawn between Sunnis, Shia and other communities to diminish sectarian strife and to enable the emergence of states that will enjoy internal legitimacy. It is a mistake to think that these states can survive in their current borders.

A similar conclusion holds true for the Israeli-Palestinian arena and for the borders that will ultimately need to be drawn for the achievement of a stable two-state outcome. We need "out of the box" analysis to avoid being misled by habitual ways of thinking.

The third conclusion concerns the conditions for attaining victory in military campaigns against insurgent and paramilitary forces. Experience shows that winning decisively requires boots on the ground. Air support, bombings, and the supply of war materiel to affiliates are all part of the equation, but without a substantial ground force with the capability, will and mandate to directly engage with the enemy, campaigns cannot be decisively won.

This is a sobering, but unavoidable, conclusion for Western powers seeking to vanquish regional terrorist groups such as ISIS, but it is also especially salient in regard to Israel’s options vis à vis Judea and Samaria. The various formulae that have been proposed over the years as a substitute for Israeli control of strategically vital areas along its eastern flank – peacekeeping forces, early warning stations, satellite surveillance, international guarantees and others – cannot genuinely serve as an alternative to the presence of the IDF on the ground as the only dependable means of ensuring Israel’s national security.

Thus, a realistic appraisal of the socioeconomic, sectarian and geostrategic reality of the Middle East is needed in order to formulate sound international policy for the region, just as it is vital for Israel’s national security.

The region’s turbulence has underscored, for those not already convinced, the critical importance of tangible strategic factors – economic development, correspondence between political borders and populations and militarily defensible territory enabling the effective deployment of ground troops – as preconditions for stability and security.

It is these realistic principles, and not illusory moralism, which need to underpin the West’s approach to the Middle East in general and to the Israeli-Palestinian conflict in particular.