As ISIS Loses Land, It Gains Ground in Overseas Terror 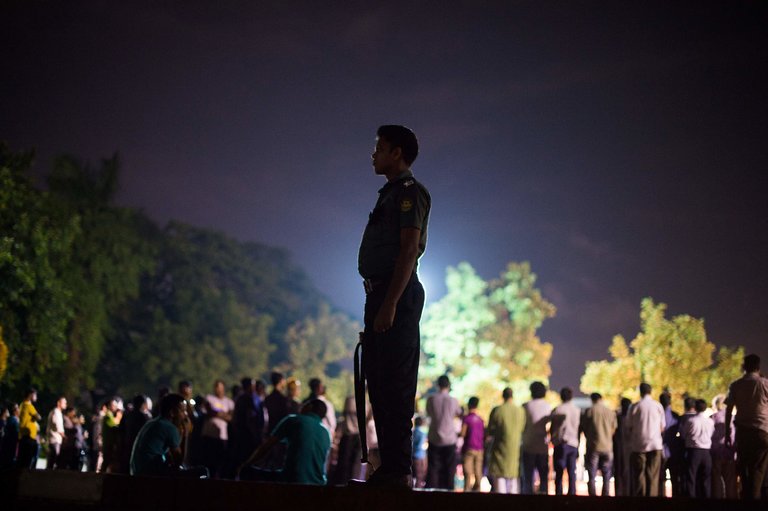 By ERIC SCHMITT
WASHINGTON — In just the past few days, the Islamic State’s evolving brand of terrorism has revealed its deadly, shifting faces. n Istanbul last week, Turkish officials say, militants guided by the Islamic State conducted a coordinated suicide attack on the city’s main airport. In Bangladesh on Friday, a local extremist group that has pledged loyalty to the Islamic State butchered diners in a restaurant. And in Baghdad on Sunday, the Islamic State claimed responsibility for a bombing that killed more than 140 people.

The three deadly attacks are already being viewed by intelligence and law enforcement officials as proof that the Islamic State, the only terrorist group to create a state with borders, is becoming a larger, more sophisticated version of its stateless chief rival, Al Qaeda, as it loses territory under traditional military attack in Iraq and Syria.

Militant volunteers that the Islamic State, also known as ISIS or ISIL, began recruiting, training and sending to the West more than two years ago are now part of mature, clandestine networks, counterterrorism official say. The networks are increasingly responding to calls to accelerate attacks globally as the group suffers setbacks at home, like retreating from Falluja last month after an offensive by Iraqi forces supported by United States airstrikes and advisers.

“Attacks won’t fill any particular mold — some will be centrally planned, some will have some connection to ISIS, and some will be local option entirely,” said Andrew M. Liepman, a former deputy director at the National Counterterrorism Center who is now a senior policy analyst at the RAND Corporation.

Combating this evolving, more complex array of threats — attacks loosely inspired by the Islamic State, attacks it directs from afar and those, as in Baghdad, that it carries out itself — demands more than just military strikes in Iraq and Syria, American officials acknowledge. Deterring, preventing and dealing with an expanding array of threats against far-flung and chiefly civilian targets is a growing priority for Western and other allied law enforcement and intelligence services.

“The emphasis is changing on this global terrorism campaign, and that introduces new vulnerabilities,” Representative Adam B. Schiff of California, the top Democrat on the House Intelligence Committee, said Sunday on CBS’s “Face the Nation.”

In recent interviews, John O. Brennan, the director of the Central Intelligence Agency, has been unusually blunt about the slow nature of progress in the fight against the Islamic State outside Syria and Iraq, voicing fears that allied policy is not keeping up with an adaptive enemy.

“We still have a ways to go before we’re able to say that we have made some significant progress against them,” Mr. Brennan told an audience at the Council on Foreign Relations here last week.

He warned that the trajectories for the ISIS religious state, or caliphate, and global violence point in opposite directions. “As the pressure mounts on ISIL,” he said, “we judge that it will intensify its global terror campaign to maintain its dominance of the global terrorism agenda.”

In an audio message released May 21, the Islamic State spokesman Abu Muhammed al-Adnani made clear that the organization would revert to its roots as a guerrilla insurgency, implicitly acknowledging that it would eventually lose its strongholds in Syria and Iraq and the very caliphate that has distinguished it from Al Qaeda and other terrorist groups. Mr. Adnani, who also oversees the Islamic State’s external operations, repeated his call for supporters to attack the group’s enemies wherever and however possible.

The Islamic State operates clandestine terrorist cells in Britain, Germany and Italy, similar to the groups that carried out the attacks in Paris and Brussels, James R. Clapper Jr., the director of national intelligence, said in April. Other intelligence officials said the Islamic State operated similar cells in Turkey, which were most likely involved in last week’s assault on the airport in Istanbul.

Some counterterrorism officials say the Islamic State’s lashing out may backfire. “ISIS wants to deter and divide its enemies with these attacks, but it usually ends up provoking them,” said Will McCants, a former State Department counterterrorism official now at the Brookings Institution. He said he anticipated that the attack in Istanbul would push Turkey to escalate its efforts against the Islamic State, just as the Paris attacks did for France.

Against this shifting adversary, President Obama has sought to strike an upbeat message. “We’ve seen that this continues to be a difficult fight, but we are making significant progress,” Mr. Obama said in a statement on June 14 after meeting with top national security advisers about combating the Islamic State. “This campaign at this stage is firing on all cylinders.”

Nearly two years into the American-led air war against the Islamic State, military officials say they have finally corrected the poor intelligence collection and clumsy process for identifying targets that initially plagued the campaign, and are now hitting targets like oil rigs and secret cash coffers that finance the terrorist group’s war machine.

The American-led military campaign has slashed the group’s oil revenue in half, but it still generates $150 million a year. “That’s a lot of money,” said Col. Christopher Garver, a United States military spokesman in Iraq. “You can fund a lot of things across the globe.”

In testimony before a Senate committee on Tuesday, Brett McGurk, Mr. Obama’s special envoy in the fight against the Islamic State, said the group had lost 47 percent of its territory in Iraq and 20 percent in Syria — territory used to extract oil from the ground and taxes from its residents, as well as to plot attacks against the West.

“The attraction of the Islamic State was the state,” Mr. Liepman of the RAND Corporation said. “The ideology lured people in, but the destination was more important: an idyllic Sunni land. When that goes away, I think much of the attraction of I.S. will go with it.”

Mr. Liepman warned, however, that even if the caliphate failed, hundreds if not thousands of battle-hardened soldiers would return home to continue the fight. “This will be the challenge for a generation, in Jordan and Tunisia, in France and the U.S.: how to deal with the combination of a back flow of fighters and radicalized citizens as well,” he said.

Tighter border controls have curbed the flow of foreign fighters into Syria and Iraq, but the Islamic State has diverted hundreds of others to its foreign enclaves, like Libya.

The Islamic State’s ranks in Iraq and Syria have fallen to between 18,000 and 22,000, from a peak of about 33,000 combatants last year, American officials say. But another 20,000 or so militants rally under the Islamic State banner in at least eight affiliates, including in Libya, Egypt, Afghanistan, Pakistan and Nigeria. By comparison, Al Qaeda at its peak had a couple of thousand fighters, Mr. Brennan said.

Even more worrisome, the propaganda and recruitment wars face steep hurdles. Secretary of State John Kerry, in a speech last week, shared a recent exchange with an African counterpart, who told him that violent extremists in the minister’s region were recruiting and proselytizing children as young as 5 years old.

“You know, they have a plan for 30 years or 35 years,” Mr. Kerry said his foreign counterpart had told him. “We don’t even have a five-year plan.”