America and Russia: Towards a New Partnership? 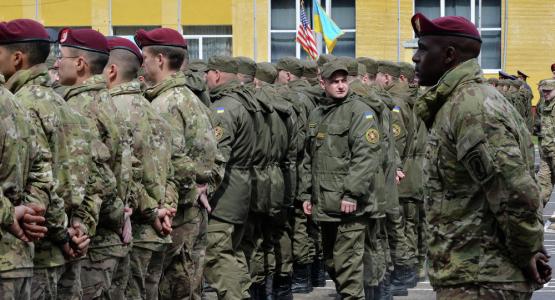 EXECUTIVE SUMMARY: A pragmatist like Reagan, President Trump will face three urgent foreign policy issues: renegotiating the Iran nuclear deal with a US-Israel military option and Russia’s acquiescence; resolving the human catastrophe in Syria in partnership with President Putin; and a Great Bargain with Putin on the Ukraine.

At home, Trump’s challenge will be to bridge bitter political and racial divides. Establishing bipartisan commissions on the Middle East and Russia might help. So would the appointment of the non-partisan General David Petraeus as Secretary of State.

In the run-up to the US presidential election, the mainstream media, the democratic campaign, and even some Republicans repeatedly warned of the supposed endangerment of the US national interest by the apparent affinity between Donald Trump and Vladimir Putin. But how real is this threat? And wouldn’t American-Russian collaboration be conducive, rather than detrimental, to Washington’s international standing?

This is not a wholly far-fetched scenario. In his June 2001 meeting with President George W. Bush, Putin, seeking America’s support for the war in Chechnya, warned of an imminent attack on the US by al-Qaeda, then nesting with the Taliban. While this warning seemed to have been ignored, the two presidents developed a genuine strategic partnership after the 9/11 attacks against the Islamist foe in Afghanistan. Most essential was Russia’s arrangement of over-flight rights and logistical support for American forces through Central Asia. Had Washington finished the war in Afghanistan rather than proceed to Iraq, Putin, who found Bush “a decent man… someone with whom he could do business,” might have even sought NATO membership, as he rhapsodized in a BBC TV interview.

As events transpired, however, with the American intervention in Iraq creating a dangerous power vacuum that was eventually filled by Islamic State (IS), and with NATO embarking on what Putin perceived as a dangerous expansion toward the Russian border, he began to speak about a new “encirclement” of Russia. In August 2008, Putin invaded Georgia, ostensibly to protect two breakaway, Russian-speaking provinces, but also to regain valuable Georgian coastline (Abkhazia) that had been lost with the Soviet Union’s collapse.

Then, despite President Obama’s backing of Secretary of State Hillary Clinton’s “reset” of US-Russian cooperation, relations quickly soured. As former Defense Secretary Robert Gates, who opposed the 2011 intervention, put it, “The Russians firmly believed they were deceived on Libya” by the expansion of the NATO intervention from the protection of civilians to the toppling of the Qaddafi regime, with the attendant loss of many Russian military and economic contracts. “They would subsequently block any future resolutions, including against President Bashar al-Assad in Syria.”

“If Libya breaks up and al-Qaeda takes root there,” Russian Prime Minister Dimitri Medvedev warned, “the extremists will end up in the north Caucasus.” After Qaddafi was killed and Libya disintegrated into an amalgam of rival Islamist militias, with weapons of the fallen regime exported to terror groups abroad and throngs of migrants using the country as a springboard for crossing into Europe, Putin was determined to ensure the survival of the Assad regime. Apart from shoring up Russia’s foremost regional ally vis-à-vis the US, which had made its removal a top priority, Moscow was heavily invested in refurbishing the port of Tartus and planned energy pipelines through Syria.

By the time of the US presidential campaign of 2015-16, Putin had concluded that, given Hillary’s foreign policy record in general and the Libya misadventure in particular, he could not work with her as president. He was likely aware of Trump’s Reagan-like strategy of reestablishing peace through strength by rebuilding the US military while at the same time rejecting large-scale foreign interventions aimed at regime change and nation-building and seeking cooperation and partnership with Russia. Reagan’s actions were rooted in pragmatism, not ideology. Trump seems to display a similar pragmatism, as well as a relatively positive view of Putin.

Rather than fight Russia, Trump must, and likely will, recognize that his most immediate task in the Middle East is to seek great power collaboration in ending the “geopolitical Chernobyl” that is the Syrian civil war (to use General David Petraeus’s words). The war is an Islamist hotbed radiating across the Middle East and attracting young jihadists from around the world. Even before his inauguration, the president-elect should present Putin with proposals for a joint Syrian policy. They should include: a) the immediate cessation of air attacks on the city of Aleppo; b) the creation of enclaves to protect innocent civilians, to be established with UN and international support; c) the removal of all Islamist groups from Syrian territory; d) a declaration of amnesty for anti-Assad resistance groups; e) a declaration of the Syrian regime’s readiness to cooperate with non-jihadist rebels in forming a unified government; and f) a purge of Assad generals found guilty of crimes against civilians.

Eventually, Assad will have to be replaced with another, more acceptable, Alawite figure (the Alawites are essential for the protection of Syrian Christians). The Sisyphean and enormously costly rebuilding of Syrian infrastructure and civil society should become a multinational project with the participation of the UN, the great powers, the anti-Islamist Sunni governments, and perhaps even Israel.

It is essential that Trump recognize the unspoken linkage between the Syrian conflict and the Ukraine – his weakest foreign policy area. These conflicts will have to be approached separately and jointly at the same time, with tough deal-making required on both fronts.

Trump can begin with Henry Kissinger’s notion of the Ukraine as a bridge between Russia and the West, rather than a western bulwark. But the bridge must be bolstered by a Swiss-Austrian-type armed neutrality and US defensive arms. Trump was poorly advised to remove these arms from the GOP platform. Because Ukraine will never seek NATO membership, the arms will be used for strictly defensive purposes.

Trump has also highlighted his intention to revise, rather than shred, the nuclear deal with Iran. To accomplish this, he will likely reinstate a genuine military option for both the US and Israel, pending Tehran’s failure to live up to its provisions.

The new president will still be dealing with those bound by the traditional Cold War view that Moscow must be kept out of the Middle East and that containment of the Russian bear is preferable to persuasion. Here, too, he may be able to calm the naysayers by following in Reagan’s footsteps. While dealing with the then-controversial Central American issue that divided America in the 1980s, Reagan established a Bipartisan Commission on Central America, chaired by Kissinger, that helped to forge a national consensus. By taking similar action, Trump could benefit from the expertise of foremost authorities. One example would be General David Petraeus, who is not only a tested military commander but also a brilliant strategist. He can preside over US foreign policy-making as did General George Marshall in the late 1940s.

Trump is a new kind of president. He took on the entire establishment and prevailed. With his ascendancy, Americans can liberate themselves from self-imposed Cold War shackles. Partnership with Christian Russia is a necessary prerequisite for the saving of Western civilization, rooted as it is in Judeo-Christian beliefs.

Recall that Franklin Roosevelt and Winston Churchill forged a close alliance with Stalin against the Nazi threat. Putin, a Christian autocrat, is no Stalin. Remember Churchill’s famous quip: “If Hitler invaded hell, I would at least make a favorable reference to the devil in the House of Commons.” Americans would do well to remember which devils they can tolerate and which they must destroy.

A distinguished Russologist, Jiri Valenta is a former consultant to the Reagan administration and among the few members of the Council on Foreign Relations (CFR) to support Trump’s candidacy in his writing. Leni Friedman Valenta is CEO of the couple’s Institute of Post Communist Studies and Terrorism and a writer-editor for the couple’s website, jvlv.net.

BESA Center Perspectives Papers are published through the generosity of the Greg Rosshandler Family
http://besacenter.org/perspectives-papers/380-valenta-america-russia-towards-new-partnership/