9/11 then and now: Terror, militarism, war and fear 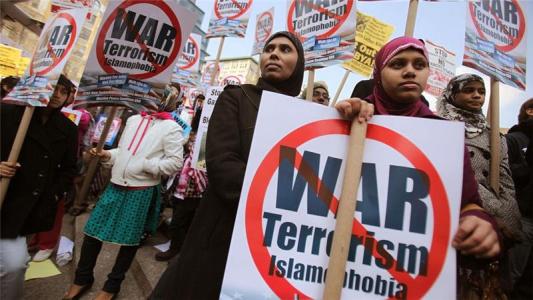 Rami G Khouri
Terrorism is a terrible thing, but it is made even more terrible and tragic when people and governments fail to react to it intelligently and allow it to perpetuate itself and expand - which is precisely what is happening today, 15 years after the 9/11 attacks by al-Qaeda against the United States.

I was in Boston on September 11, 2001, and I find myself in Boston again this week. As I watch the public's mood here, I see a very bizarre combination of militaristic triumphalism, political perplexity, and slightly hysterical fears about new terror attacks; nearly 50 percent of Americans tell pollsters today they worry about terror attacks in the US.

No wonder, then, that the balance sheet of events since 2001 is mostly negative and frightening for the whole world.

A review of American actions against terrorism since 9/11 registers one very big achievement: No major terror attack by al-Qaeda or the Islamic State of Iraq and the Levant (ISIL, also known as ISIS) against the US mainland has occurred since 2001, due to significantly enhanced anti-terror measures in the US and globally.

The rest of the balance sheet is negative. The root causes, political symptoms, and operational capabilities of al-Qaeda and ISIL-style terrorism in their Arab-Asian heartlands have expanded steadily in the past 15 years.

This expansion occurred side-by-side with heightened military attacks against them and widespread political repression and socioeconomic deterioration in their home societies.

The US and dozens of allied Western and Arab-Asian states have fought traditional and covert military campaigns against terrorists over the past two decades - without eliminating them.
In fact, the opposite has happened, partly as a response to non-stop US-led military attacks in the so-called "global war on terror" that have destabilised a dozen countries and caused thousands of civilian deaths.

Al-Qaeda has reinvented itself and even expanded its reach, and it also spawned the more vicious ISIL, and that continues to franchise itself and even inspire attacks by lone-wolf terrorists around the world.

When I witnessed at close range the 9/11 attacks in 2001, I was struck by the three-pronged response of American society as a whole - both ordinary citizens and the government.

Americans were totally perplexed about why anyone would attack the US as al-Qaeda had done; they went out of their way to read and learn about Islam, seeking to discover why some criminal Muslims carried out those attacks; and they unleashed the full, immense force of their military by attacking Afghanistan, and 18 months later, Iraq - inadvertently setting in motion perhaps the largest and most sustained expansion in international terrorism in the past century.

The explanation for this problematic situation should be obvious to any honest analyst or observer, who seem to be in short supply in American and Arab public life.

The security-based response to the 9/11 attacks - anchored in the ongoing global war on terror - has totally ignored all the underlying political and socioeconomic conditions in the Arab-Asian region that have driven the two main dynamics we still suffer today: The formation, expansion and durability of criminal terror groups, and support for these groups from millions of distressed and desperate citizens.

Most troubling today is that every single one of the underlying causes of mass citizen discontent that nourish these terror organisations has worsened over the past 15 years, rather than being tackled and redressed.

Direct foreign militarism since 2001, including continuing drone attacks, have created ideal conditions for al-Qaeda and ISIL to exist and expand.

These include fractured state control, mass civilian political resentment, and ungoverned spaces - as we have seen in Afghanistan, Pakistan, Yemen, Somalia, Syria, Iraq and Libya.Consequently, according to respected local and international pollsters, five to eight percent of populations in the Arab world express favourable views of al-Qaeda or ISIL - this reaches 15 percent in some cases.

The low figure of five percent means that perhaps 20 million Arab nationals look favourably upon al-Qaeda and ISIL and hundreds of other groups like them that have come into being in war-torn lands like Syria, Libya, Yemen and Iraq.

Alongside this is the new problem of the centre of gravity of the "global jihad" shifting from Afghanistan and Pakistan to Syria and Iraq, in the heart of the Arab world, where the ability to exploit logistical support and recruit new members is so much greater.

The demonisation and humiliation of ordinary Muslims in the West make things even worse - from being removed from civilian flights in the US for speaking Arabic, for example, to being shot dead by a Muslim-hating American neighbour or hearing a presidential candidate repeatedly ask to ban Muslims due to possible security threats.

These trends expand the support for militants around the world who claim to protect citizens from Western governments and their allies in Arab-Asian repressive governments.

We know that some 10,000 American soldiers and civilian contractors have been killed and 50,000 wounded in the Iraq, Syria, and Afghanistan wars since 2011 - the longest wars in the US history.

We do not know how many have been killed or injured in the dozen countries across the Middle East and South Asia where the global war on terror continues unabated.

Accurate counts of the dead and injured generally seem to be unavailable when it comes to the lives of darker skinned people from the global South. This is how it is in the global war on terror.

So it is no wonder that this war persists and persists as terror groups expand and expand; and, 15 years after 9/11, Americans continue to be perplexed, militaristic, and more worried than ever about new terror threats.