Trump Versus the Deep State 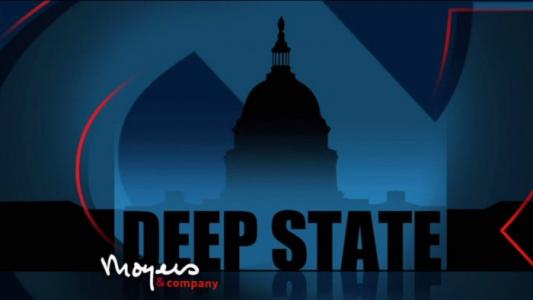 "Information Clearing House" - As President-elect Donald Trump fights off fierce assaults by the massed national security apparatus, Democrats, the neocon Praetorian Guard, and a host of other political foes, I am feeling a sharp sense of déjà vu.

Trump claimed that these attacks were like ‘living in Nazi Germany.’ Not so. The president-elect could have found a much better analogy: Moscow in August, 1991.

I was in Moscow, Central Asia and the Caucasus covering the Soviet Union’s last days and meeting with senior KGB leaders. What a dramatic and exciting time it was. In fact, on my first night in Moscow a Russian friend and I, fired from drinking potent Georgian moonshine, managed to wake up the then director of KGB, Viktor Chebrikov, at two am by playing very loud music under his apartment. He kept stamping on the floor. My Russian-Georgian friend said, ‘just ignore the old fool.’

Reformist Gorbachev was trying to remake the Communist Party, end its brutal policies, stop the stalemated war in Afghanistan, and allow restive nationalities, like the Baltic peoples, to edge away from the USSR. Gorby also wanted to cut way back on military spending – then almost 40% of GDP – that was bankrupting the Soviet Union. He sought good, peaceful relations with the West.

These policies enraged Moscow’s security agencies, its hardline Communist elite (‘nomenklatura’) and vast military industrial complex. Gorby’s proposed budget cuts would have put many of them out of business. So they decided to overthrow Mikhail Gorbachev to save their own skins. The coup utterly failed and its drunken, bungling leaders jailed.

We are observing something similar today in Washington, hence my sense of déjà vu. Trump has suggested he may reduce the bloated CIA and 16 other US intelligence agencies that spend over $70 billion annually, not including ‘black’ programs, on who knows what? Tapping communications and assassinating assorted Muslims from the air no doubt.

Trump has called for an ‘even-handed’ approach to the question of Palestine, enraging neocons who fear Israel’s headlock on Congress and the White House may be loosened. The neocon press, like the Wall Street Journal, NY Times and Washington Post, have been baying for Trump’s blood. Not since World War II has the media so dramatically dropped its mask of faux impartiality to reveal it true political agenda.

Adding to his list of foes, Trump is now under attack by religious fundamentalists in Congress for his sensible attitude to Russia. The vast military industrial complex is after Trump, fearing he may cut the $1 trillion annual military budget and efforts to dominate the globe. Members of Congress under orders from the pro-war neocons are trying to undermine Trump.

They are all using Russia as a tool to beat Trump. The hysteria and hypocrisy over alleged Russian hacking is unbelievable and infantile. Sen. John McCain actually called it a grave threat to American democracy, thus joining the Soviet old fools club. Of course Russia’s spooks probe US electronic communications. That’s their job, not playing chess. The US hacks into everyone’s commo, including leaders of allied states. It’s called electronic intelligence (ELINT).

But don’t blame the wicked Moscovites for revealing how Hillary Clinton’s Democratic National Committee rigged the primaries in her favor against Sen. Bernie Sanders. That cat was well out of the bag already.

It’s not Russian TV (for whom I occasionally comment) that is undermining America’s democracy, it’s the nation’s neocon-dominated media pumping out untruths and disinformation. Ironically, Russian TV has become one of the few dissenting voices in North America’s media landscape. Sure it puts out government propaganda. So does CNN, MSNBC and Fox. At least RT offers a fresher version.

Watching our intelligence chiefs and Sen. McCain trying to blacken Trump’s name by means of a sleazy, unverified report about golden showers in a Moscow hotel, is particularly ignoble.

It’s also a laugh. Every one who went to Moscow during the Cold War knew about the bugged hotel rooms, and KGB temptresses (known as ‘swallows’ -after the birds) who would knock on your door at night and give you the old Lenin love mambo while hidden camera whirled away. I asked for 8×10 glossies to be sent to my friends. But sadly for me, the swallows never came though I did meet some lovely long-legged creatures at the Bolshoi Ballet. So-called honey traps were part of the fun of the cold war.

Humor aside, it’s dismaying to hear senior US intelligence officials who faked ‘evidence’ that led to the invasion of Iraq and used torture and assassination attacking Donald Trump. Of course their jobs are at risk. They should be. The CIA, in particular, has evolved from a pure intelligence gathering agency into a state-sanctioned Murder Inc that liquidates real and imagined enemies abroad. The KGB used to do the same thing – but more efficiently.

Our intelligence agencies are a vital component of national security – which has become our new state religion. But in true bureaucratic form (see Parkinson’s Laws) they have become bloated, redundant and self-perpetuating. They need a tough Trump diet and to be booted out of politics. This past week’s display of the deep state’s grab for power – a sort of re-run of one of my favorite films, ‘Seven Days in May’ – should remind all thinking Americans that the monster police state apparatus created by President George W. Bush is the greatest threat to our Republic.