Trump, Kissinger and Ma playing on a crowded chessboard 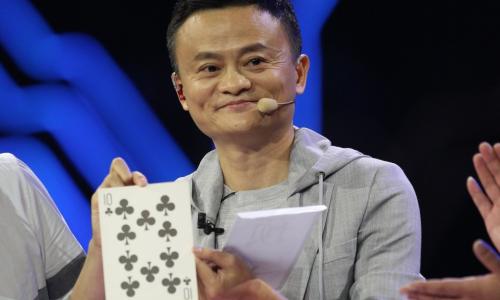 Confrontational rhetoric from the Pentagon and State Department is just noise, writes Pepe Escobar; the real Great Game plotting is on a deeper level

Incoming US Secretary of State “T Rex” Tillerson told the Senate Foreign Relations Committee that China should be denied access to islands in the South China Sea. Militarization of the islands, he said, was “akin to Russia taking Crimea” from Ukraine.

Incoming Pentagon head James “Mad Dog” Mattis told the Senate Foreign Relations Committee the established world order is under its “biggest attack” since World War I: from Russia, as Putin is trying to “break” NATO, “from terrorist groups and with what China is doing in the South China Sea.”

In principle, these outbursts spell out an unchanged script for both the Pentagon and the US State Department as we approach the Donald Trump era. Pentagon doctrine rules that Russia and China, in that order, are the top “existential threats” to the US.

Yet in the shadow play of the New Great Game in Eurasia, this is all sekala — the tangible; the real action is in the realm of niskala, in the invisible shades of gray.

And that brings us once again to Henry Kissinger, the putative dalang — puppet master — of Trump’s foreign policy.

As leaked late last year in Germany’s Bild Zeitung newspaper, Kissinger has drafted a plan to officially recognize Crimea as part of Russia and lift the Obama administration’s economic sanctions.

The plan fits into Kissinger’s overall strategy — call it a traditional British Balance of Power, or Divide and Rule, approach — of breaking up the Eurasian front (Russia-China-Iran) that constitutes the real “threat” to what Mattis defines as the “established world order.” The strategy consists in seducing the alleged weaker top “threat” (Russia) away from the stronger (China), while keeping on antagonizing/harassing the third and weakest pole, Iran.

Kissinger is certainly more sophisticated than predictable US Think Tankland in his attempt to dismember the Shanghai Cooperation Organization, one of key nodes of the Russia-China strategic partnership. The SCO has been on the go for a decade and a half now. Iran, an observer, will soon become a full member, as will India and Pakistan; and Turkey — after the failed coup against Erdogan — is being courted by Moscow.

German analyst Peter Spengler adds a juicy teaser — if Kissinger’s “Metternichian approach would include some degree of ‘harmonization’ with Russia, how will a Trump presidency then manage to contain the re-engineered ally Germany?” After all, a key priority for sanctions-averse German industrialists is to vastly expand business with Russia.

Russia a threat to China?

Kissinger’s strategy essentially tweaks the early 1970s Trilateral Commission, largely advanced by his rival dalang Dr Zbigniew “Grand Chessboard” Brzezinski, according to which geopolitics is to be managed by North America, Western Europe and Japan.

A nice touch is that Kissinger, alongside “T Rex” Tillerson and Dr Zbig himself, is on the board of trustees of Washington think tank the Center for Strategic and International Studies (CSIS). It’s all in the family.

The US deep state plutocracy never sleeps. Admitting both Russia and China, linked by a strategic partnership, as equal stakeholders in the “established world order” is anathema; that would imply the end of US hegemony.

And that’s where the top Western would-be dalangs diverge, as they look for the most efficient Divide and Rule opening. Kissinger privileges Russia; Dr Zbig privileges China, painting it as a threat to Russia. Meanwhile, Russian Eurasianists — in frontal opposition to the Atlanticists — visualize the US, China and Russia on an equal geopolitical footing.

It will be fascinating to watch how the New Great Game develops in the Central Asian “stans”. That’s a privileged theater in which to see the Russia-China strategic partnership, or division of labor, in action: China goes no holds barred on investment — via One Belt, One Road, aka the New Silk Roads — while Russia remains paramount in politics and security.

It’s crucial to identify the priorities. For Russia, they are NATO encroaching on its Western borderlands, and the threat posed by the possible return of Southern Caucasus and Central Asian Salafi-jihadis from across “Syraq” — as reflected in the fretting by Russian intelligence that Aleppo is only 900 kilometers from Grozny.

For China, the priorities are Taiwan; the South China Sea; and the Senkaku/Diaoyu islands.

The bottom line: Moscow feels no existential “threat” from Beijing because for China, Central Asia and the Russian Far East register essentially as economic/investment opportunities along the New Silk Roads.

Trump will do business and clinch deals with China, while his deep state-tinged cabinet barks the usually explosive national security rhetoric, dalang Kissinger plots a Russia-China split, and Moscow-Beijing secretly concoct concerted moves
Once again, Kissinger’s strategy will run into a solidified Russia-China strategic partnership — already manifested in Pipelineistan (multibillion-dollar oil and gas projects); security deals; the SCO; cooperation inside BRICS; exchange of cutting-edge military technology; and the progressive interlocking of the New Silk Roads and the Eurasian Economic Union.

When the New Silk Roads hit the next level, by the start of the next decade, the Eurasian heartland, as well as the rimland, will be deeply immersed in a connectivity frenzy. Welcome to Mackinder and Spykman revisited — and there’s no “offer” Washington can come up with to make it go away.

Into this crucial juncture steps Jack Ma. The Trump-Ma meeting at Trump Tower was niskala disguised as sekala.

The House That Ma Built — Alibaba — is no less than the New Great Wall, resisting the assault of behemoth Amazon.com in the ultimate commercial arena of the 21st century: e-commerce. Ma also happens to be very close to Chinese President Xi Jinping.

Like an upgraded we-mean-business Deng Xiaoping, Ma proposed, on the record, the creation of 1 million US jobs. That’s an offer Trump cannot possibly refuse. And this after shadow US Secretary of State Jared Kushner had a Chateau Lafite Rothschild-inundated lunch with another Chinese tycoon, Anbang Insurance Group’s Wu Xiahoui, who married Deng’s niece and whose company owns the Waldorf Astoria hotel in Manhattan.

Ma’s business firepower should not be underestimated. Alibaba is involved in a massive project to modernize even rural China. He’s the face of Chinese business not only internally but globally. Xi Jinping knows this all too well — who better than Ma as China’s top business ambassador? This is not, as Japanese interests spin it, about the “death” of Made in China; it is about globalized China exporting business and jobs to the West.

All of the above points to a very crowded chessboard. Trump will do business and clinch deals with China, while his deep state-tinged cabinet barks the usually explosive national security rhetoric, dalang Kissinger plots a Russia-China split, and Moscow-Beijing secretly concoct concerted moves. Place your bets on who will be the major partner in the Trump, Kissinger and Ma law firm.

Pepe Escobar is correspondent-at-large for Asia Times. His latest book is 2030, published by Nimble Books.