The Terrifying Parallels Between Trump and Erdogan 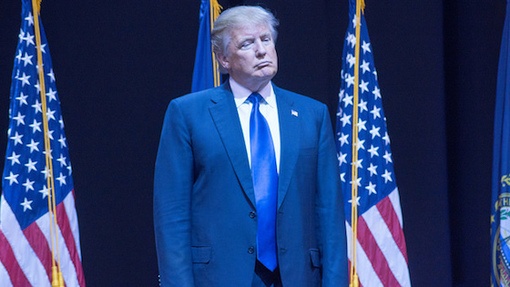 As Donald Trump prepares for his inauguration, he is struggling with opposition from the US media, intelligence agencies, government apparatus, parts of the Republican Party and a significant portion of the American population. Impressive obstacles appear to prevent him exercising arbitrary power.

He should take heart: much the same was said in Turkey of Recep Tayyip Erdogan in 2002 when he led his Justice and Development Party (AKP) to the first of four election victories. He faced an army that, through coups and the threat of coups, was the ultimate source of power in the country, and a secular establishment suspicious of his Islamist beliefs. But over the years he has outmanoeuvred or eliminated his enemies and – using a failed military coup on 15 July last year as an excuse – is suppressing and punishing all signs of dissent as “terrorism”.

As Trump enters the White House, the AKP and far right nationalist super majority in the Turkish parliament is this month stripping the assembly of its powers and transferring them wholesale to the presidency. President Erdogan will become an elected dictator able to dissolve parliament, veto legislation, decide the budget, appoint ministers who do not have to be MPs along with senior officials and heads of universities.

All power will be concentrated in Erdogan’s hands as the office of prime minister is abolished and the president, who can serve three five year terms, takes direct control of the intelligence services. He will appoint senior judges and the head of state institutions including the education system.

These far-reaching constitutional changes are reinforcing an ever-expanding purge begun after the failed military coup last year, in which more than 100,000 civil servants have been detained or dismissed. This purge is now reaching into every walk of life, from liberal journalists to businessmen who have seen $10bn in assets confiscated by the state.

The similarities between Erdogan and Trump are greater than they might seem, despite the very different political traditions in the US and Turkey.

The parallel lies primarily in the methods by which both men have gained power and seek to enhance it. They are populists and nationalists who demonise their enemies and see themselves as surrounded by conspiracies. Success does not sate their pursuit of more authority.

Hopes in the US that, after Trump’s election in November, he would shift from aggressive campaign mode to a more conciliatory approach have dissipated over the last two months. Towards the media his open hostility has escalated, as was shown by his abuse of reporters at his press conference this week.

Manic sensitivity to criticism is a hallmark of both men. In Trump’s case this is exemplified by his tweeted denunciation of critics such as Meryl Streep, while in Turkey 2,000 people have been charged with insulting the president. One man was tried for posting on Facebook three pictures of Gollum, the character in The Lord of the Rings, with similar facial features to pictures of Erdogan posted alongside. Of the 259 journalists in jail around the world, no less than 81 are in Turkey. American reporters may not yet face similar penalties, but they can expect intense pressure on the institutions for which they work to mute their criticisms.

Turkey and the US may have very different political landscapes, but there is a surprising degree of uniformity in the behaviour of Trump and Erdogan. The same is true of populist, nationalist, authoritarian leaders who are taking power in many different parts of the world from Hungary and Poland to the Philippines. Commentators have struggled for a phrase to describe this phenomenon, such as “the age of demagoguery”, but this refers only to one method – and that not the least important – by which such leaders gain power.

This type of political leadership is not new: the most compelling account of it was written 70 years ago in 1947 by the great British historian Sir Lewis Namier, in an essay reflecting on what he termed “Caesarian democracy”, which over the previous century had produced Napoleon III in France, Mussolini in Italy and Hitler in Germany. His list of the most important aspects of this toxic brand of politics is as relevant today as it was when first written, since all the items apply to Trump, Erdogan and their like.

Namier described “Caesarian democracy” as typified by “its direct appeal to the masses: demagogical slogans; disregard of legality despite a professed guardianship of law and order; contempt of political parties and the parliamentary system, of the educated classes and their values; blandishments and vague, contradictory promises to all and sundry; militarism; gigantic blatant displays and shady corruption. Panem et circenses [bread and circuses] once more – and at the end of the road, disaster.”

Disaster comes in different forms. One disability of elected dictators or strongmen is that, impelled by an exaggerated idea of their own capacity, they undertake foreign military adventures beyond their country’s strength. As an isolationist Trump might steer clear of such quagmires, but most of his senior security appointments show a far more aggressive and interventionist streak.

A strength of President Obama was that he had a realistic sense of what was attainable by the US in the Middle East without starting unwinnable wars as President George W Bush did in Iraq and Afghanistan. During the presidential election campaign, Trump showed signs of grasping – as Hillary Clinton did not – that Americans do not want to fight another ground war in the Middle East or anywhere else. But this naturally limits US influence in the world and will be at odds with Trump’s slogan about “making America great again.”

The disaster that Namier predicted was the natural end of elected dictators has already begun to happen in Turkey. The Turkish leader may have succeeded in monopolising power at home, but at the price of provoking crises and deepening divisions within Turkish society. The country is embroiled in the war in Syria, thanks to Erdogan’s ill-judged intervention there since 2011. This led to the Syrian branch of the Kurdistan Workers Party (PKK) establishing a de facto state in northern Syria and Isis doing the same in Syria and Iraq. At home, Erdogan restarted the war with the Turkish Kurds for electoral reasons in 2015 and the conflict is now more intractable than ever.

Every few weeks in Turkey there is another terrorist attack which is usually the work of Isis or a faction of the PKK – although the government sometimes blames atrocities on the followers of Fethullah Gulen, who are alleged to have carried out the attempted military coup last July. In addition to this, there is an escalating financial crisis, which has seen the Turkish lira lose 12 per cent of its value over the last two weeks. Foreign and domestic investment is drying up as investors become increasingly convinced that Turkey has become chronically unstable.

Erdogan and Trump have a further point in common: both have an unquenchable appetite for power and achieve it by exploiting and exacerbating divisions within their own countries.

They declare they will make their countries great again, but in practise make them weaker.

They are forever sawing through the branch on which they – and everybody else – are sitting.