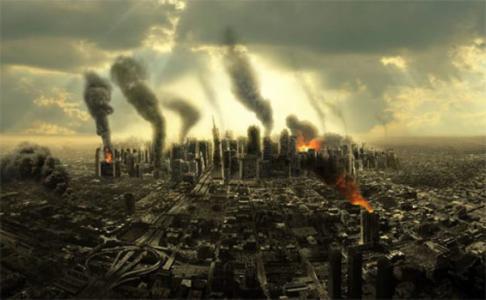 "Information Clearing House" - It only required 24 days for the Deep State to castrate President Donald Trump and terminate the promise that the high tensions with Russia created during the Clinton, George W. Bush, and Obama regimes would be terminated by Trump’s presidency.

As Gareth Porter shows conclusively, the case against General Flynn, Trump’s 24-day National Security Adviser, and by implication against Trump himself, is a fake news creation.

Obama’s CIA director, John Brennan, planted fake reports, none of which contained any evidence whatsoever, on the CIA-compliant media whores known as “presstitutes.” The CIA’s media whores knew that the reports were a CIA response to the threat to the $1,000 billion annual budget of the military/security complex that desperately needs “the Russian threat” for its justification. But the media whores—-principally the New York Times, Washington Post, CNN, MSNBC—-and all the rest as well are more dedicated to serving their CIA master than they are to serving peace between nuclear powers. Interesting, isn’t it, that the US and Western media are more committed to conflict with Russia than they are to peace, despite the brutal fact that 10 percent of the nuclear arsenal of either the US or Russia is sufficient to terminate all life on earth.

As Patrick Lawrence says: “The lights upon us are dimming. We have been more or less abandoned by a press that proves incapable of informing us in anything approaching a disinterested fashion. As suggested, either the media are Clintonian liberals before they are newspapers and broadcasters, or they are servants of power before they serve us.”

All we have left, says Lawrence, is the alternative media. “To put this simply and briefly, they and we must learn that they are not ‘alternative’ to anything. In the end there is no such thing as ‘alternative media,’ as I often argue. There are only media, and most of ours have turned irretrievably bad.”

The alternative media is the Internet media, websites such as this one, RT, the Intercept, USAWatchdog, Alex Jones, Information Clearing House, Global Research, Unz Review, etc. These independent news sites are under attack. Remember the list of 200 “Russian agents/dupes”? Every source of information that does not subscribe to the Deep States’ Matrix creation of “the Russian Threat,” which is the Deep State’s replacement for the orchestrated “Soviet Threat,” has been selected for shutdown. Apparently, Alex Jones is already having problems with Google. Several websites managed to get off the 200 List, and those that have seem to have collapsed as members of the opposition.

As the Nazis said, all it takes is fear, and the people collapse.

Trump’s presidency is effectively over. Even if he is permitted to remain in office,
he will be a figurehead for the Deep State’s presidency. President Trump has already fallen into line with the military/security complex. He has said Russia has to return Crimea to Ukraine, whereas in fact Crimea returned itself to Russia. He has rejected a new strategic arms limitations treaty (START) with Russia, stating that he wants supremacy in nuclear armaments, not equality. Obama’s one trillion dollar upgrade of the US nuclear arsenal is likely to get a boost from Trump.

After one month in office the goal has changed from reduced tensions with Russia to greater tensions. Greater tensions might soon be upon us. There are plans to occupy part of Syria with US troops in order to prevent Syria with Russia’s help from reuniting the country. Part of Syria is to go to Turkey, part to the Kurds, and Washington will keep a chunk. This way Washington can keep the turmoil going forever. The Russians brought this problem on themselves. Ever hopeful for Washington’s cooperation against ISIS, Russia dallied in cleaning out ISIS. The prospect that Trump would work with Russia as part of better relations assumed that Trump would actually be in charge, which has turned out to be delusional.

It is difficult to know if the new Trump regime is more Iranophobic than Russophobic. The Trump regime’s inclination to jettison the Iran agreement and reopen the conflict means more conflict with Russia. Washington’s continued provocations of both Russia and China will dispel any lingering Russian expectations of better relations with Washington.

It is bizarre to see the liberal-progressive-left allied with the warmongers against Trump. As the neoconservatives pull nuclear Armageddon out of the grave that Reagan and Gorbachev put it in, the American left demands the impeachment of the president whose goal was better relations with Russia. Once the champion of the working class, the left now champions Identity Politics. Trump’s goal of jobs for the working class leaves the leftwing cold. The left wants to destroy the “Trump deplorables,” which the left describes as “racist, misogynist, homophobic, gun nuts.” In Identity Politics, every identity is a victim except the oppressor identity—white heterosexual males.

Where then is the opposition to the neoconservative ideology that is driving US foreign policy toward world hegemony? There are a few of us, but we are being cast as “Putin agents.” In other words, those who have sufficient intelligence to understand that Washington is not going to achieve hegemony over Russia and China or even Iran, but is likely to provoke nuclear war by trying, are relegated to the traitor class.

The reason that there is still life on earth after more than a half century of nuclear weapons is that American presidents and Soviet leaders worked together to reduce tensions. During these decades, there were numerous false alarms of incoming ICBMs. However, because the leadership of both countries were working together to avoid nuclear conflict, the warnings were disbelieved both by the Soviets and Americans.

Today the situation is vastly different. The last three US presidents, and now apparently Trump also, worked overtime to increase tensions between the two nuclear powers. Moreover, it was done in ways that convinced the Russian government that Washington is completely untrustworthy. The ongoing vicious lies about the Russian connections of Trump and his associates are so obviously false as to be laughable, but the Russians are seeing that the falsity of the charges notwithstanding, Trump’s National Security Adviser has fallen and Trump himself might be next.

In other words, the Russians are observing that in America facts are not relevant to outcomes. The Russians have already experienced this with regard to themselves with the lies about Putin, the Ukraine, Georgia, and Russian intentions toward Europe. Putin is routinely called a “thug,” “murderer,” “the new Hitler” by US politicians, presstitutes, and the Democratic Party’s candidate in the recent presidential election. Ranking US generals describe Russia as the “principal threat to the US.” NATO commanders assert that the Russian Army could occupy the Baltics and/or Poland at any moment. These nonsensical accusations and predictions suggest to the Russians that the West is preparing its populations for an attack on Russia.

This is the extreme risk to which the insane neoconservatives, the idiot liberal-progressive-left, the greedy military/security complex, and the aggressive generals have exposed life on earth.

And the few voices warning of the risk are dismissed as “Russian agents.”